Everland, Korea’s largest theme park, celebrates its 45th birthday this year. From its beginning as Yongin Farmland to the world-class theme park that it has become today, Everland has consistently sought to provide park visitors with the best possible leisure experience.

Of all the numerous attractions that Everland has unveiled over the years, Safari World is one that has been there since its opening in 1976. Through its evolution and transformations, it has consistently been the most popular attraction, drawing about 84 million visitors from its opening to the present day.

Commemorating its 45th anniversary, Safari World has once again presented a new face to visitors this spring with the introduction of new tour trams. In celebration of the new Safari World, we highlight some snapshots from its history.

A big draw ever since its early days

In 1976, what was then Yongin Farmland constructed a zoo, not merely as a place where people could look at animals but as something more: an ecological learning center where visitors could learn about and experience nature. Probably the most popular section of the zoo has always been the lion safari, the first in Korea and also Asia. Taking a tour bus directly into the safari park and observing the big cats from up close created a sensation at the time, and word of mouth soon spread, attracting big crowds.

Thanks to this popularity, the experience repeatedly grew to add a tiger safari in the 1980s and a bear safari in 1990. In 1996, the savanna safari was a big addition, featuring elephants, giraffes, zebras, ostriches, and other plant-eaters from tropical regions. To top it all off, a new collective name was given, Safari World. 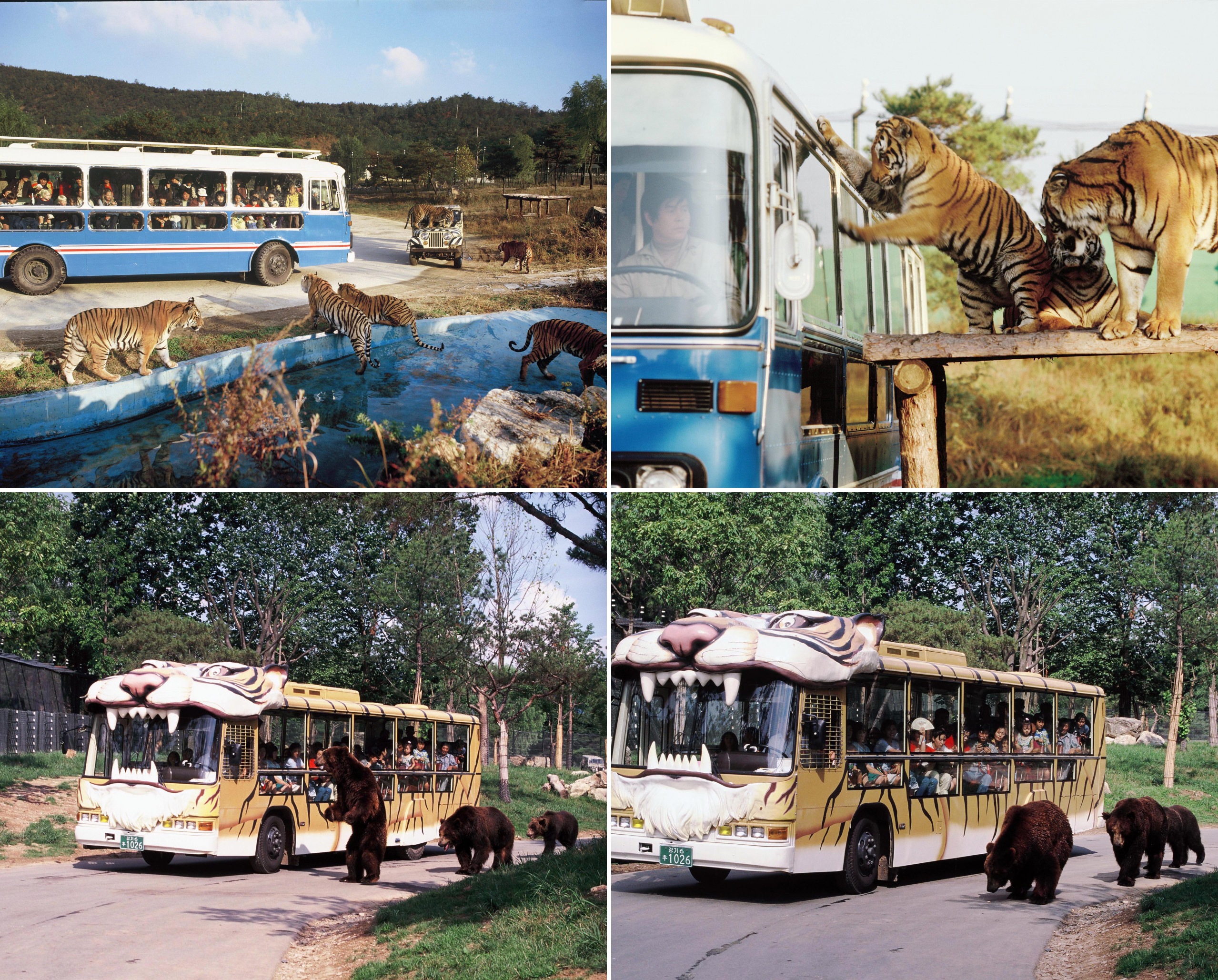 Everland’s zookeepers are also putting their rich experience and knowledge of animals to a different use by serving as safari tour bus drivers. Instead of tape recordings narrating the tour, these zookeepers engage in live storytelling about the habits and backstories of encountered animals, playing a major role in further developing the safari tour experience.

From a closer tour to hand-feeding giraffes

Safari World launched more diverse new ways to enjoy the attraction in the 2000s. For groups who wanted a more intimate experience, Safari World Special Tours kicked off. A specially armored zebra-striped vehicle ferried small numbers of visitors even closer to the animals while riding lower to the ground too.

Safari World became only the second such park on Earth to offer a nighttime safari, providing a new experience watching the activities of nocturnal predators awakened from their slumber while in the safety of safari tour buses rolling quietly through the dark.

In 2010, a special herbivore safari tour was launched, giving visitors a chance to observe plant-eating animals from up close. Whether on a bus or a raised walkway through this section of Safari World, on this safari the elephants, giraffes, and zebras were so close they almost seemed to be welcoming visitors into their midst. People could even have the experience of feeding giraffes by hand.

These animals have achieved some impressive feats. The giraffe population has steadily grown since their first arrival; proud mother Jangsoon gave birth to her world-record-breaking 18th calf in September 2013. Meanwhile, Koshik the talking elephant was featured in an academic paper in Current Biology journal in 2013 for imitating human speech.

In the attraction’s almost-half-century history, the Safari Bus has played an integral part in visitor experiences by escorting them through the wild kingdom. And in May, the bus retired after 45 years of service.

Picking up the baton of the Safari Bus is the Safari World Wild Tram. This is a kind of trackless train of three carriages connected in series that can travel freely around Safari World. Everland has been preparing the safari trams for two years ahead of this 45th anniversary year. 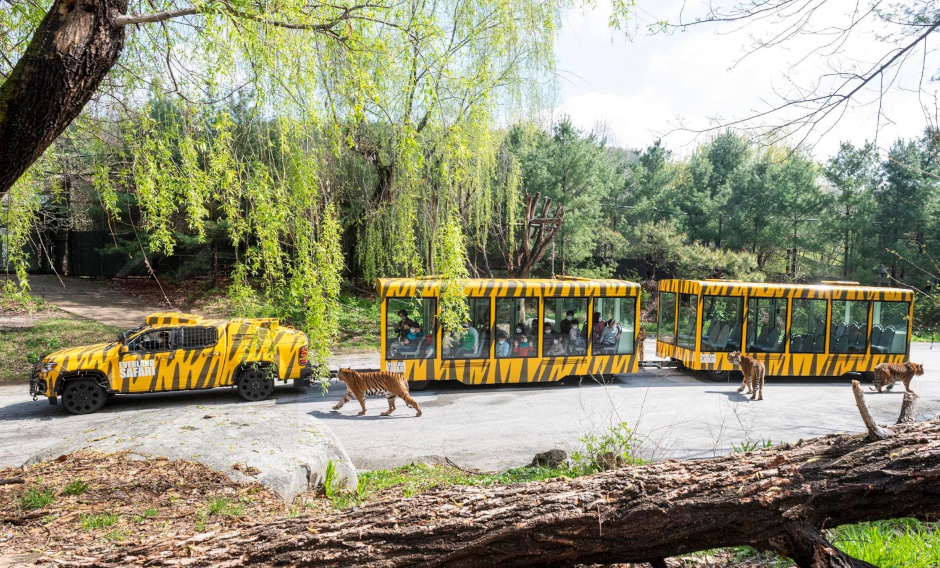 Measuring 22 meters from end to end, the tram is equipped with floor-to-ceiling windows, providing an unobstructed panoramic view. When seated, the eye level of the passengers is significantly lower than the bus’s, allowing almost eye-to-eye observation with 50 predators of seven animal species, including lions, brown bears, the very rare Korean tigers, Asiatic black bears and hyenas.

The new trams display six different vehicle wraps, featuring tigers, military themes, and games. Driving in rotation, the different concepts will give Safari World visitors a different thrill each time they climb aboard.

Over the last 45 years, Everland has not been a place that is content to rest on its laurels. Safari World has also seen many changes, expansions and additions. With the introduction of touring trams, it will be interesting to see how they will boost the Safari experience.

Constructing safely and stably under Singapore