She calls her game aggressive and likes being known for her no-nonsense approach to golf. It’s probably what handed Sung-hyun Park, the champion of this year’s U.S. Women’s Open, her first career LPGA victory in July.

The 23-year-old started playing golf when she was nine and is known for having nerves of steel. Ahead of her LPGA debut this year she boldly stated that her two goals were landing a major title and becoming rookie of the year. She has already made one of the two a reality. 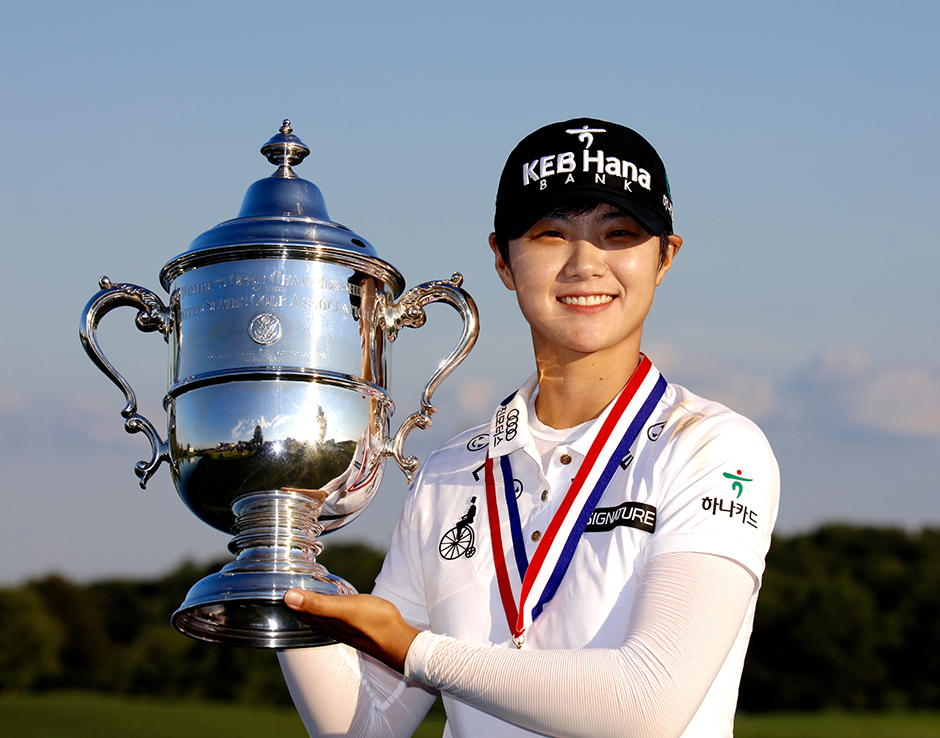 Park has been described as having a graceful long swing line – something that was further accentuated by her outfit of choice for the final round of the U.S. Women’s Open tournament. She donned a pair of black pants with a simple but playful white shirt, matching her impish smile.

Her favorite colors are black and red, but Park says her sponsor Beanpole Golf has been a great choice in providing a varied palette of colors and clothes that fully accommodate her needs. The golf brand started sponsoring the South Korean player last year – a year in which she secured seven wins during her Korea tour. During some of the most decisive rounds, Park was consistently seen wearing yellow, which has now become one of her signature colors.

To congratulate the super rookie, Beanpole organized a number of events for her fans just after her victory, offering steep discounts online and even giving out a limited number of autographed golf hats. 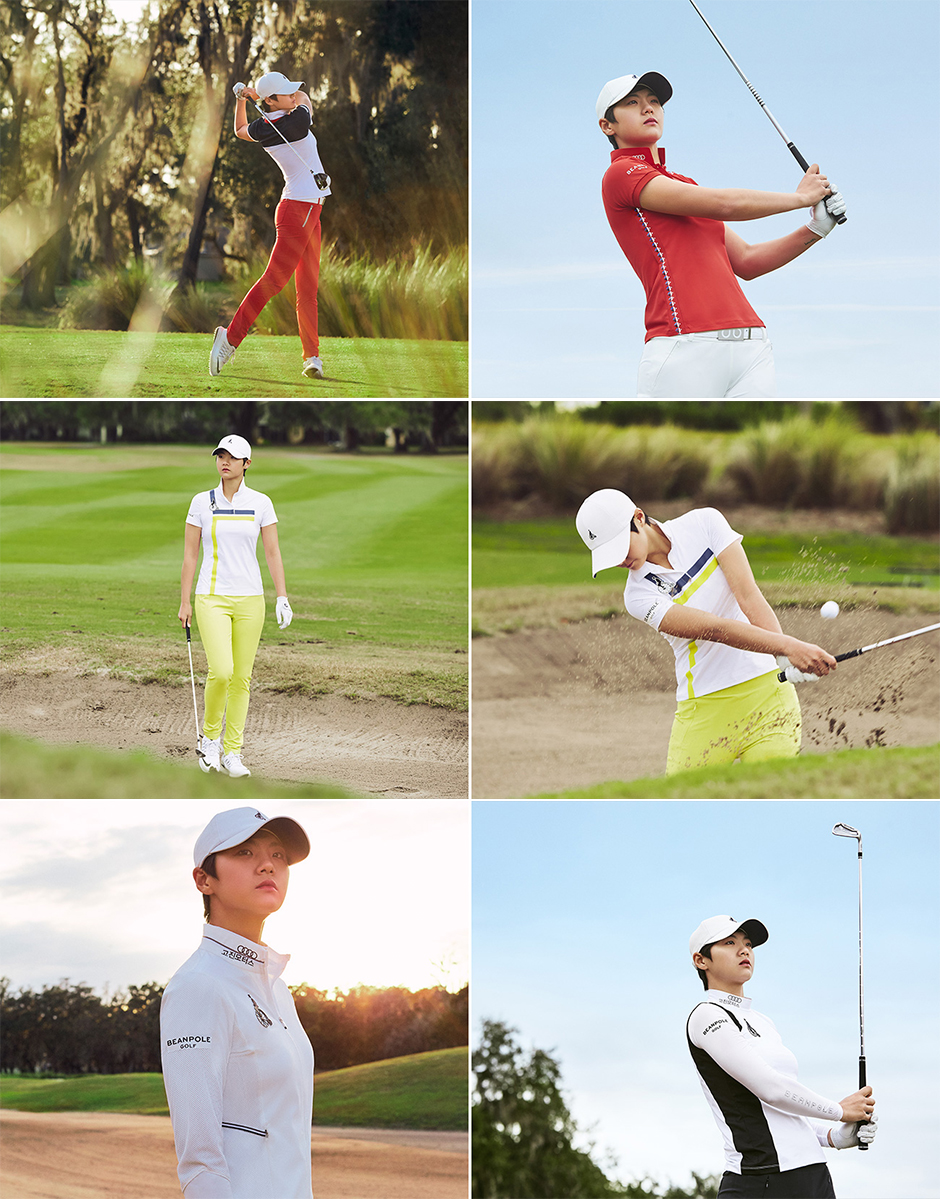 Up Your Game with Tips for Perfection

If you missed out on the events, there’s still a way to benefit from the excitement. Your goal may not be landing a major championship this year, but if you want to up your game this summer and turn your bogeys into birdies, check out some of Park’s tips for perfection.

First and foremost, it’s about speed and strength. Stand just about half a step wider than your regular stance and brace your body for more strength. Remember, though, for smooth body rotation your upper body should be more relaxed, and in terms of the placement of your head, think of it as being slightly behind the ball. Finally, pace yourself throughout the swing and make sure not to disrupt your rhythm.

Tip 2: A Draw Shot with a Perfect Curve

To get on the right trajectory on a dogleg hole, start off by tweaking your tee so it’s a little higher and stand more towards the left side of the teeing ground. Your aim should be to the right but give your left hand (for right-handed golfers) a strong grip by rotating it slightly to produce a better in-to-out swing. The key to hitting a draw is absolute confidence at the moment of impact.

Fades are great when there’s an obstacle in front or when greater stability is a must. Use a more open stance and lower your tee slightly to create an out-to-in trajectory. Seeing the swing through is important in a fade, so try to maintain the angle of your hand after impact for less rotation. Don’t forget, a fade will give you less distance but more accuracy.

Tip 4: Hit the Flagstick with a Short Iron

With a short iron, aim directly for the pin since the ball will have less run. As you look down at the ball, try to hit it more from the right at a deep angle. The more spin the ball gets, the easier it is to stop it on the green. Rhythm is crucial in the process. A great tip is to count one, two, from address to back swing, and three for impact.

Tip 5: Getting Your Fairway Wood Right

If you’re looking for a bold move – for example, getting the ball on the green in two shots for a par-5 – a strong wood will get you right where you want. Timing is important but don’t overthink it, and you don’t need to slow down to get it right. What is important is where you position the ball. A placement towards the right will increase your chances of a miss, so keep it slightly to the left.

Tip 6: Sail ahead with a Stinger

Mastering your swing for a windy day is essential in taking your game to the next level. A stinger shot can help you sail ahead even against strong headwinds or when the next hole is downhill. Maintaining a low shot trajectory is key in protecting the ball from strong resistance. Position the ball more to the right and try to keep your head in line with it. Make sure your grip is a bit looser. Tightness in your grip will only send the ball higher and not forward.

Tip 7: Blast Your Way out of the Bunker

Even on the best day, you might find yourself in the bunker. The top priority is, of course, to escape, and with a good bunker blast, there should be nothing to fear. First, place your feet so that the ball is in line with the left heel and keep your stance open. The head of the club should be held parallel to the sand at an 80- to 90-degree angle, and most importantly, your downswing must stay brisk.

The lob shot is considered one of the trickiest shots. You use it to get past obstacles, escape the rough, or when the pin is towards the front of the green. The closer you are to the target, the more you should open the head of your club. For 20 yards, 45 to 50 degrees is a good place to start, and remember to align the ball with your left heel. Releasing the club at impact is crucial for a confident shot. The lob shot comes with its risks, but a large and fast swing can bring you a pleasant surprise.

The Game of Life

The game of golf has been likened by many to the ups and downs we see in life. On any given day, the stars can align and hand you the perfect opportunity, or you may see things turn sour and send your game downhill.

Sung-hyun Park is a firm believer in learning from new challenges. With her tips to master each shot, head out to hone your skills and make the game work for you.