The best place to spend

Halloween and fall in Korea

Since ancient times, people have celebrated ghostly goings-on at this time of year. The origins of what we now call Halloween may be found in an old Celtic festival called Samhain, when people would do things that might seem surprisingly familiar – dressing up in costumes to fool ghosts that might want to harm them, but also playing tricks and blaming them on spirits and fairies.

These traditions have been adopted throughout the world, and Everland theme park is arguably the best place to celebrate Halloween in Korea.

The Samsung C&T-operated park just south of Seoul is already being haunted by zombies and scary clowns for a season of Halloween treats up until November 17.

Everland also happens to be a wonderful spot to enjoy the turning leaves of autumn if visitors want to add some relaxation to their experience. 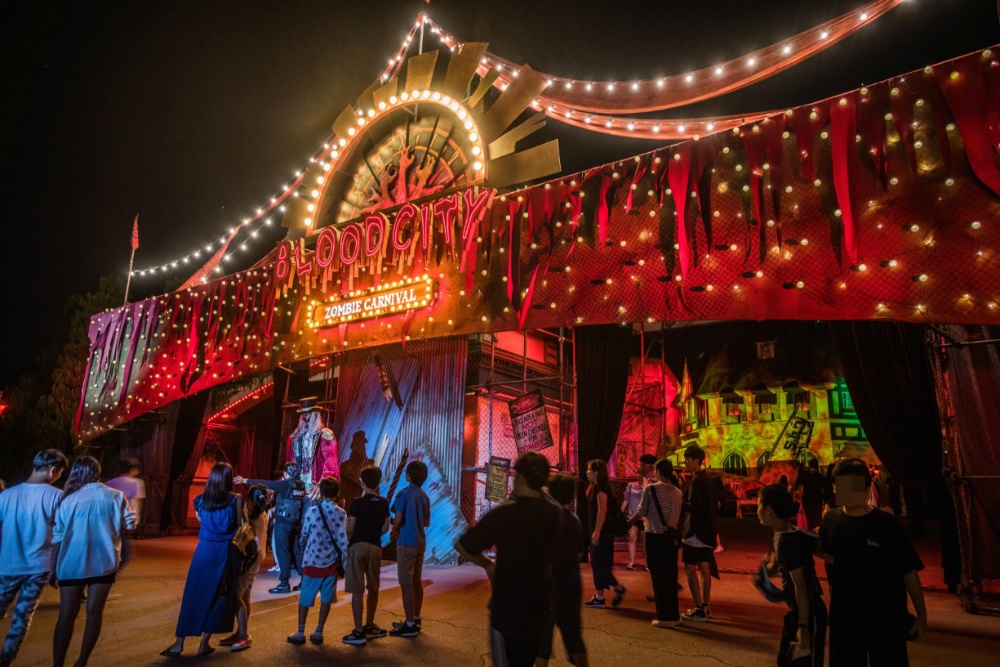 During the Halloween festival, a sweeping area from the European Adventure zone to Zootopia has turned into an abandoned district called Blood City, occupied by zombies and horror props, offering visitors various horror experiences.

In its third season this year, Blood City has scaled up its game by featuring Pierrot clowns in addition to zombies. About 100 clowns and zombies roam the area, looking for unsuspecting visitors to surprise by randomly popping up from place to place.

Blood City is also a perfect backdrop with various social media-worthy spots, including Zombie Station, where zombies are caged for experiments, and Raptor Research Center, where a zombie virus has transformed the original Raptor Ranger attraction.

While haunted cabin Horror Maze dares visitors to test their courage, the zombie attacks become stronger at night, challenging the passengers of T-Express, Amazon Express and the Safari World bus to escape from them.

There is also a flash mob zombie dance raid, Crazy Zombie Hunt, every night, and a live rock party by Devil’s Rock in zombie costumes.

If just encountering zombies is not enough, Salon de Zombie offers you the chance to turn yourself into a zombie and join the grisly group.

Happy Halloween for people of all ages

For families with younger children who want to tone down the horror but still celebrate Halloween, Everland has plenty to offer in addition to its regular magical attractions and rides.

Where the fall colors are

Aside from all the Halloween festivities, Everland is also the perfect destination to enjoy Korea’s famous autumn weather and turning leaves.

Even those zombies and clowns might be jealous of the makeover demonstrated by Everland’s thousands of trees changing colors during the fall season. The theme park offers four different ways to enjoy the autumn leaves.