Pioneering the Future of the Skybridge

Urban skylines are growing upward. But as global city-dwellers continue to reach for the skies, constructors have now begun asking themselves how to best use the spaces between skyscrapers. Instead of just building up, they are now building across – and installing walkways to connect some of the tallest buildings in the world.

In many cases, the results are breathtaking. Glass bridges hundreds of meters above the ground give unobstructed cityscape views, and can help workers, residents and shoppers move faster between the high-rise structures in which they work, rest and play.

But how are skybridges constructed? How did they come into being? And are they transitioning from their ornamental origins toward a function-based future?

The Original and Best?

Although skybridges can now be found all over the world, perhaps the most famous of all is the Petronas Towers’ iconic Skybridge, installed by Samsung C&T’s Engineering and Construction Group.

The Petronas Towers have just turned 20, but the Malaysian dual towers’ appeal is lasting. The buildings ranked as one of TripAdvisor’s 25 “most popular tourist attractions in the world” in 2016, thanks in part to their pioneering Skybridge, which remains a tourist favorite.

The fruit of Samsung C&T’s labors was a 58.4m double-decked structure that joins both tower’s 41st-story sky lobbies – no less impressive now than when it was first unveiled two decades ago. It also doubles as support mechanism, keeping the towers strong and stable, even in windy conditions.

The Petronas Towers Skybridge placed at number one on skyscapercity.com’s online readers’ poll of skybridges. And over time, it has developed additional functionality. In 2012, it was the venue for the world’s highest-ever fashion show, an event whose designer made full use of the bridge’s distinct visual look and feel. 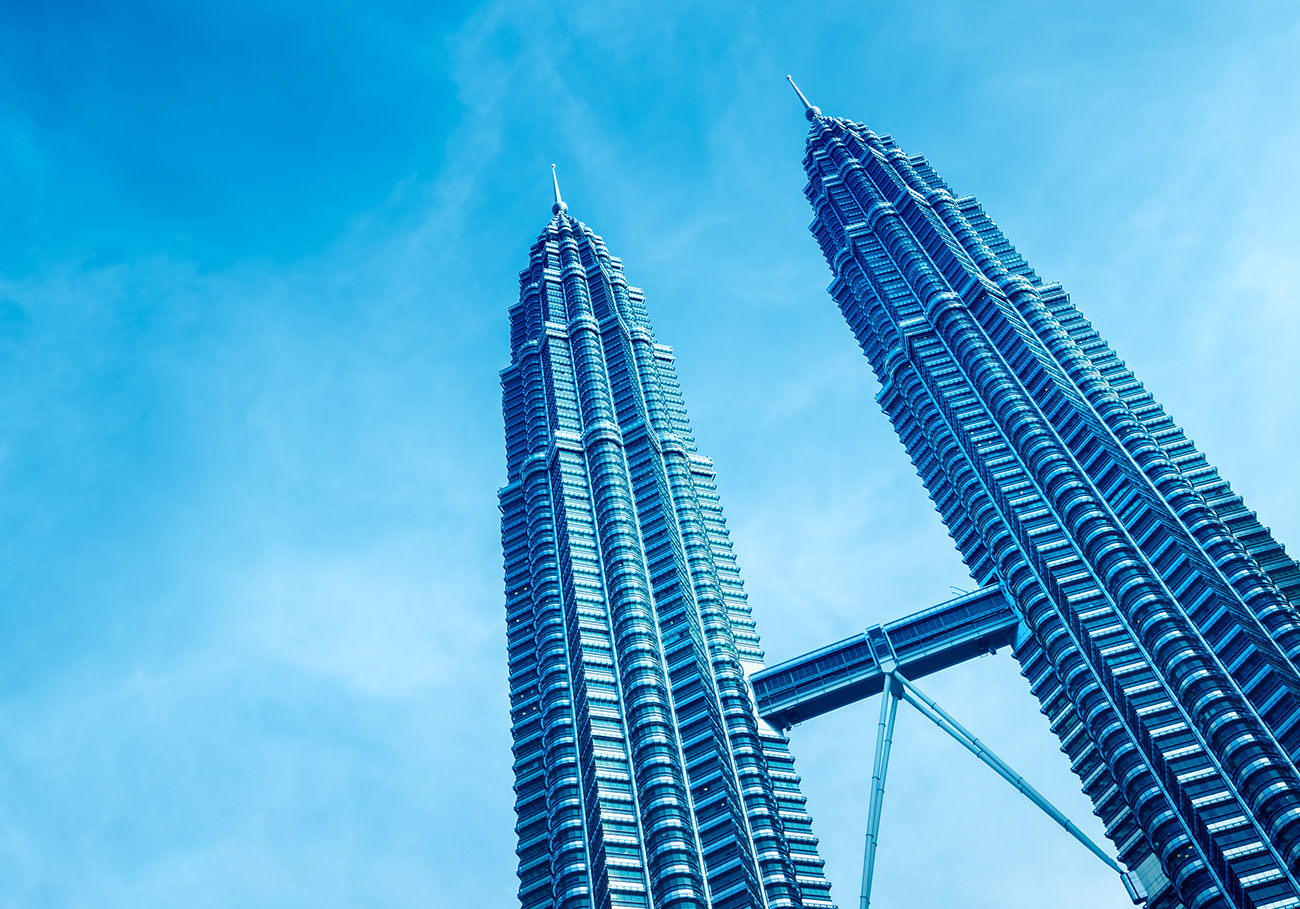 As they are often extremely heavy and complex structures, installing skybriges requires considerable know-how, especially in the fields of prefabrication and hydraulic lifting.

Jung Wook Kim is the Vice President of Samsung C&T’s Building Sales Group, and previously worked on the Petronas Towers construction site. He explains that the Petronas’ Skybridge was prefabricated and shop-assembled in Korea, complying with strict industry standards and codes set out by the American Society for Testing and Materials, British Standard and the American Institute of Steel Construction – before being carefully dismantled and shipped to Kuala Lumpur.

Kim explains that the on-site re-assembly and installation process captivated the imagination of the entire country. “We had to re-assemble the bridge on the ground and then hoist it up using a complex system of hydraulic jacks,” says Kim. “It took us almost two days to lift it into place. I think the whole of Malaysia was watching us live on TV!”

Bridge to the Future

Jungwook Kim, Samsung C&T’s Vice President of Building Sales Group, explains, “The Raemian Caelitus’s skybridge features a multipurpose community center facility, which makes it heavier and larger than similar structures. That means we have to use sophisticated construction methods to get it into place.”

Indeed, this project’s bridges, at 460 tons (230 tons each), is a true heavyweight. It is also pretty long – half the length of a soccer pitch. This project builders had to utilize the same methods used to lift the spire of the world’s tallest building, the Samsung C&T-constructed Burj Khalifa, to its lofty summit.

And there is more to the Raemian Caelitus site’s skybridge: It also provides improved structural integrity. Sangdon Park, Samsung C&T’s engineer, notes that, “The skybridge will help boost stability, and helps build resistance against earthquakes and high winds.”

The Raemian Caelitus towers’ community center-skybridge project is indicative of a new trend in construction innovation. Contractors and architects are now getting ambitious with their skybridge designs. Already in the pipelines are a range of new projects set to transform skybridges from mere ornaments into innovative work and lifestyle solutions for tomorrow’s urbanites.

In densely developed urban spaces, skybridges offer an effective usage of the previously unexplored space between tall buildings. Skybridges also make dual-tower projects safer and more visually appealing than ever, so architects are now keener than ever to feature them in blueprints.

But it is perhaps the newfound functionality of the skybridge – and its enormous potential – that is set to make it a firm horizontal fixture in the skylines of the future.

Will Mobile Apps Transform the Way We Build?