An Interview with the Head of the<br/>Plant & Contents Team

HOME   >    PEOPLE   >    Bringing People and Flowers Closer: An Interview with the Head of the Plant & Contents Team
| by Samsung C&T Global PR Manager

As Edwin Curran once said, “Flowers are the music of the ground. From earth’s lips spoken without sound,” – a great leap of joy comes from giving, receiving and just simply gazing at flowers.

Beginning with Korea’s very first flower festival – the Rose Festival in 1985 – Everland has continued to present and share diverse flower cultures with people throughout all seasons for the past 30 years.

Samsung C&T Newsroom met with Joon-Kyu Lee, the head of plant & contents team at the C&T’s Resort group, who is responsible for planning and designing everything we see in the Garden Studio, to find out more about the philosophy behind some of its very special flower projects held every season.

Tearing Down the Fences 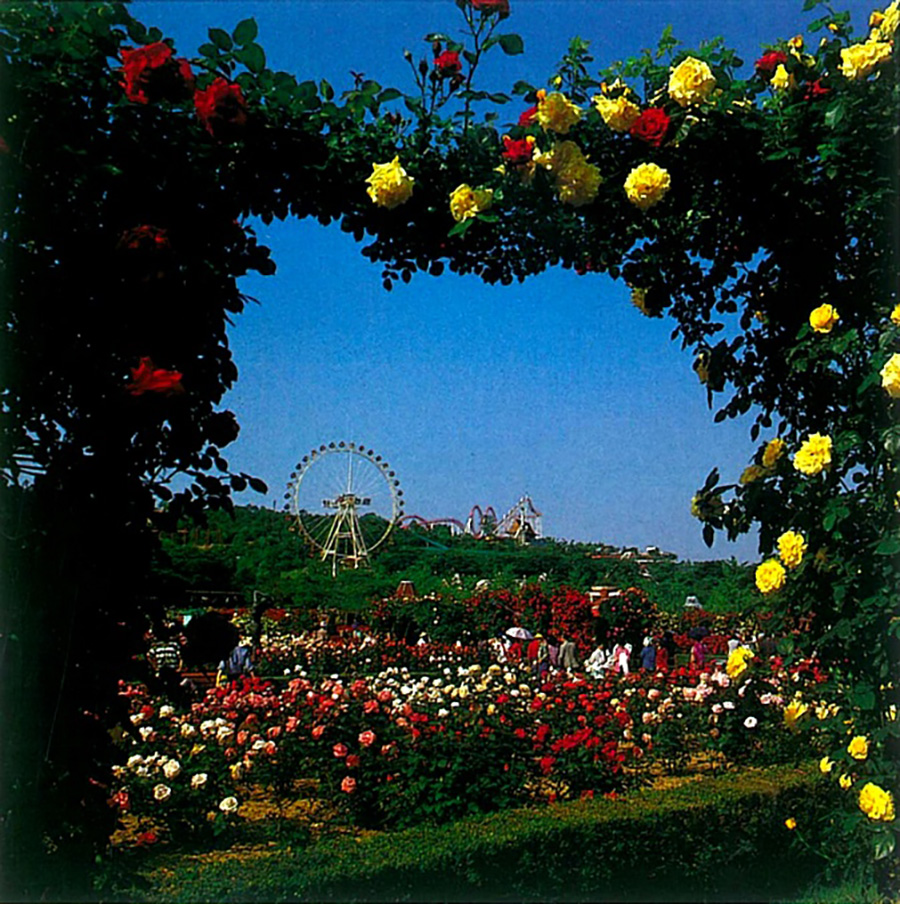 When Everland first opened in 1976, Koreans from far and wide came to see the country’s largest and most diverse horticultural exhibit, including thousands of plants flowers from around the world. Now more than 40 years later, Everland still embraces its garden heritage through its sprawling Four Seasons Garden, Garden Studio and ongoing series of flower festivals.

Everland’s Four Seasons Garden, which Lee oversees, definitely lives up to its name. The park is open year-round, and the Four Seasons Garden rotates its plants and flowers accordingly to match their appropriate seasons. “Everland Four Seasons Garden is a show garden where it is possible to see the peak bloom period of plants throughout the year,” explains Lee. 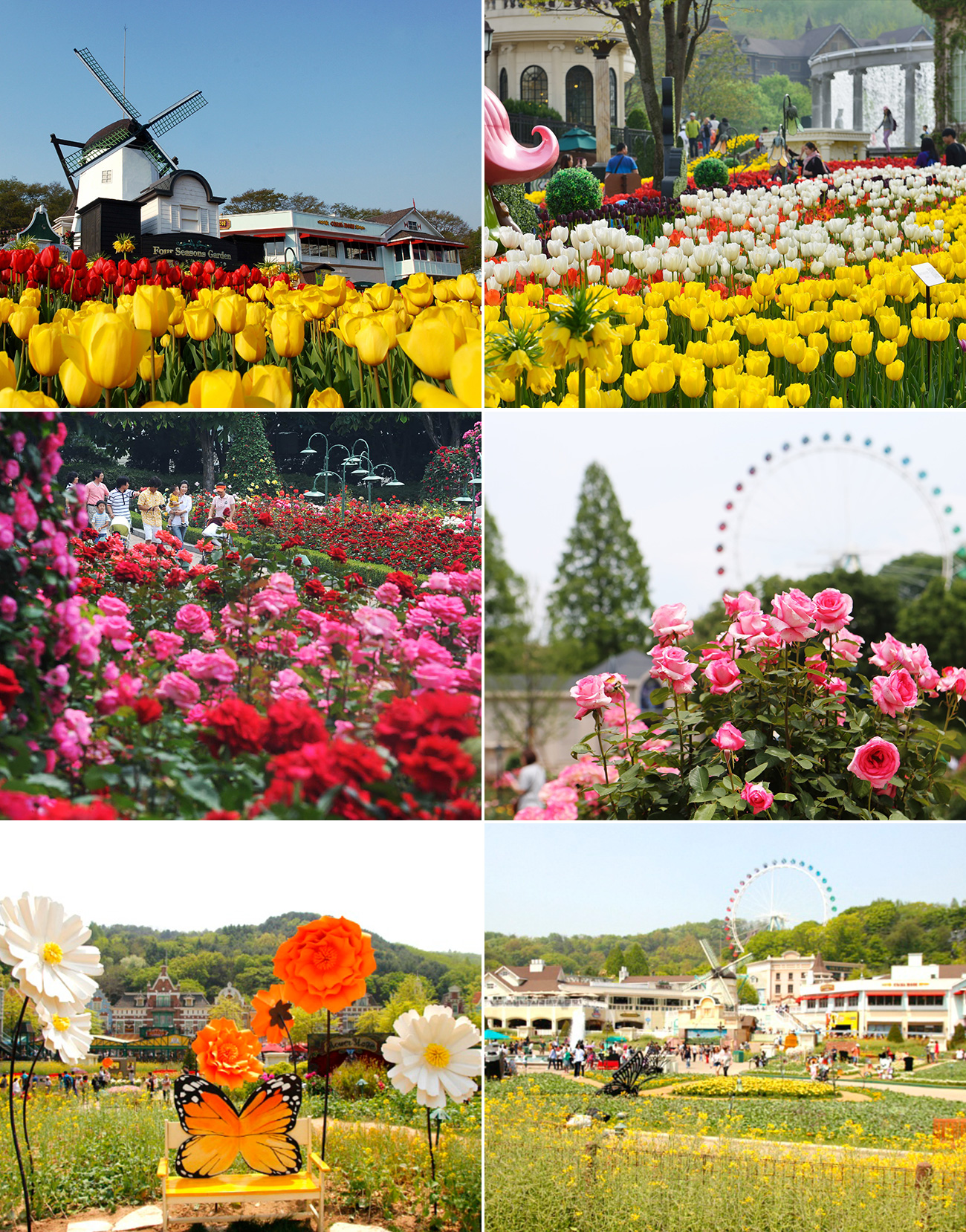 Then, what is a Garden Studio Project? Ahead of every spring season, the plant & contents team at Everland makes great efforts to provide new and special experiences to its visitors. Lee explains, “As a person who creates a garden, I started to search for things that could fulfill the needs of our visitors by analyzing what they would want or expect to experience instead of just only focusing on plants in general”.

Keeping this in mind, the team wanted to create a space where it would be possible for visitors to take the picture of a lifetime that they could cherish forever.

However, because the Four Seasons Garden, which is the main stage of all flower festivals held at Everland, had its limitations in bringing visitors close to the flowers with its surrounding fences, the team created the Garden Studio where visitors could directly walk into the flower garden.

The key philosophy of the project stems from a quote in a book written by a poet named Yong-taik Kim, ‘Flowers can only be flowers when people are present.’ This quote gave Lee the idea that “flowers can only gain their true value when they are close to people.”

Fortunately, with the Four Seasons Garden’s continued popularity among Everland visitors, its flowers will have many people around them for many years to come.

A Picture to Cherish

Lee and his team fashioned a space where visitors can take unique photographs by creating several designated spots where it’s easy for anyone to take a breathtaking picture. To ensure the Garden Studio was properly set-up, Lee realized he needed a photographer’s perspective. 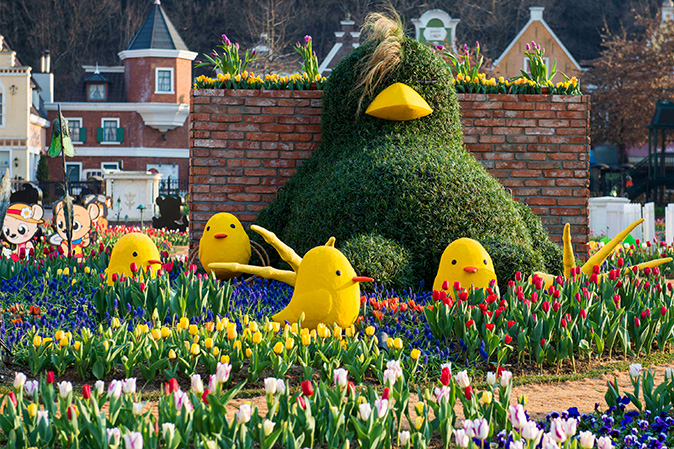 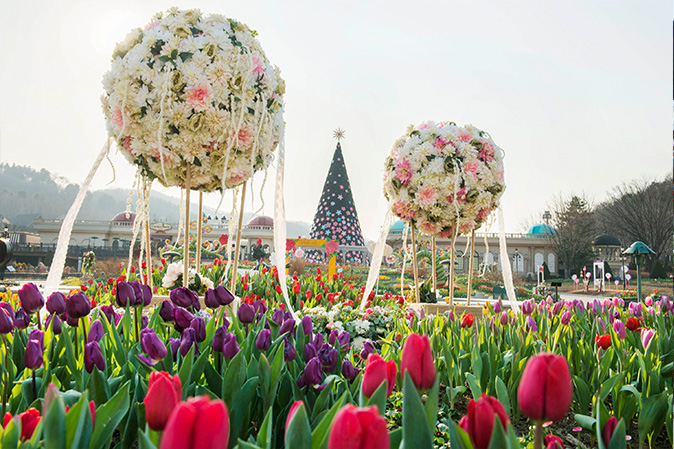 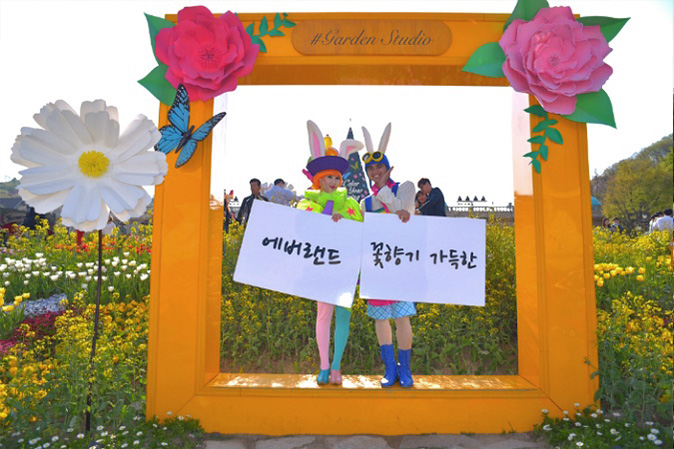 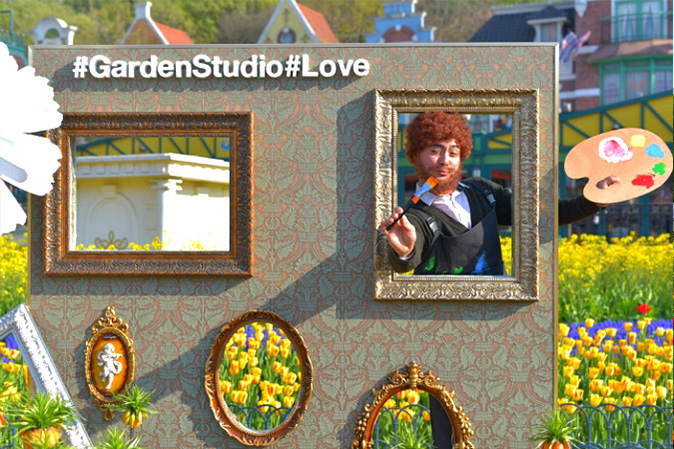 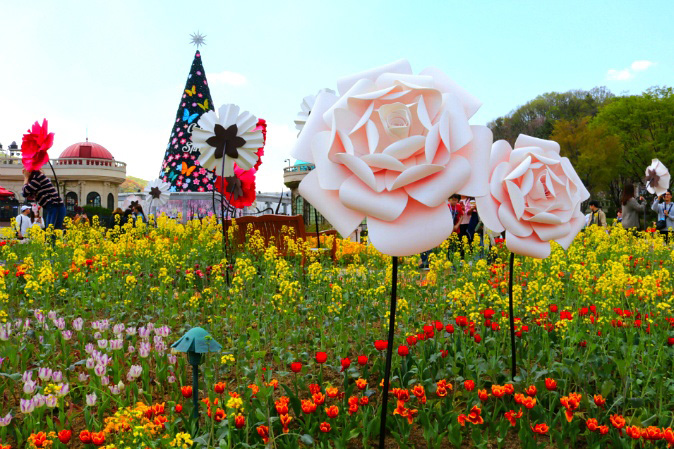 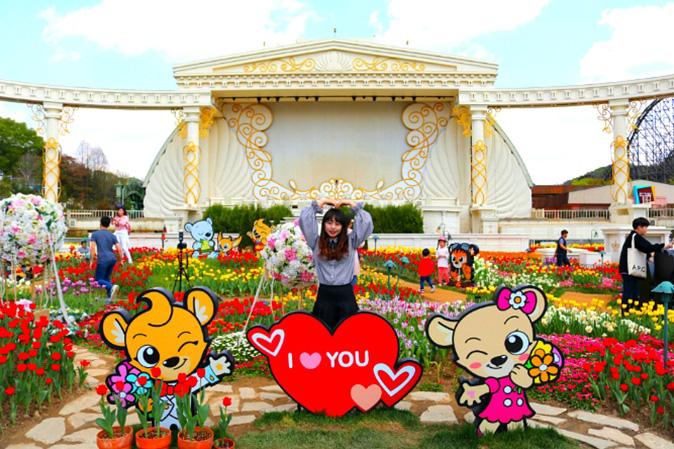 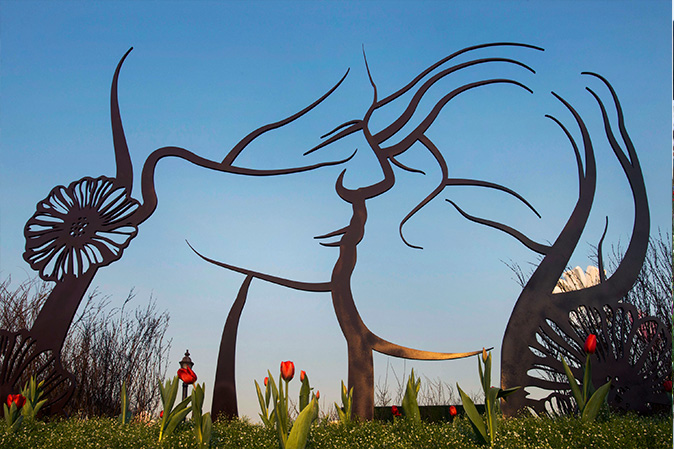 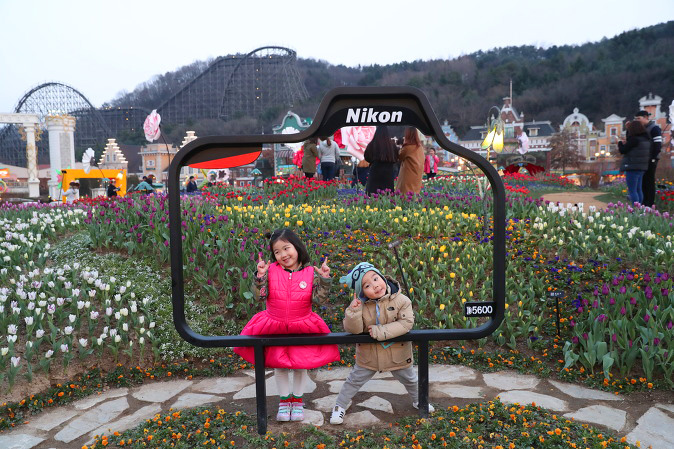 That photographer was Joong-Seok Oh, who provided input on the photo sites. Together, Oh and Lee looked at many flower photo shoots from global media to arrive at the layout of the dozen sites sprinkled around the Garden. Based on the popularity of these photo spots among Everland guests, it seems the two made the right decision.

Working and Living Among Flowers

One of the real challenges of Lee’s role is timing – there’s a delicate balance to rotating the plants and flowers to ensure visitors can see them in full bloom. Thus, Lee is always in motion, either getting new exhibits and festivals ready or taking them down to make room for the next new thing.

“The most difficult part for the flower festival is to adjust the flowering times. This is because certain flowers are so sensitive to weather. If the temperature is slightly higher than last year, the flowers bloom faster. And it is same for the opposite situation. So, it is the hardest thing to match the flowering time with the opening day of the festival.”

On the contrary, what is it like to get up every day and work amongst thousands and thousands of beautiful, sweet-smelling flowers? Well, it’s probably about as enjoyable as you’d imagine.

In speaking with Lee, it’s clear that he not only loves being around the flowers, but he also loves seeing others enjoy them as well. He sees it almost as its own “culture” – the culture of wanting to be near plants and flowers and connect with nature.

“I think it is very romantic for me to work in an environment like this,” says Lee. “People usually have to make time to visit the flower festivals, but for me, working with flowers gives me the chance to take in beautiful scenery and scents all day long”

Lee is very grateful that many people take the time and initiative to visit the garden, and many also share a great interest in plants. He hopes that the current culture of watching and caring for plants continues to thrive.

Don’t Sweat It! Pick the Summer Activity that Suits Your Taste at Caribbean Bay