Building the Engine of Growth:

Packed with luxurious hotels and shopping centers, it’s hard to imagine Qatar was once a humble fishing and pearling port. Fueled by its large oil and natural gas reserve, the small nation on the Arabian Peninsula developed into the world’s richest country in just 60 years.

There are no signs that the Gulf state’s transformation is slowing. Successful bid to host the World Cup in 2022 has propelled Qatar into the global spotlight, while the government’s Qatar National Vision 2030 development plan is a statement of the country’s vast ambitions.

The Engine of Growth

As a global leader in building power plants, Samsung C&T was awarded a $1.8bn contract in 2015 to complete the project. Construction of the 2,500MW power plant involved 45,000 tons of machines, the equivalent of 80 airplanes, and around 160,000 workers from 24 countries. 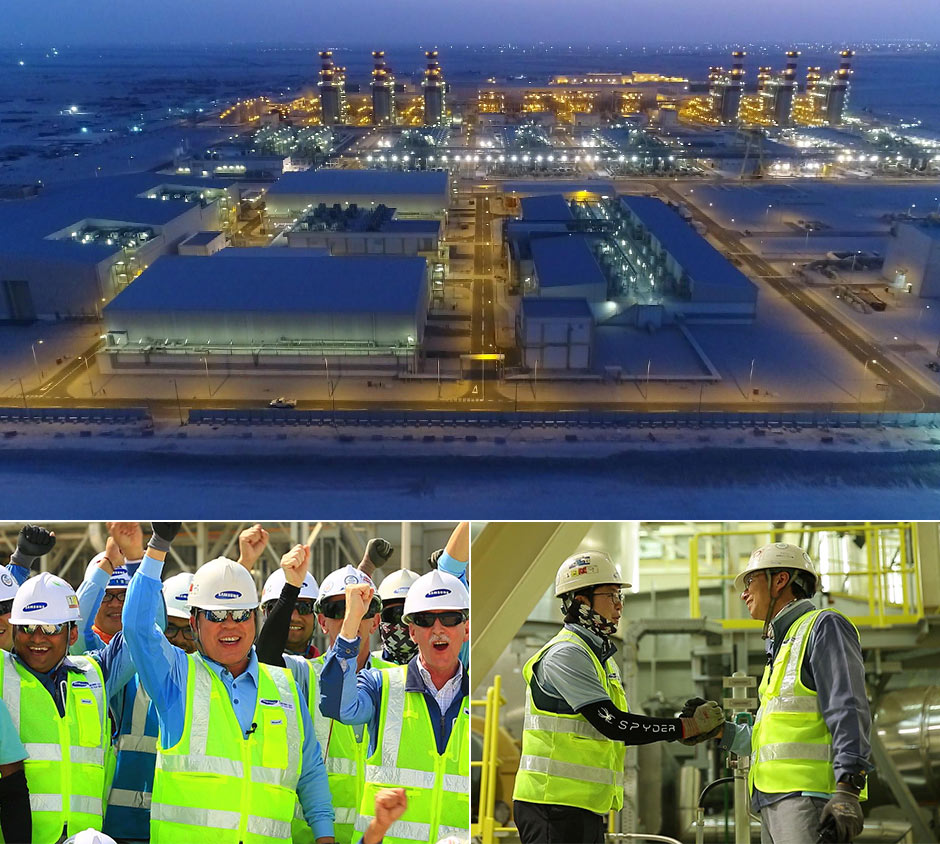 With hundreds of heavy machineries operating around the clock, there was always a risk of accidents. Drawing on decades experience, Samsung C&T put in place a meticulous plan to ensure safety on a worksite the size of 150 soccer fields. By guiding workers through complex construction processes, and creating a supportive onsite culture, the project recorded an impressive 30 million accident-free man-hours.

But in projects the size of Qatar UHP, unexpected challenges can appear, even with the best-laid plans.

The project’s progress was thrown into doubt when the Qatar diplomatic crisis erupted in June 2017. The rupture in the country’s diplomatic relations with seven neighboring countries meant that major routes for transporting construction materials suddenly became inaccessible. 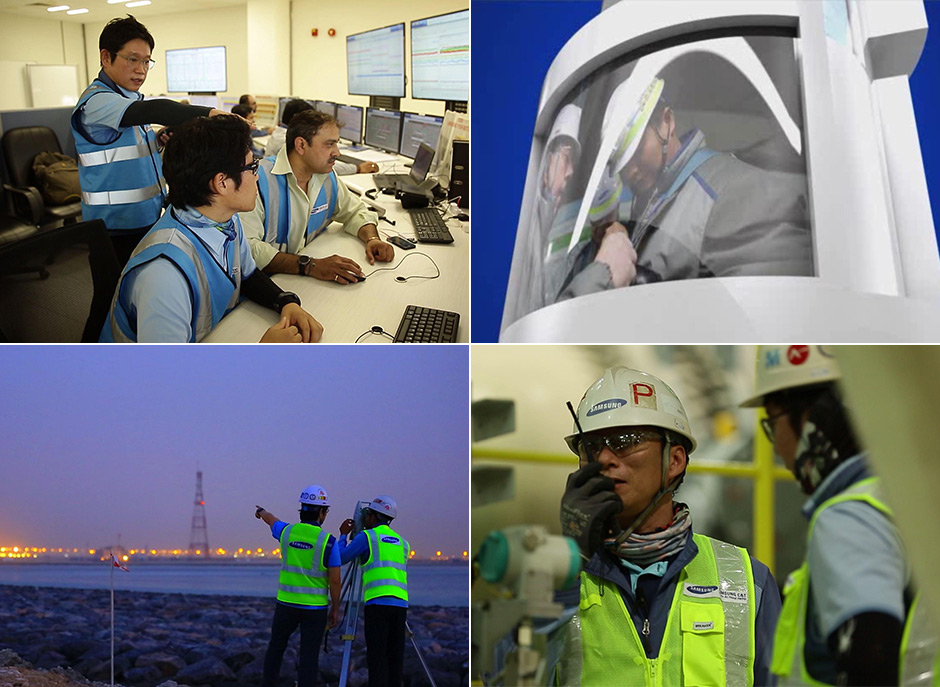 With the completion date hanging in the balance, Samsung C&T established emergency measures, rerouting deliveries to travel through Kuwait and Oman. Utilizing the company’s global network, engineers also reorganized logistics procedures to speed up deliveries. Owing to the rapid response, the project navigated safely through the storm.

Building large water tanks for the power plant was one of the biggest technical hurdles. The scale of the tanks meant that cracks and leaks could appear if the shape is designed incorrectly. Recognizing the precision required, Samsung C&T sought the expertise of overseas partners to design the components. Learning from their experience, engineers opted to build prestressed circular water tanks for their durability.

To meet the tight schedule, Samsung C&T also looked for alternative construction methods to improve efficiency. Instead of relying on barges, engineers built embankments along the shoreline to reduce pipeline installation time by four months.

By combining experience with innovations, Samsung C&T successfully turned Qatar UHP from vision into reality. As Qatar continues to grow, the giant power plant will play a significant role in the country’s future.

From Thrill-seeking to Relaxing: An All-Ages Guide to Everland

Athleisure For Any Occasion: Finding Your Perfect Sporty Fit