“The most important challenge we face on this planet is to forge a sustainable society during the next four or five decades,” Earth Day founder Gaylord Nelson warned nearly 30 years ago. The late American politician’s rallying call appears to be just as relevant today, on Earth Day’s 49th anniversary. During the decades since the initiative began, this planet has steadily become warmer and the threat to life on it has therefore heightened further.

Against this background, energy demand jumped at its fastest pace in a decade last year. The International Energy Agency (IEA) reported that fossil fuels met 70 percent of that demand growth, pushing carbon dioxide (CO2) emissions to a record high.

Given the link between CO2 and climate change, global governments and industry leaders are under greater pressure than ever to adhere to the Paris Agreement to combat climate change, partly by transitioning toward cleaner power sources. But could natural gas, despite being a fossil fuel itself, be part of the solution?

Natural gas emits 40-50 percent less carbon dioxide than coal when burned for fuel, and 20-25 percent less than oil. As the IEA put it in this commentary, “With concerns about air quality and climate change looming large, natural gas offers many potential benefits if it displaces more polluting fuels.”

In other words, if fossil fuels are an inevitable part of the international energy supply for now, natural gas is the favorable option.

Another major benefit of this fuel is its relatively low contribution to air pollution, producing “negligible amounts of sulfur, mercury, and particulates.” Amid growing awareness of the health risks associated with chronic exposure to fine dust, and government regulations to reduce pollutants, natural gas is already playing a serious role in the battle against dirty air. China’s rising interest in gas has lowered CO2 emissions and improved Beijing’s winter air quality by 78 percent over the last five years.

Expanding supply, by shrinking it!

One immediate issue, however, is that many countries do not have access to gas from its source, while long pipelines can be problematic and impractical. This is where LNG, or liquefied natural gas, comes into the conversation.

As the name suggests, LNG is natural gas that has been cooled into a colorless, non-toxic liquid, shrinking to 1/600 of its original volume. In this form, it can be transported anywhere in the world to meet energy demand.

LNG is the fastest-growing source of natural gas, which overall saw its biggest jump in global consumption since 2010 last year. The IEA found that more than one-fifth of that increase can be explained by a switch from coal to gas. 42 countries had joined the ranks of LNG importers as of last year.

While Asia generally accounts for more than half of LNG’s import growth, China has led the way with its inbound LNG shipments amounting to 16 million tons in 2018 – a 40 percent leap. Other major importers are India, Pakistan and South Korea. Among the trading firms contributing to the latter’s demand, Samsung C&T ships in 4.3 million tons a year. South Korea’s total LNG import volume last year was around 44 million tons, while Samsung C&T began trading the commodity in the early 1990s.

On the other side of the equation, supply is plentiful. Australia is the main challenger to the long-held dominance of Qatar, which revealed in late 2017 that it would increase its LNG production by more than 40 percent by early 2024. The U.S. has also been seeking to solidify its place in the supply chain, as Moody’s stated last month that American LNG is being helped by abundant supply driving down prices and thus attracting demand, as well as “environmental regulations that promote or mandate the switch to natural gas from coal and other refined fuels that emit far more carbon.”

The foreseeable future appears to be bright for LNG, with natural gas expected to meet around 40 percent of energy demand growth over the next 15 years or so. But how the world manages that energy demand is vital, as we seek ways to protect our planet on Earth Day. 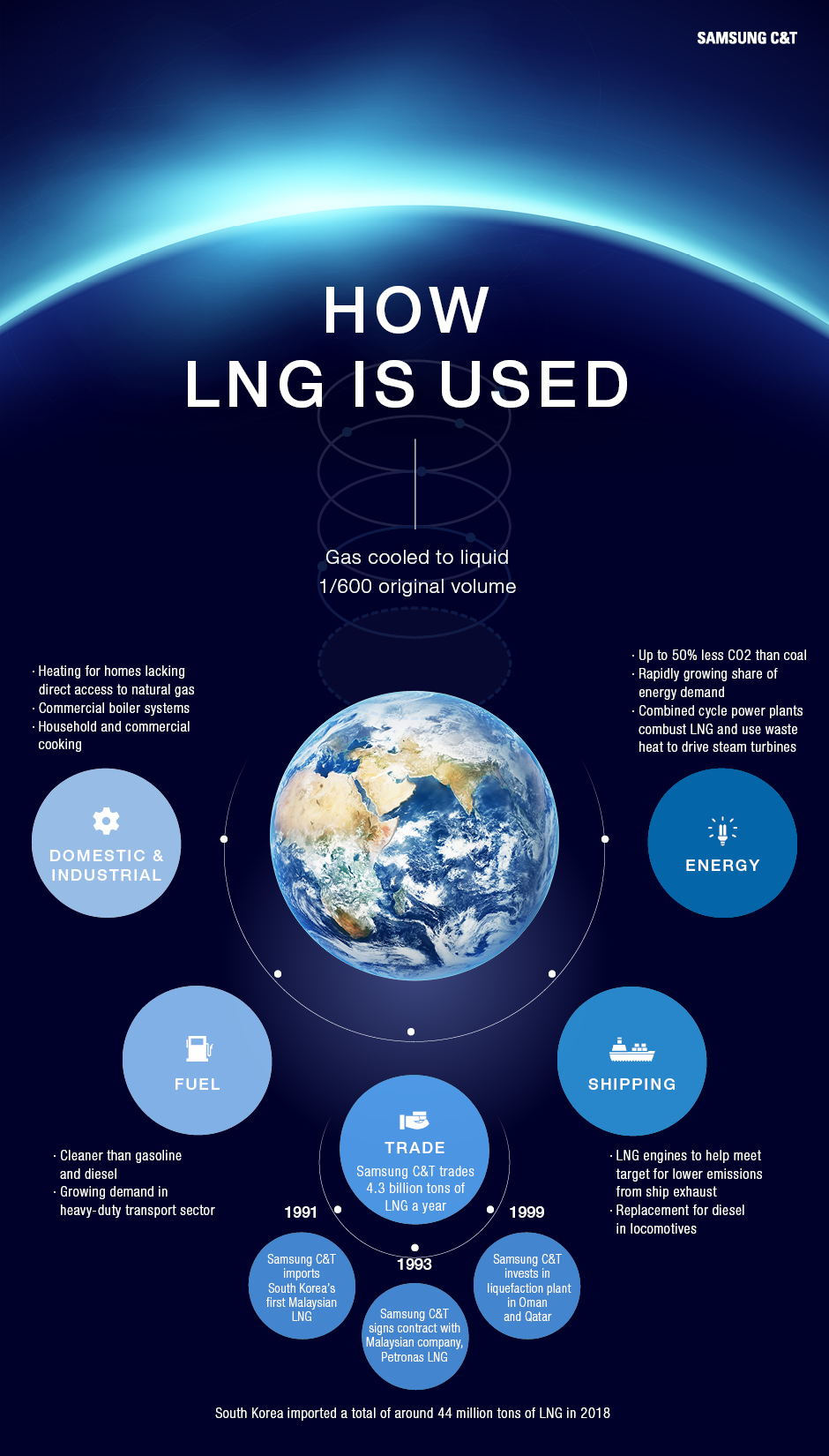 Life among the stars of Lost Valley’s eco-haven