Concrete Matters: A Primer on

the Most Popular Man-Made Material

Our lives are full of artificial materials – plastic bottles, steel structures and glass facades. But while these may seem like the most common man-made materials, our world is built on concrete. As the most popular man-made material on Earth, it is the second most consumed substance after water.  Producing about 10 billion tons of concrete every year, the industry is worth over $100 billion and employs more than 2 million people in the United States alone.

When we think of concrete, usually white sidewalks and large, vacuous building foundations come to mind. Most of us are unaware that concrete was used to build civilizations thousands of years ago, or that we used more concrete today than steel, wood, plastic, and aluminum combined. Its origins are perhaps one of the most interesting of any man-made material on the planet.

Long before we were using concrete to build skyscrapers, the Roman empire was shipping pozzolana, a volcanic sand formed from the nearby volcano Campi Flegrei, to distant corners of the world. When mixed with water, the sand formed a mortar strong enough to bond rocks together to form a dense, load-bearing material.

What the Romans didn’t know, and what wasn’t discovered until recently, was that the volcanic sand contained silica oxide and lime, two of the key ingredients of cement. The unique sand is made possible by geothermally heated water washing over Campi Flegrei’s limestone walls causing a chemical reaction that produces hydrated lime.

When this hydrated lime gets close to the surface, it combines with silica-rich ash to form a cement-like caprock. When the pressure in the volcano builds, the caprock breaks and spews into the air as ash that can then be mixed with water to form cement. Two thousand years ago, this cement was used to make the concrete that built the Roman empire and is the reason why many of its structures, such as the Colosseum, have survived to present day.

After the Roman empire fell apart, the methods for creating concrete disappeared with it. Only in 1824, when Joseph Aspdin patented Portland cement, did it become the widespread modern wonder that it is today.

Broadly speaking, the term concrete doesn’t refer to a specific material. It can be any substance that combines rocks or gravel with an adhesive. While Portland cement now forms the main ingredient, concrete mixtures have changed to include a variety of additives for project-specific applications. Depending on the project, additives can help increase concrete’s electrical conductivity, strength, corrosive resistance, and more. These additives have led to a number of interesting variations of concrete. 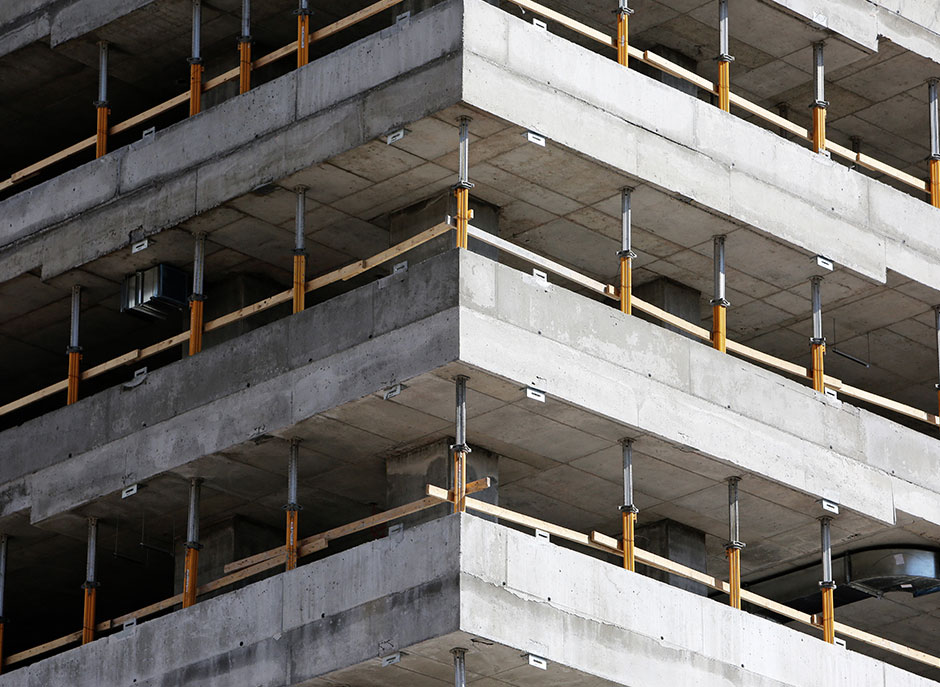 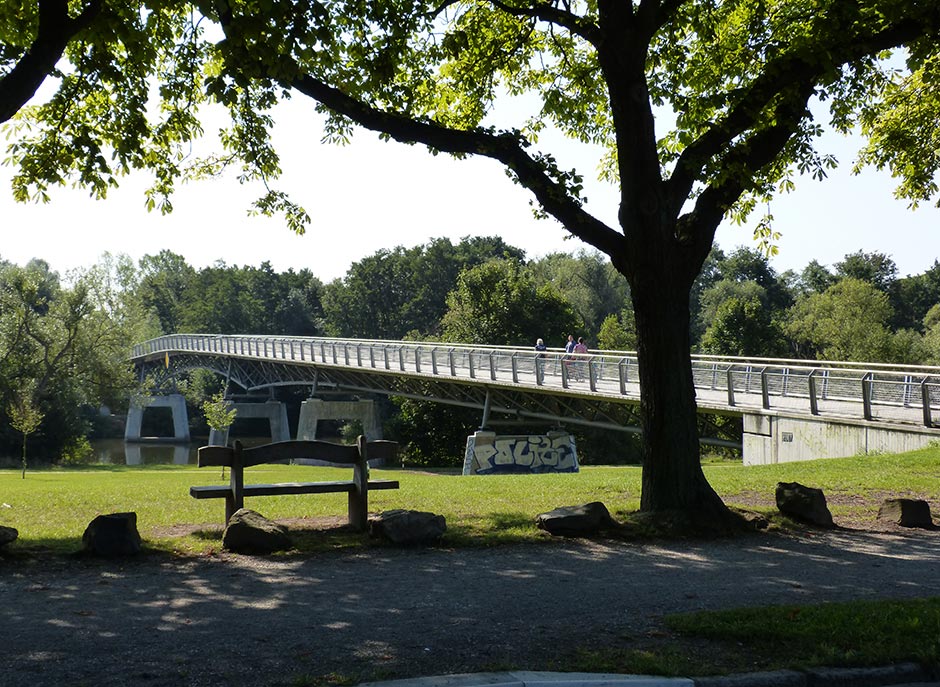 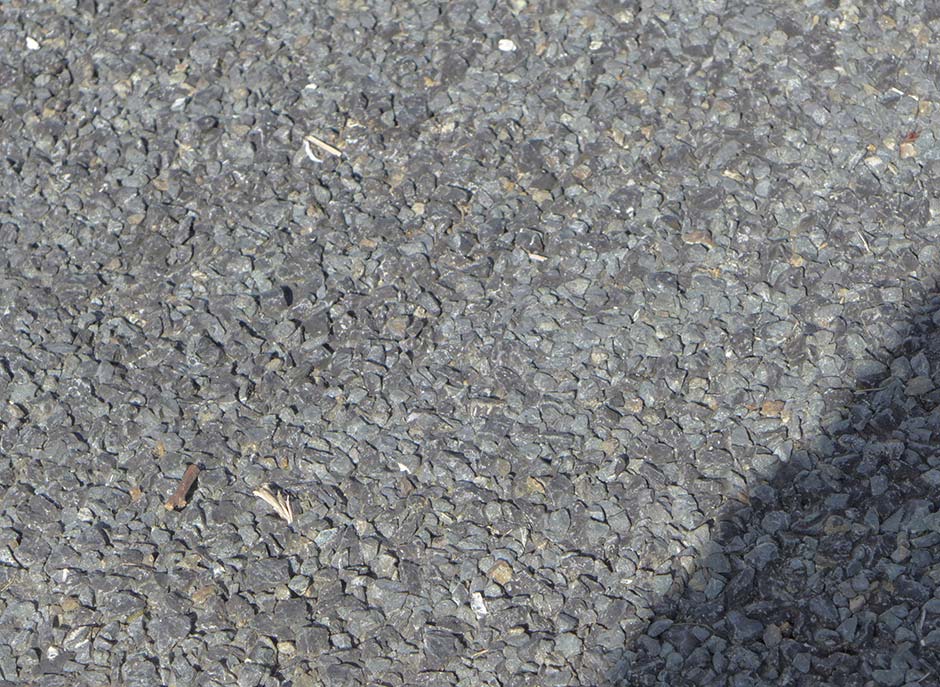 Photo 2 Gärtnerplatzbrücke in Kassel, erste UHPC-Konstruktion in Deutschland by Eigenes Werk is licensed under CC BY-SA 4.0

Reinforced concrete, for example, adds either steel bars, glass, or plastic fibers to improve the flexibility of concrete so that it doesn’t crack if it bends – an important property to have when building large buildings and bridges. Ultra-High-Performance Concrete (UHPC) includes powdered, pure quartz, along with metals and fibers to improve its compression strength making it ideal for lighter buildings with thinner walls. Sometimes using larger particles or different pouring methods also changes the way concrete behaves.

Pervious concrete, for example, uses larger particles to allow water to seep through to the ground, which is important in controlling urban flooding and storm water pollution and for green building applications. It is precisely these applications that have allowed us to advance modern construction.

Concrete is literally the foundation of modern architecture, used in all aspects of building construction and allowing us to build mega-tall skyscrapers like the Burj Khalifa and Taipei 101. 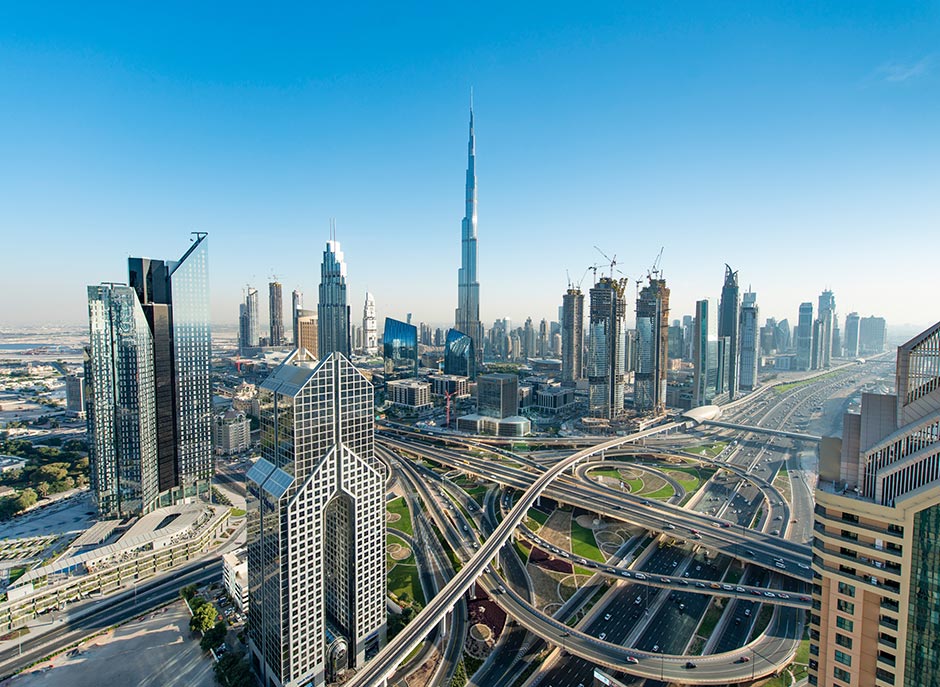 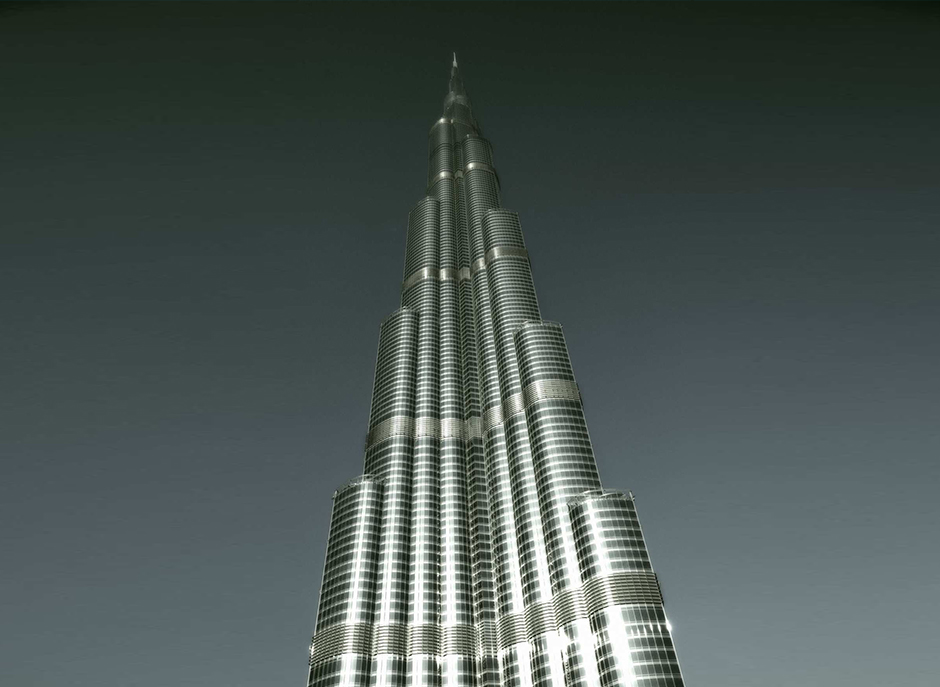 Over 45,000m³ of concrete were used in the construction of the Burj Khalifa’s foundation alone. By the time construction completed, the building had used more than 330,000m³ of concrete. In November 2007, the tower hit a world record for the highest reinforced concrete walls ever pumped. Standing 601m tall, they stole the title from the previous record holder, the Taipei 101, which set the bar at 407m. Before concrete is poured for skyscrapers, a lot goes into deciding the types and standards that will be used. 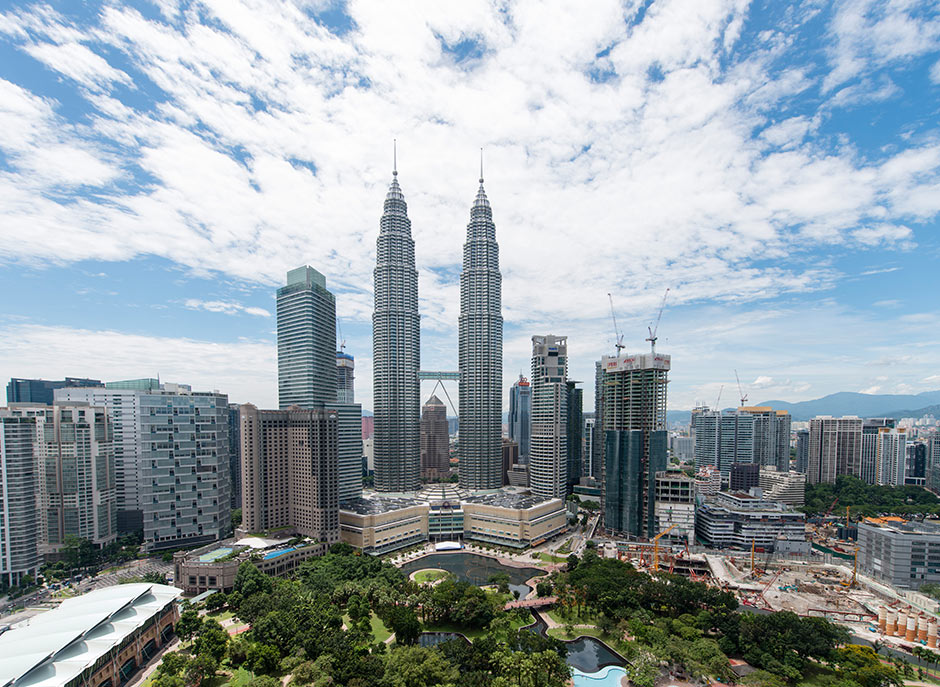 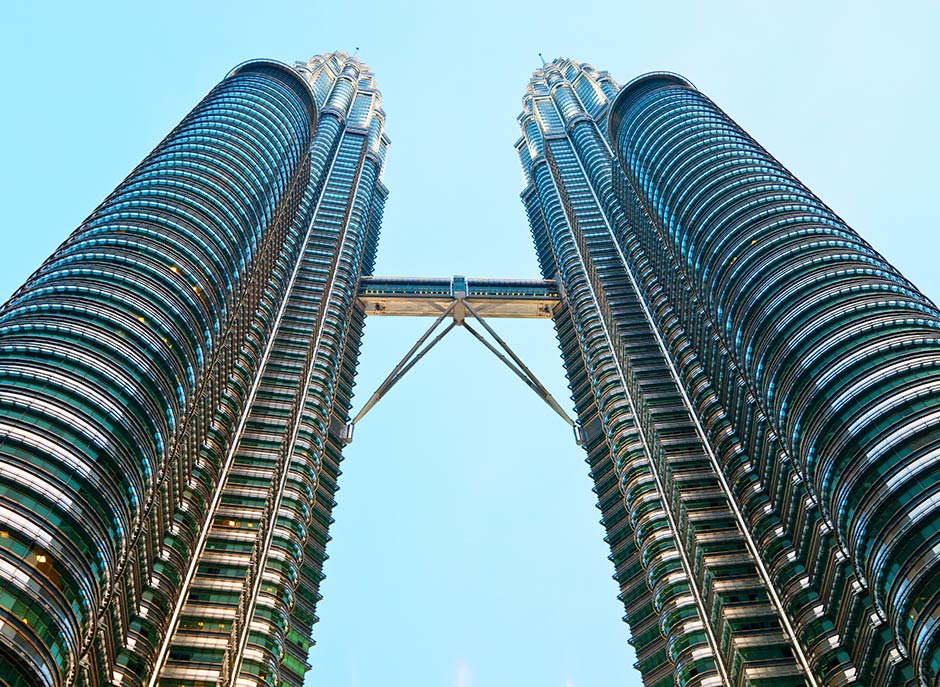 Construction of the Petronas Towers, for example, called for high-performance concrete that would be high strength, workable, and durable. To make the building lighter, silica fume was added to reduce the weight of the cement. The quality of the concrete was controlled at all stages of its production, transportation, site testing, placement, and curing to ensure that the final casting met strict project specifications.

Though it may seem like a small detail, getting the concrete mix right means structures that last longer and that can endure mother nature while keeping their occupants safe.

The Future of Concrete

Concrete has seen great advances over the last few decades, both in how it is made and how it is poured. But concrete is a high-energy and emissions-intensive product and its manufacturing is responsible for about 5% of global CO2 emissions. As with many industries, the future of concrete is looking greener. 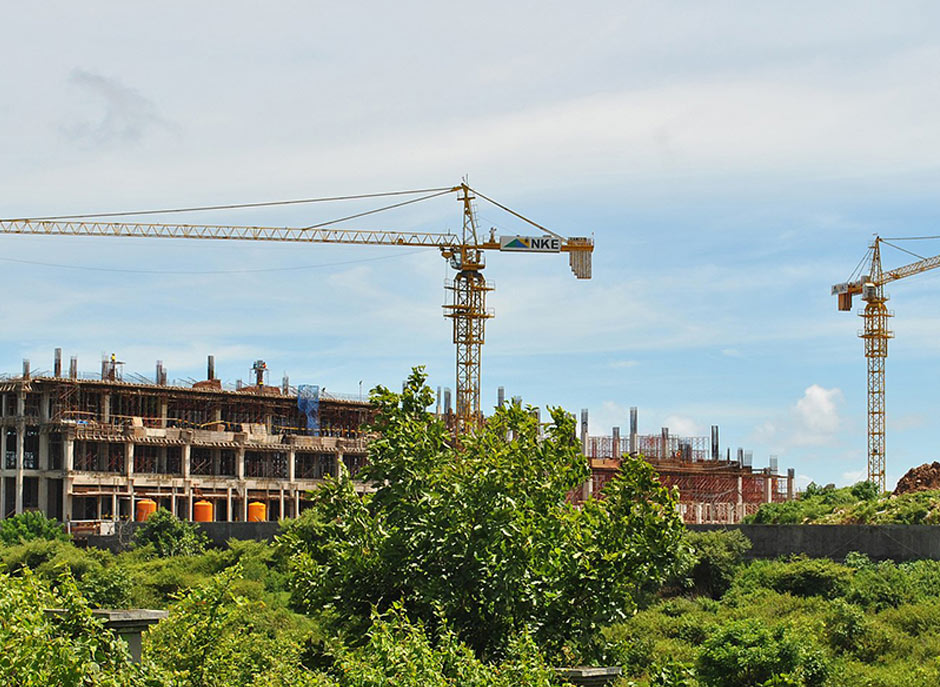 Photo  ‘Building the (concrete) Future’ by musnahterinjak is licensed under CCO-SA 3.0

Engineers are working on a number of solutions to make concrete environmentally friendly, such as replacing up to 50% of Portland cement with recycled forms. Researchers have also looked at adding graphene to traditional concrete production, resulting in a product that is twice as strong, four times as hydrophobic, and greatly reduces carbon emissions.

Whatever innovations come, one thing is for sure: the future will be built on concrete.

Solving Structural Puzzles: The Life of an Architectural Structural Specialist