a Beautiful Amalgamation of Old & New

Dominique Perrault on the French National Library: “The modern movement always had a very Puritan relationship with the earth. In my project, the idea of the natural level of the earth disappears, and the building blends with nature”

Famed contemporary architect Dominique Perrault has left an everlasting mark on the world of architecture and design. From his topological and stylistic inversion techniques, to his ability to replace predictably smooth modern surfaces with something closer to nature that is equally as graceful, Perrault’s works have transformed urban spaces in cities around the world.

Born in 1953 in Clermont-Ferrand France, Perrault went on to receive his bachelor’s diploma from France’s famed Ecole des Beaux-Arts and a further degree in Urbanism from the renowned Ecole Nationale des Ponts et Chaussees.

Perrault vaulted into the global spotlight when he was selected by an international jury to design the French National Library in Paris in 1989. Henceforth, Perrault’s life would never again be the same.

Let’s take a closer look at a few projects from the famed architect, including the Samsung C&T built Ewha Woman’s University campus project.

“A square for Paris – A Library for France,” excerpt from the competition text.

Being chosen as the architect to redesign the National Library of France gave Dominique Perrault the perfect opportunity to make an everlasting mark at the beginning of his now illustrious career.

Perrault placed a strong emphasis on the core of the library, which features an elevated esplanade above a tranquil sunken garden. Away from the hustle and bustle of city life, the sunken garden offers visitors a space for thoughtful reflection and intellectual exploration; perhaps hinting that the center of human knowledge is nature, not man and his urbanism.

Light often plays a central role in his work, and Perrault described his inspiration for light in the National Library of France project here: 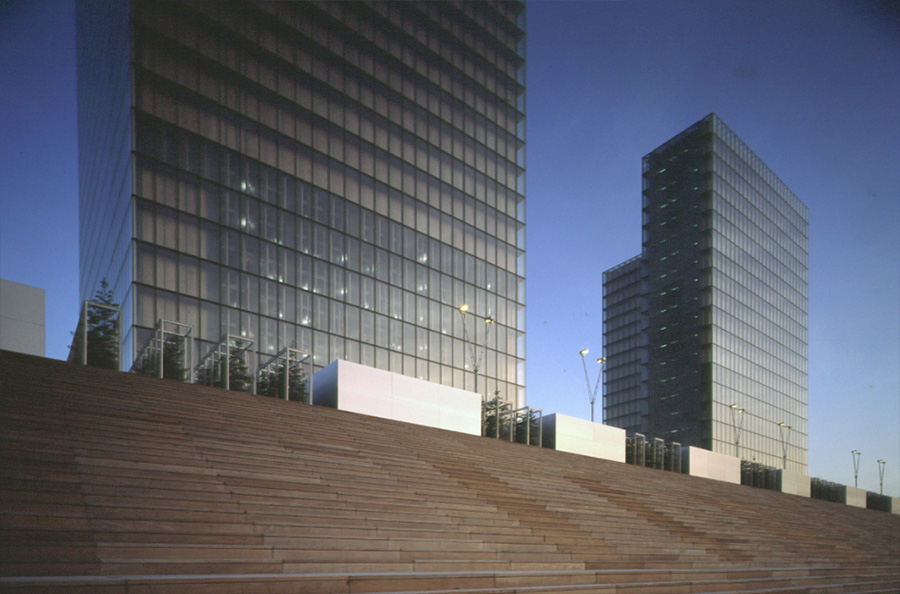 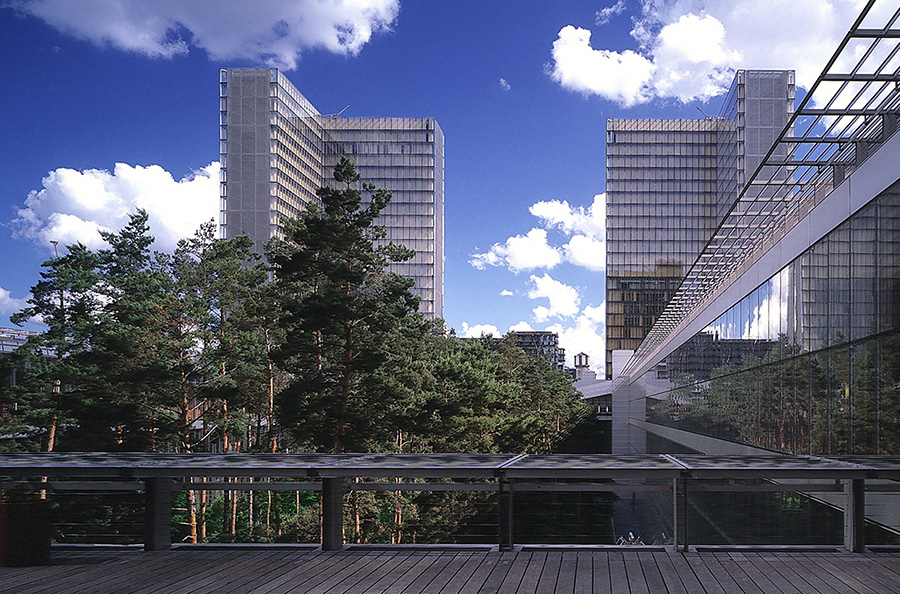 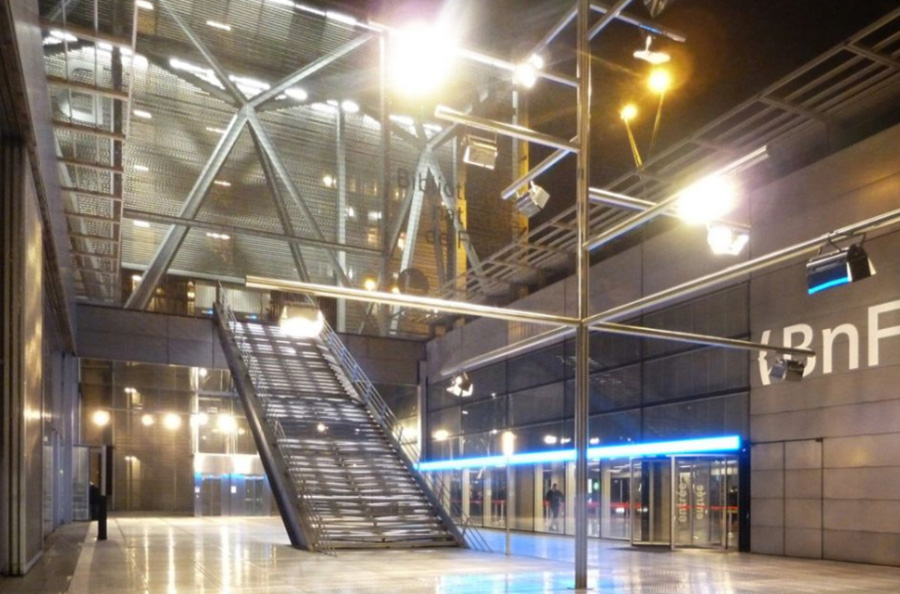 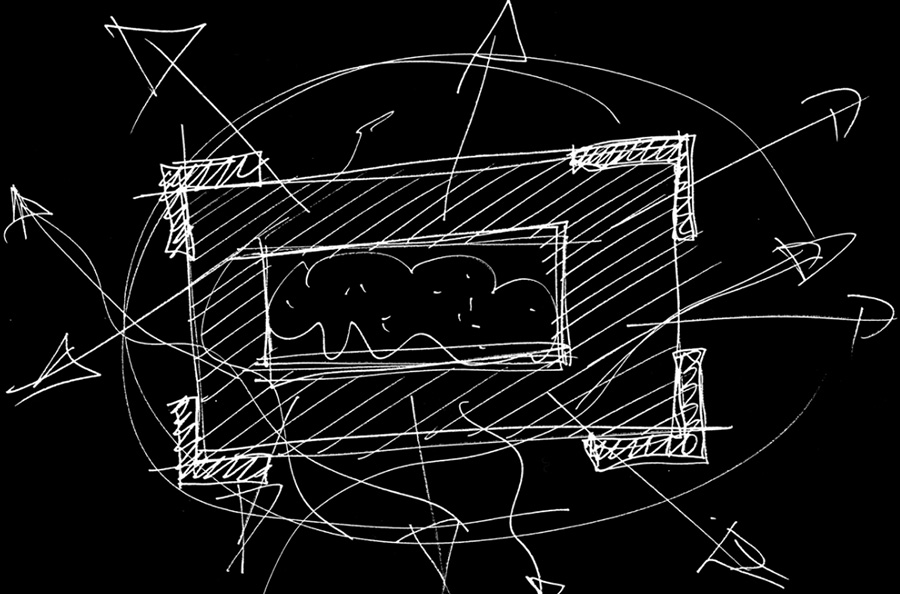 “A diaphanous light will rise up through the interior of the glass towers, culminating in four topmost points, which will shimmer like four lighthouse beacons”

Little did the world realize at the time, but Perrault’s touch on the National Library of France would vault him to international recognition, and not long after, Samsung C&T had the pleasure of working with him in Seoul. 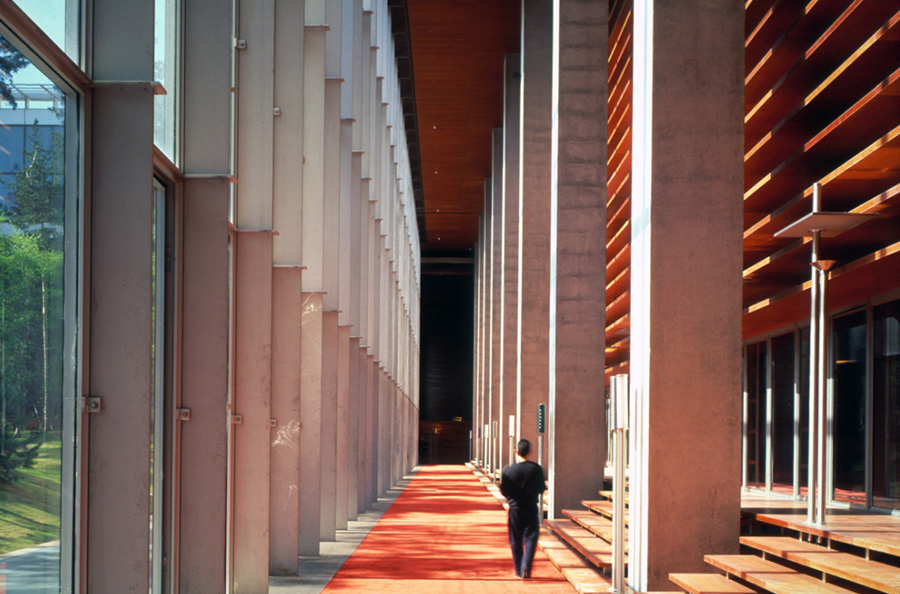 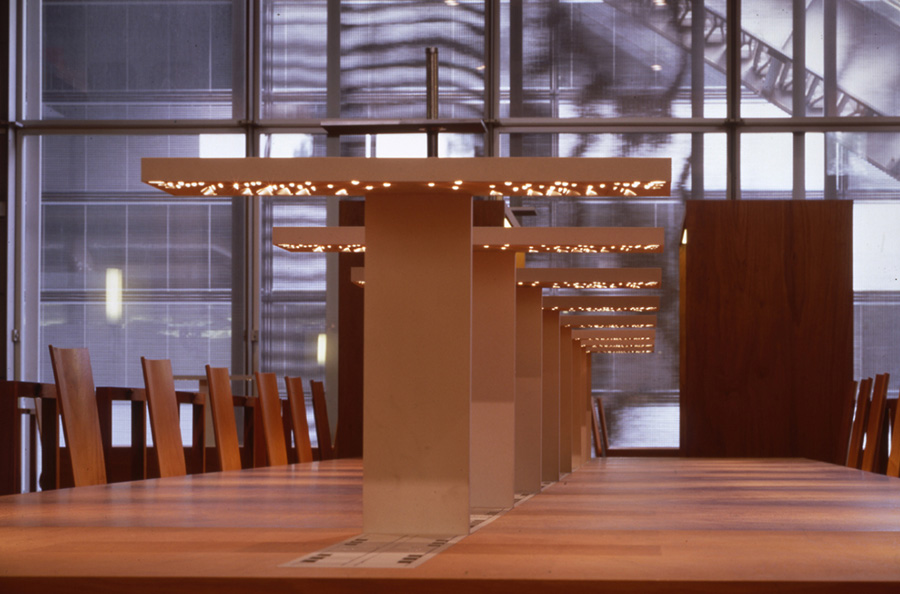 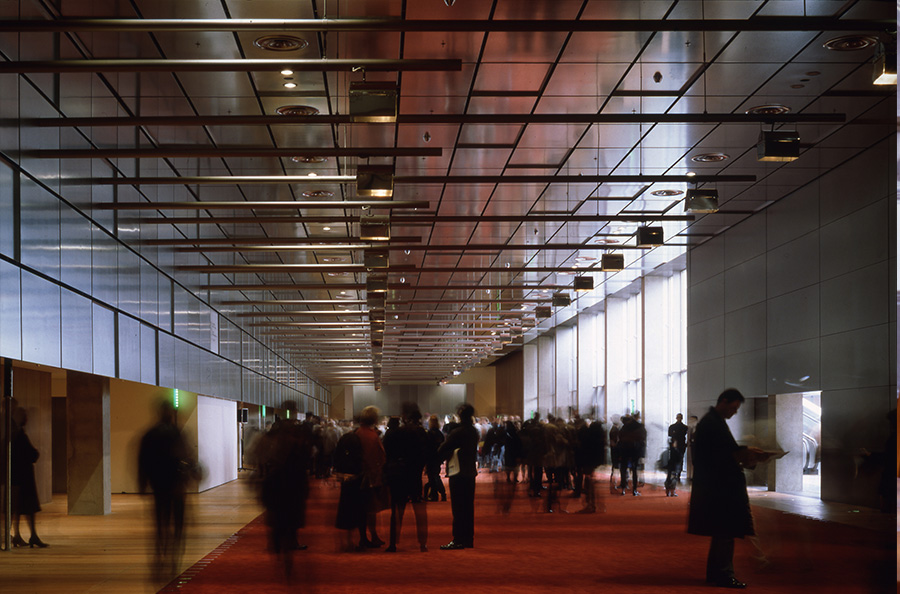 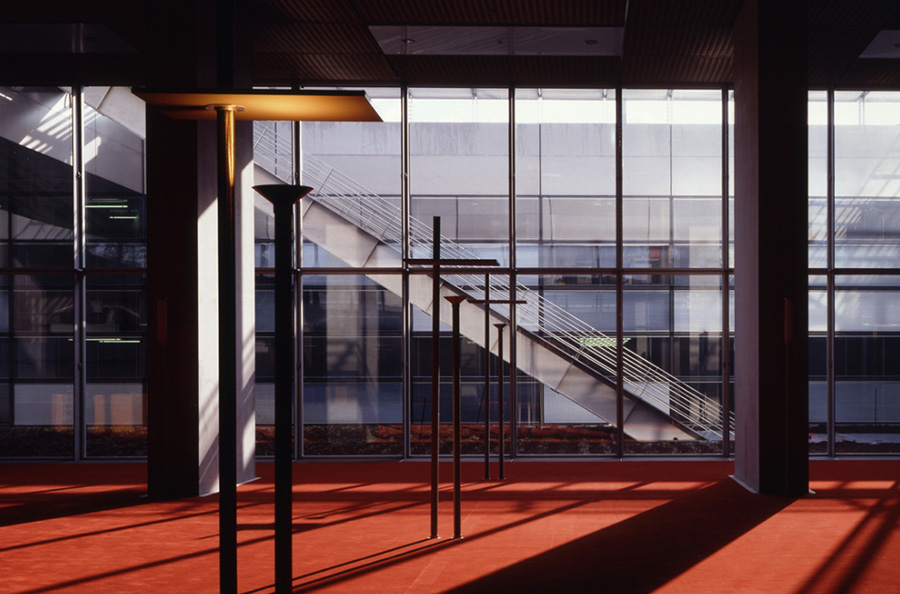 Perrault set his sights on the Ewha Campus Complex (ECC) project after winning an International Design Competition in February 2004, beating out the likes of famed architect Zaha Hadid, who would later design the Samsung C&T built Dongdaemun Design Plaza, also in Seoul.

In winning the project, Perrault also inherited several design challenges to bring the building to fruition, noting that when he won the competition, the university expected it to resemble a French landscape. To accomplish this seemingly impossible task, given the difficult terrain where the university is situated, Perrault had no option but to dig.

Perrault’s beautiful design carved out a chasm in the bedrock, creating a large yet peaceful space in the center of the campus for students to congregate and hold festivals and activities.

Keen to ensure a sustainable future for the building, Perrault employed an efficient ventilation and heating/cooling system that utilizes a low-tech convection current solution. Moreover, he created a 1m wide ‘thermal labyrinth’ between the soil and the building’s exterior, ensuring that the underground space is cooler than the surface in summer while also warmer in the winter.

The famed architect also successfully juxtaposed the old 19th century architecture with the modern space by incorporating old bricks into the roof of the new structure. 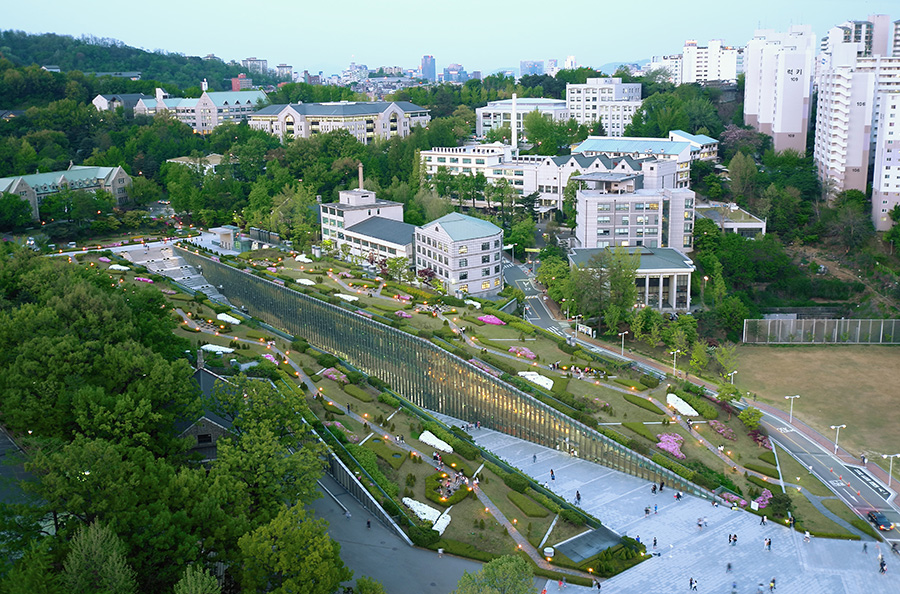 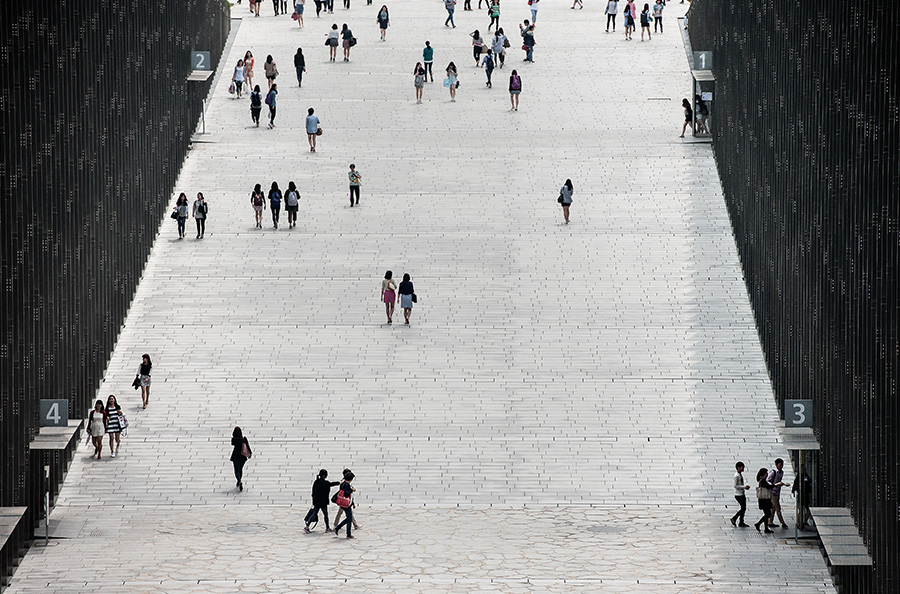 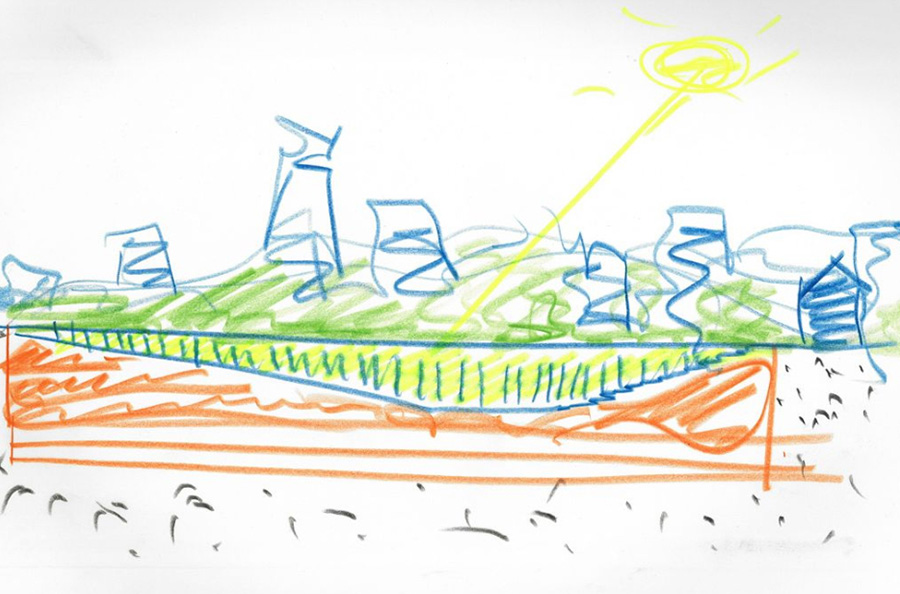