a zoo within a forest

The former Animal Wonder World has been renewed and reborn as Ppuppa Town, part of Zootopia, located inside Everland Resort. This 8,600-square-meter outdoor space is where visitors can see and meet around 30 different types of animals.

The “Ppuppa” in “Ppuppa Town” is the new mascot, whose name sounds like the Korean onomatopoeia for the sound of an animal relieving itself. Ppuppa, whose head even resembles an animal’s poop, is there to make the children laugh.

The first animal friends to move into Ppuppa Town are the capybaras, the world’s largest rodents. After all, 2020 is the Year of the Rat in the Chinese zodiac. 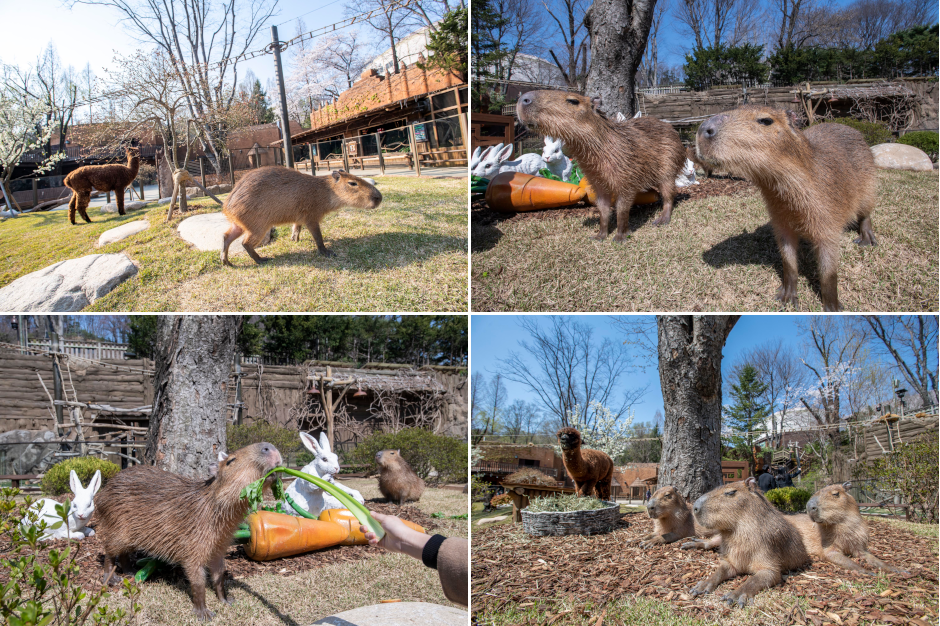 When fully grown, capybaras can be quite bulky, measuring up to 1.3 meters in length and weighing up to 70 kilograms. However, their cute faces and docile and sociable dispositions make them the kings of friendliness.

Photos and videos of capybaras playing and making friends with other animals have gone viral on the Internet. Here at Ppuppa Town, capybaras live in harmony in the same space with wallabies and alpacas. 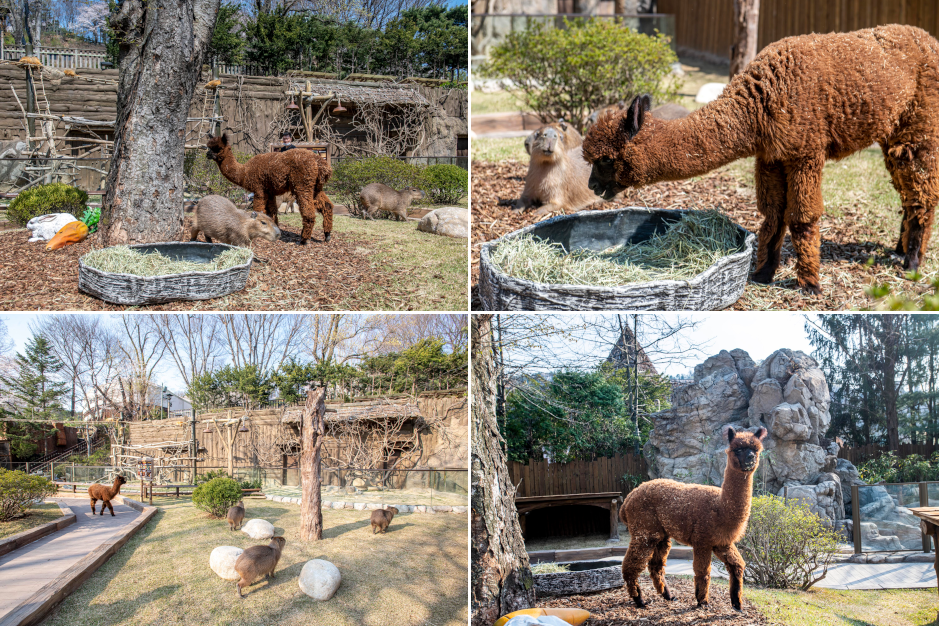 Capybaras especially like water, so much so that in South America they are nicknamed “water pigs” for their enjoyment of swimming and diving. On top of that, their webbed feet make them excellent swimmers, and that’s why there is a private pool just for the capybaras to play in. 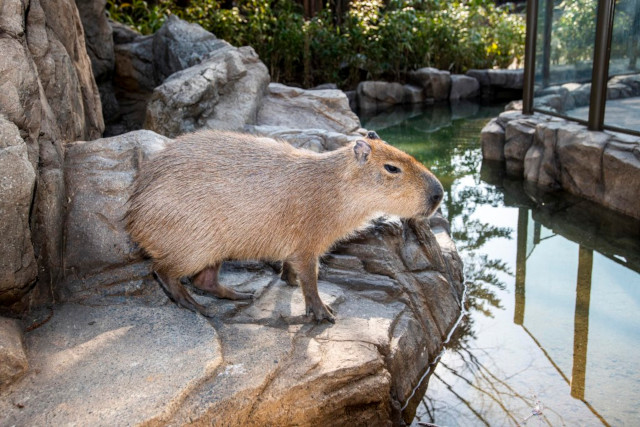 In building Ppuppa Town, they have thought about the ecosystems and habits of animals and created special play equipment for their enrichment activities, such as sky bridges and passages where raccoons, coatis, squirrel monkeys and other cute animals can freely move about, above the heads of visitors with the blue sky as their backdrop.

The two-toed sloth, known around the world for its lack of physical activity, can often be seen being fed while hanging from its playground in the sky, hand-built for it by the zookeepers.

There is also the 7-meter tall, 2-story structure known as Parrot House, which is home to dozens of budgerigars, cockatiels, and red-and-green macaws.

As well as this, Ppuppa Town allows visitors to see rare animals from around the world that are faced with extinction, such as the lesser anteater, the cotton-top tamarin, and beavers.

Ppuppa Town, the zoo within the forest, is located near Everland Zootopia’s Monkey Valley and Animal Wonder Stage. Expert storytelling zookeepers will soon be on hand to answer questions, give animal talks and hold stamp rallies.

Heartist collaborates with Beanpole to create fashion for all abilities

Passion & Expertise: The know-how to organize and improve healthcare