Experience Is a Blast from the Past

At modern theme parks, even the most popular rides come and go as they are superseded by the latest marvel. But does this always have to be the case?

Everland has found a way to turn back the clock for a ride that was closed to the public over half a decade ago – using the wonders of modern technology.

The 50m Universe Big Wheel first started spinning in 1982. The attraction was a 36-car Ferris wheel that thrilled some 20 million visitors. It was operational for almost three decades before finally closing in August 2010.

After its decommissioning, Everland regulars often felt pangs of nostalgia when they walked past the landmark attraction, wishing they could ride it one more time.

At Everland, however, wishes often come true. The resort has recently stepped up its virtual reality (VR) operations, meaning Universe Big Wheel fans are in for a unique treat.

Late last month, Everland began offering visitors the chance to step aboard the Universe Big Wheel once more. Although the wheel is still stationary, once you put on a VR headset, you might feel otherwise.

For three thrilling minutes, a VR tour lets you explore the park from 50m up, taking in spectacular views – all without having to budge an inch. Breathtaking time-lapse videos also allow you to take a bird’s eye glimpse at Everland’s magnificent Rose and Four Seasons gardens. Simply take a seat in one of the four cars that hang lowest to the ground and let the headsets do their magic.

“We decided to use VR to bring the ride back to life,” explains the Park Planning Group. “The VR experience was a long time in the making – it took us three months to film and edit the footage we needed. We wanted to help people who’d taken the ride in the past relive their fond Universe Big Wheel memories.”

Virtual reality is now a big deal at Everland, where travel enthusiasts can check out Pride in Korea, a VR tour of Korean destinations. The tour features the southeastern city of Gyeongju, once the capital of the Shilla Kingdom (BC57-AD935). The city is now famed for its many historical sites, which include royal tombs and Asia’s oldest astronomical observatory.

If you’re a horror fan, meanwhile, you will want to head to Horror Maze 1, where the VR Adventure Experience Zone offers VR headsets and 4D chairs. You can sit back and let the IT wizardry take you on a fabulously frightening tour of the attraction. 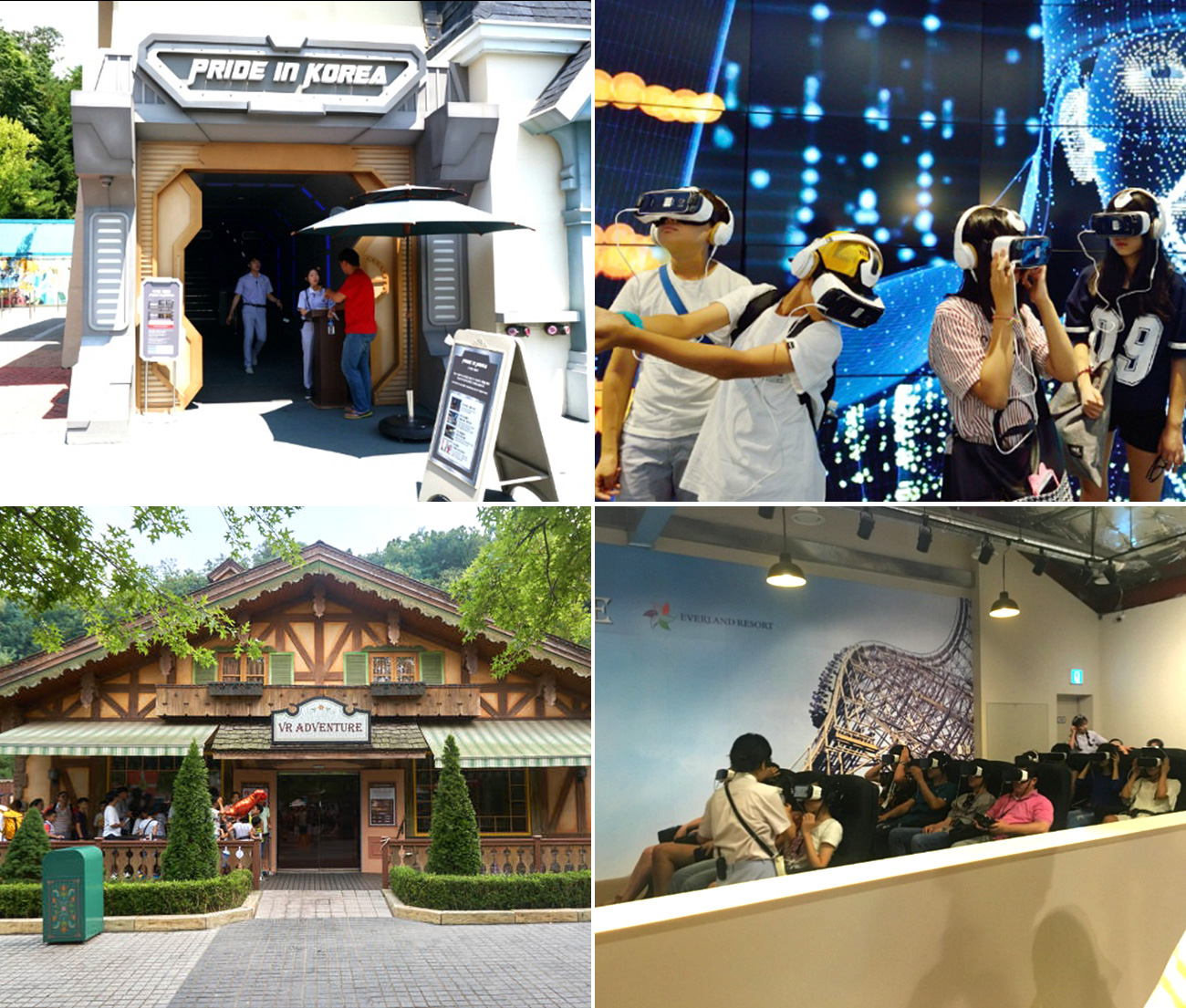 Younger guests are also in for a treat in the months to come. Everland is currently upgrading its Thomas and Friends-themed ride to incorporate VR technology. Visitors are looking forward to new IT-powered adventures that propel them into outer space and let them voyage to the bottom of the sea.

Park visitors can also make use of other Everland IT innovations. These include a 4D experience center and a smart ticket reservation system, as well as Beacon and Lollicam mobile apps for interactive selfie fun.

Everland authorities say the Universe Big Wheel’s VR “relaunch” has been a big hit. Indeed, the resort’s Facebook page has been inundated with fans’ posts and pictures about the good times they had on the ride during its 28-year run – and the joys they encountered on the new VR experience.

Together as One: Samsung C&T’s Worldwide Corporate Social Responsibility