Pop Culture and Fashion Unite in

Characters are an active part of our visual language – stemming from movies, cartoons or even technology, they can express an entire culture and its identity.

In fashion, combining styles with a storyline of a certain character can change and update an ordinarily-shaped garment into something much more. A simple solid-leather handbag can transform from classic to cool with the right dose of an eye-catching Bart Simpson imprint.

Samsung C&T Fashion Group’s labels have incorporated many unconventional icons into past collections for both fans and fashionistas, gathering the trademark characters from well-loved ensembles such as Disney and Marvel.

Beanpole Outdoor joined forces with Star Wars this season to produce designs featuring the memorable cast of the fictional universe, including Stormtroopers and the adorable droid R2D2.

The memorable Star Wars cyborgs appear on everything from backpacks, hats to puffer jackets – giving the classic series an urban makeover.

“With less shopping occurring due to the recession, we thought it would be great to feature a brand that was familiar and well-loved, while raising awareness of the upcoming movie and bringing it to life for its fans,” said Jae-woong Heo, Beanpole Outdoor’s team manager. 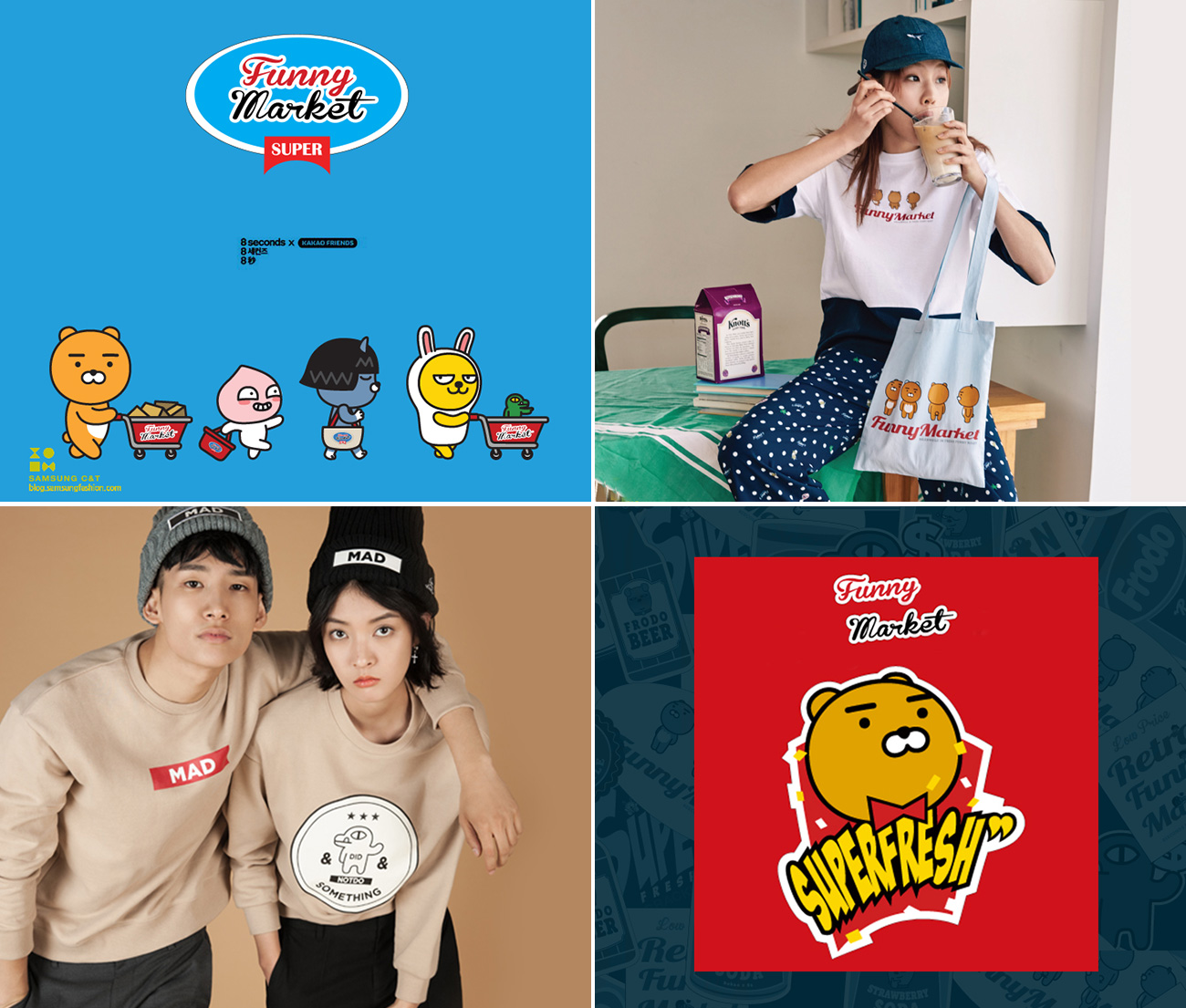 On a lighter note, the bright, friendly bunch from Kakao teamed up to adorn spunky t-shirts, bags and other goods for the second collaboration with 8 Seconds this past spring.

Particularly popular amongst teens and people in their 20s, the collection revealed trendy styles with hip character details in primary colors, gaining the attention of fans both new and old. 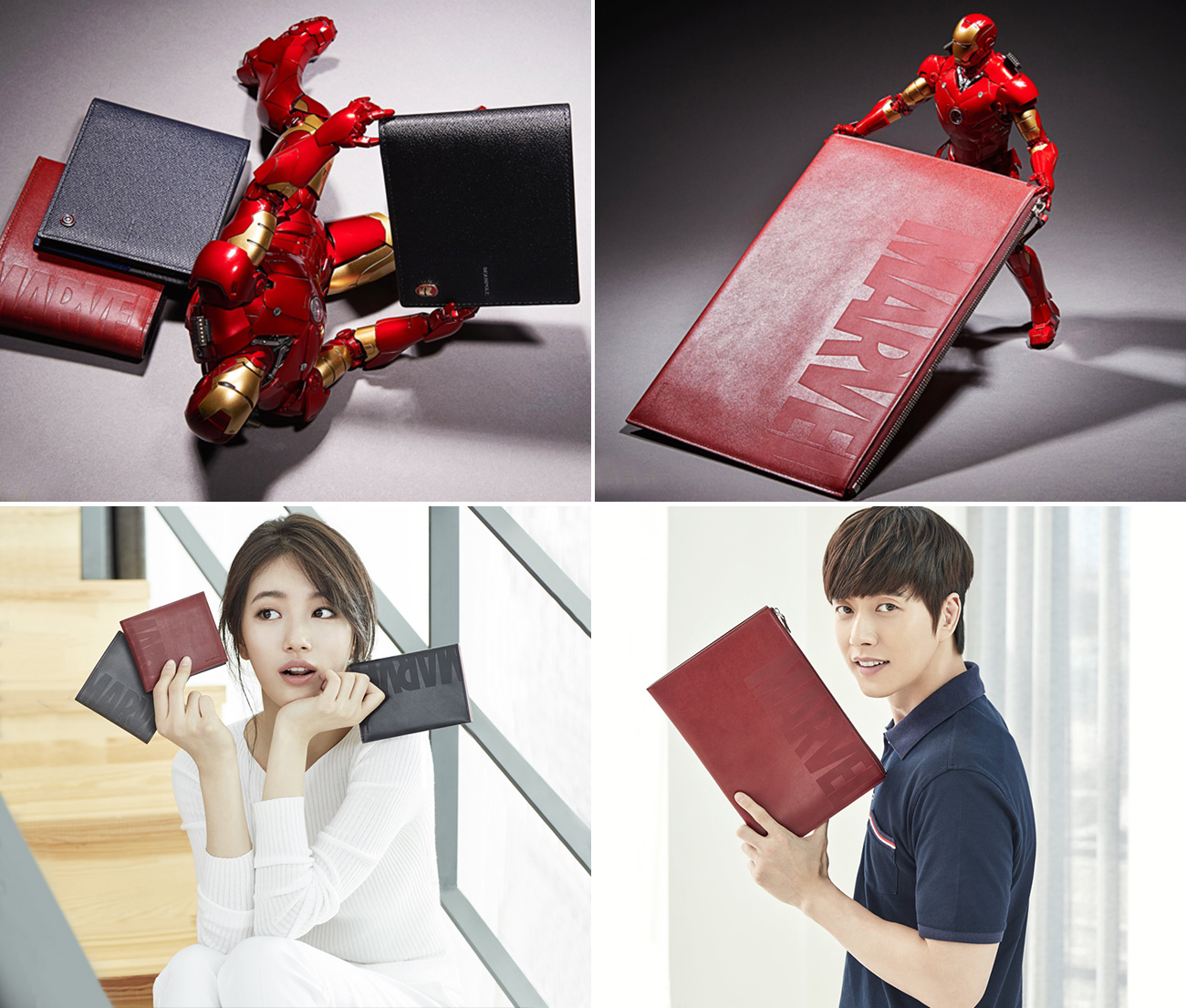 Ever imagine summoning Iron Man from your back pocket? When “Captain America: Civil War” divided the Avengers to choose sides earlier this year, Beanpole Accessory unveiled a line of sleek wallets and clutches featuring the best of Marvel’s superheroes.

Following the success of 8 Seconds’ first collaboration with Kakao Friends, the creative team behind Beanpole Accessory decided to meet a broader audience by creating one-of-a-kind designs with Marvel.

“The accessory market is continuously growing, and it is important to establish a brand’s identity with an element of fun and a twist on the design to make accessories that stand out,” said Beanpole Accessory team leader Young-chul Park.

The wallets and pouches are made with untreated naked leather, giving the items a subtle yet premium appearance, along with a high-quality emboss that is meant to be scratch-resistant. The wallets have iconic stud details related to Iron Man and Captain America, fully rounding out the line’s Marvel touch. 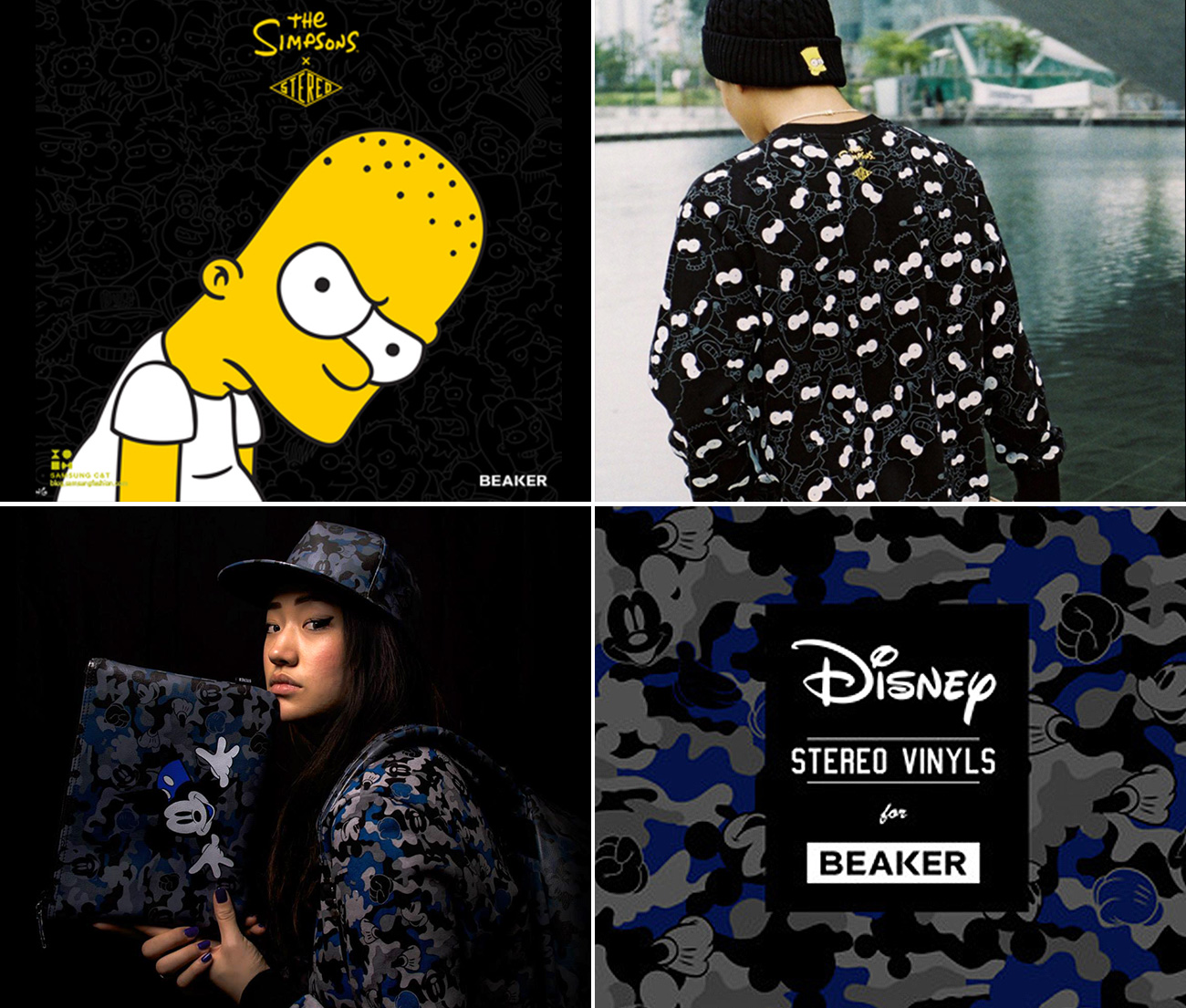 Other Samsung C&T Fashion Group brands have spun their collections with fantastic characters in the past, including the fashion forward label Stereo Vinyls.

The line took on the American sitcom “The Simpsons” for a four-part capsule collection beginning in 2015, which will continue to be released through 2017 at BEAKER.

Drawing from the colorful animations and the quirky characteristics of the oddball cast, the label used the bold cartoons on everything from bomber jackets, beanies and sweatshirts to reinforce the show’s wacky comedy as well as parts of skateboarding culture.

Samsung C&T Fashion Group’s brands have a knack for keeping up with trends, and blending culture with fashion is just one of the ways it is enhancing its brands’ unique identities.

Beanpole, 8 Seconds and Stereo Vinyls have all worked with noteworthy characters to infuse a bit of humor into their collections – creating designs that appeal to the young and old, girls and boys.

These collaborations have resulted in witty and fun pieces that mix youth culture with tasteful kitsch, giving a new sense of style and creativity to elevate even the most traditional of wardrobes.

Building Ties: How Samsung C&T is Improving the Lives of Residents in Vietnam