As 2017 inches towards its finale, one question will certainly crop up in conversations with friends, family and loved ones: where’s the best New Year’s Eve countdown?

In just a few days, hundreds and thousands of people will gather around the world’s most remarkable buildings and landmarks to make the most of 2017’s final moments and start the New Year with a bang. To help you decide where to spend New Year’s Eve with your loved ones, Samsung C&T Newsroom has put together a list of our favorite countdown spots around the world. 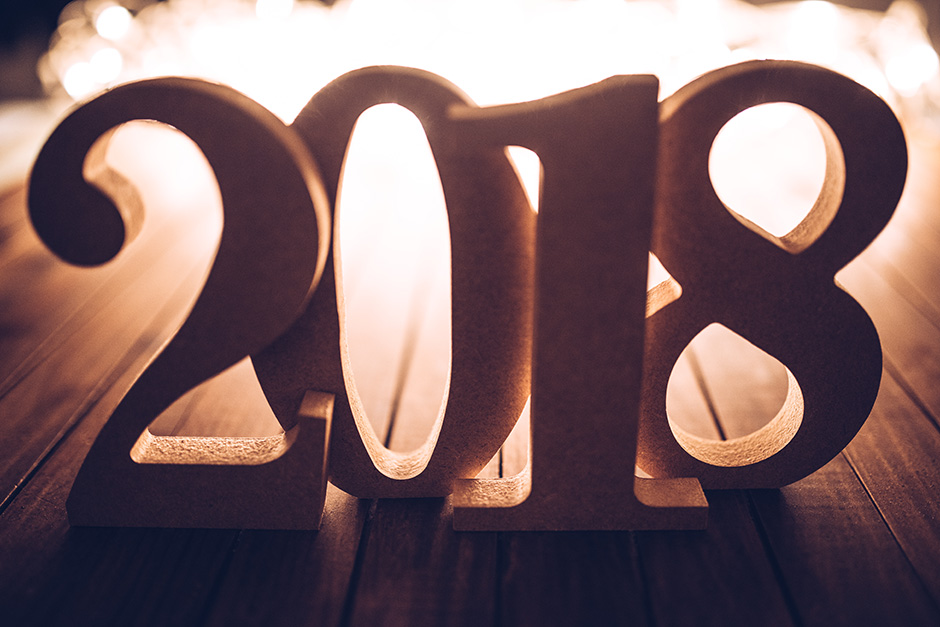 Fireworks lighting up the night sky above the Sydney Harbor bridge and the Sydney Opera House is one of the world’s most iconic New Year’s Eve celebrations.

The brainchild of pyrotechnician Syd Howard, who was inspired by fireworks on the Brooklyn Bridge for its 100th anniversary celebration, New Year’s Eve in 1996 was the first time revelers saw a curtain of fireworks cascade from the Sydney Harbour Bridge.

The show this year will be the largest to date. Designed around the theme of “Wonder”, it will include 8 tons of pyrotechnics, 13,000 aerial shells, and 30,000 shooting comets, along with a new jet-ski display. 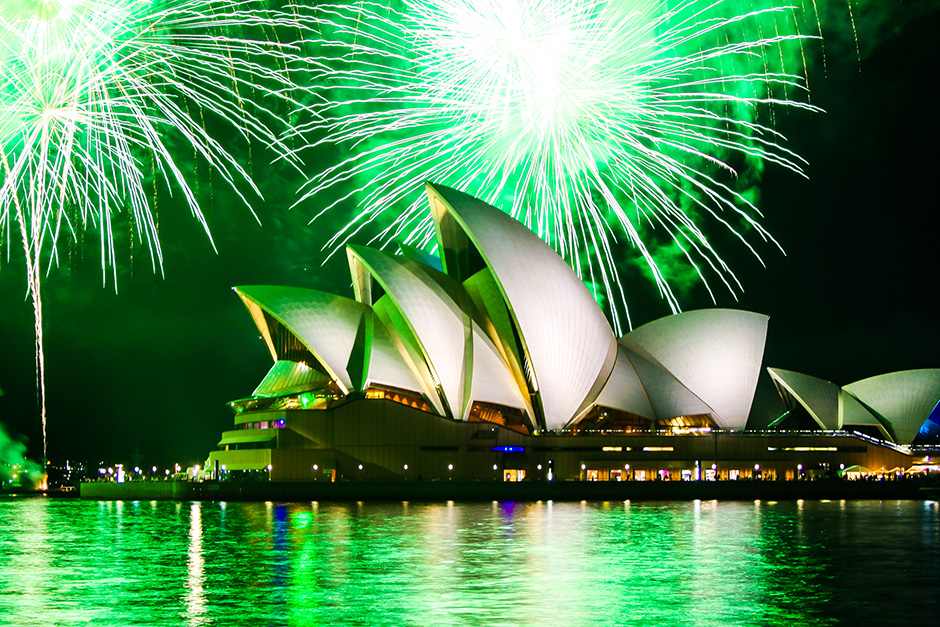 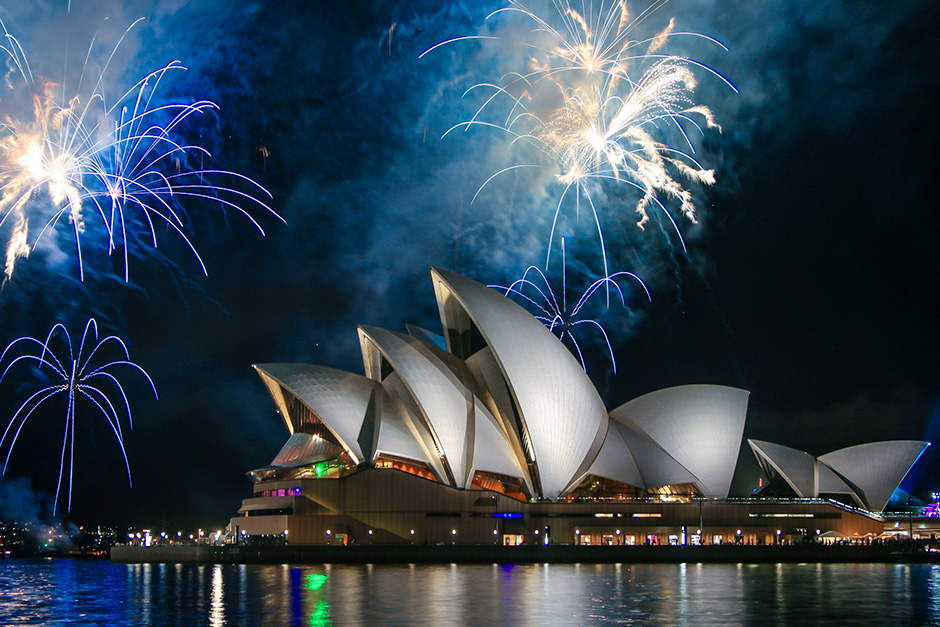 Sydney Opera House – Fireworks by Bodie Strain is licensed under CC BY 2.0

The world’s tallest skyscraper and fireworks– that is a sure recipe for New Year’s Eve countdown success. Since it was completed in 2008, the Samsung C&T built Burj Khalifa has for years served as the centerpiece of Dubai’s extraordinary efforts to ring in the new year.

Built over a period of four years, the Burj Khalifa has broken numerous records since its completion. Featuring the world’s highest installation of an aluminum and glass façade, the tower will dazzle revelers at the stroke of midnight as lights play off its exterior in the night sky.

Dubbed “Light Up 2018”, organizers of this year’s festivities have promised the countdown will be a “spectacle” and that it will be an attempt to set an official Guinness World Records title. However, they are so far keeping mum about how they plan to feature the 828-meter-tall skyscraper. For those who are eager to get a glimpse of what will happen, here’s a behind-the-scenes video of the preparations to whet your appetite. 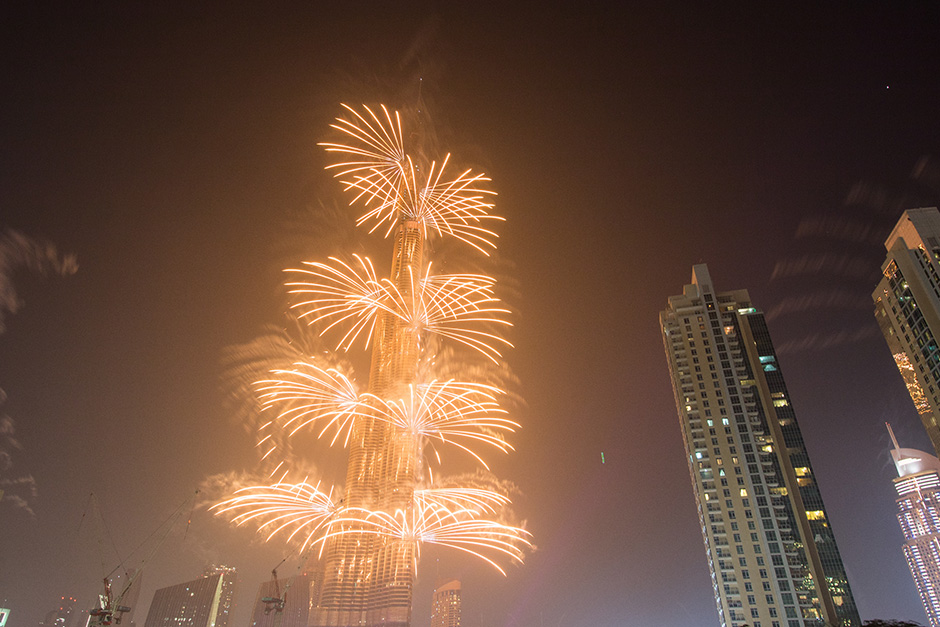 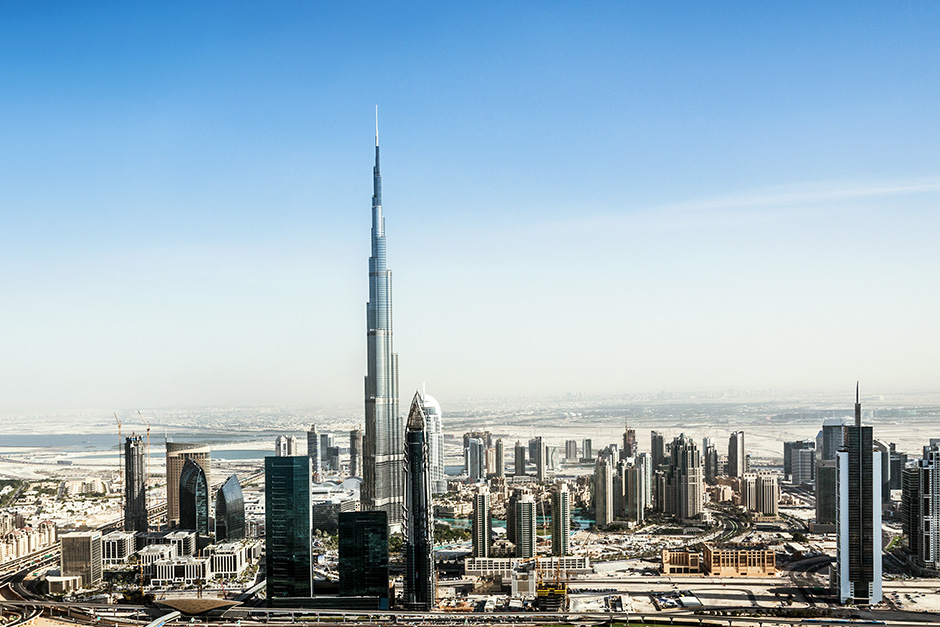 Most New Year’s Eve countdowns center around one landmark. In Hong Kong, however, you’ll be surrounded by dozens of spectacular buildings as the celebrations get underway.

The bold lines of the Bank of China Tower, the gentle curve of the Hong Kong Cultural Centre, the towering International Financial Centre, and hundreds of other structures in all shapes and sizes compose an architectural mosaic for the fireworks display at Victoria Harbour.

For an even more unique setting to experience the pyrotechnics show, try climbing up Victoria Peak and watch the display from Hong Kong Island’s tallest mountain. 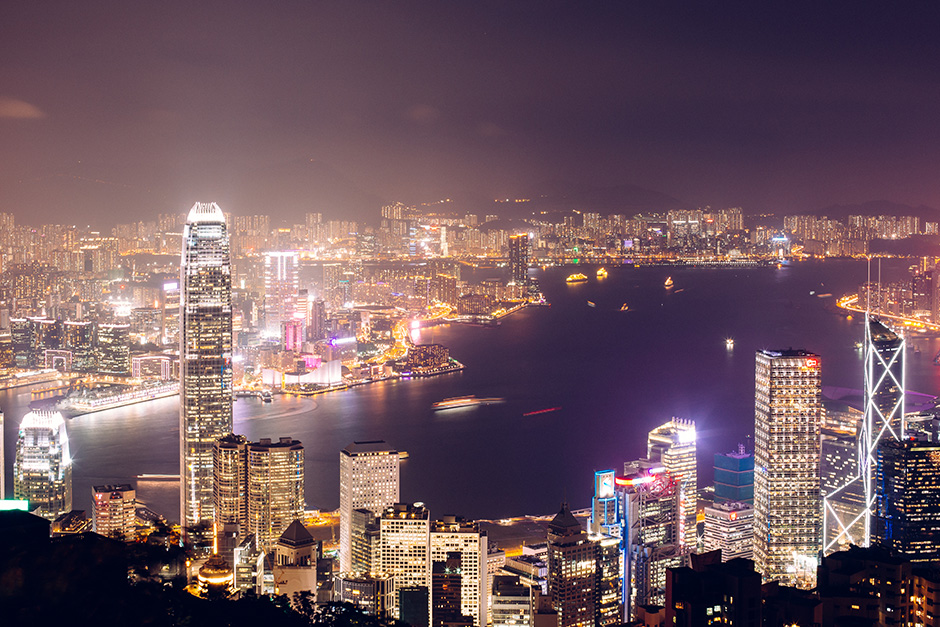 Kung Hei Fat Choi! by Michael Ellaroy is licensed under CC BY 2.0

Watching fireworks explode around the Petronas Twin Towers, which shines in the night sky like two diamonds, is an experience like no other. Constructed by Samsung C&T in 1999, the futuristic towers, connected by the iconic skybridge, are a symbol of the Malaysian capital.

For a close-up view of the pyrotechnics display, head to the KLCC park. While the park is quiet and calm throughout most of the year, it transforms into an electric hub on New Year’s Eve, packed with music and festivities. If you are looking for a more relaxed countdown celebration, you can still watch the fireworks at many spots around Kuala Lumpur, as the towers stand above the rest of the city’s skyline. 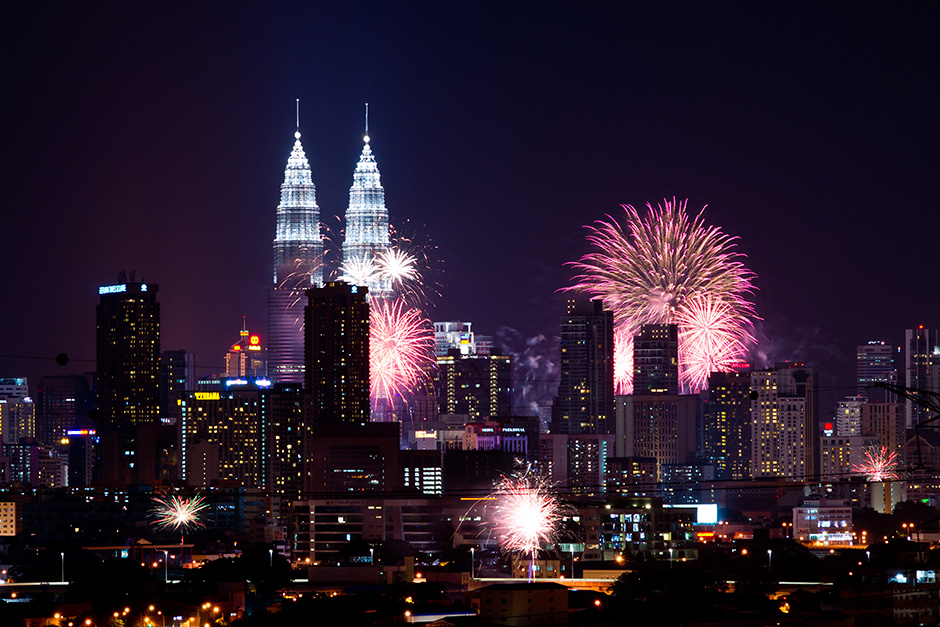 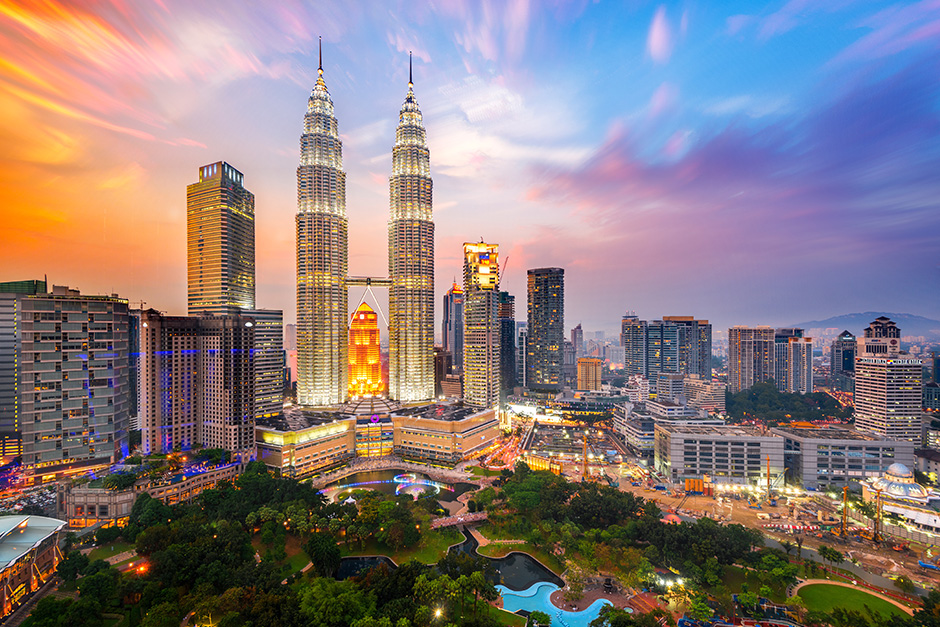 A joyous atmosphere spreads throughout Paris on New Year’s Eve and what better place to welcome ring in the new year than one of the most beautiful avenues in the world – the Champs-Élysées.

Not only can you witness fireworks above the Arc de Triomphe but the Eiffel Tower, which lights up at the stroke of midnight, can also be seen from the avenue. Like all the best New Year’s Eve celebrations, the Champs-Elysses will be packed with a cheerful crowd. Just remember the phrase “bonne annee” if you do decide to spend your New Year’s Eve there, as you’ll find yourself greeting many strangers come midnight. 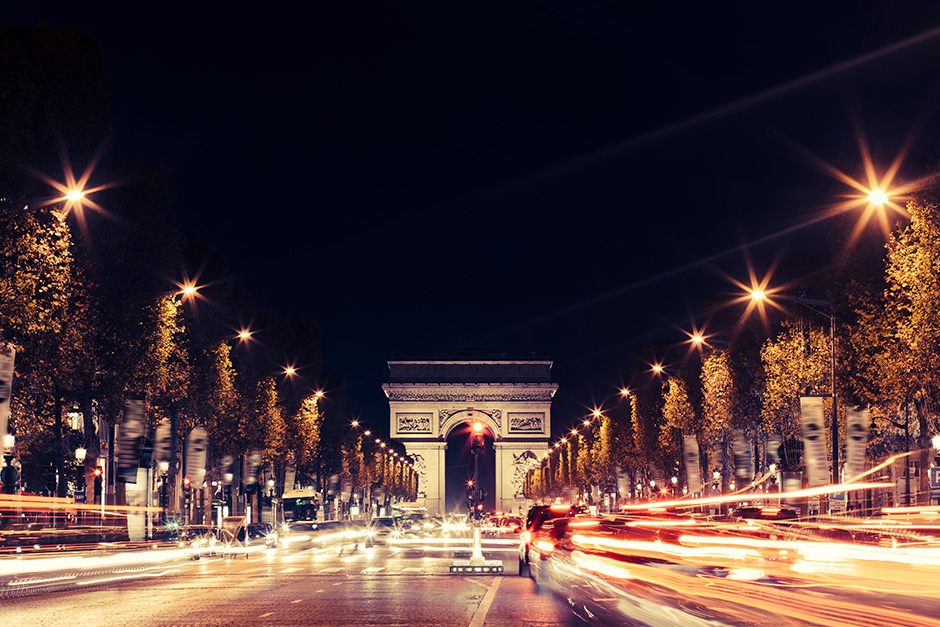 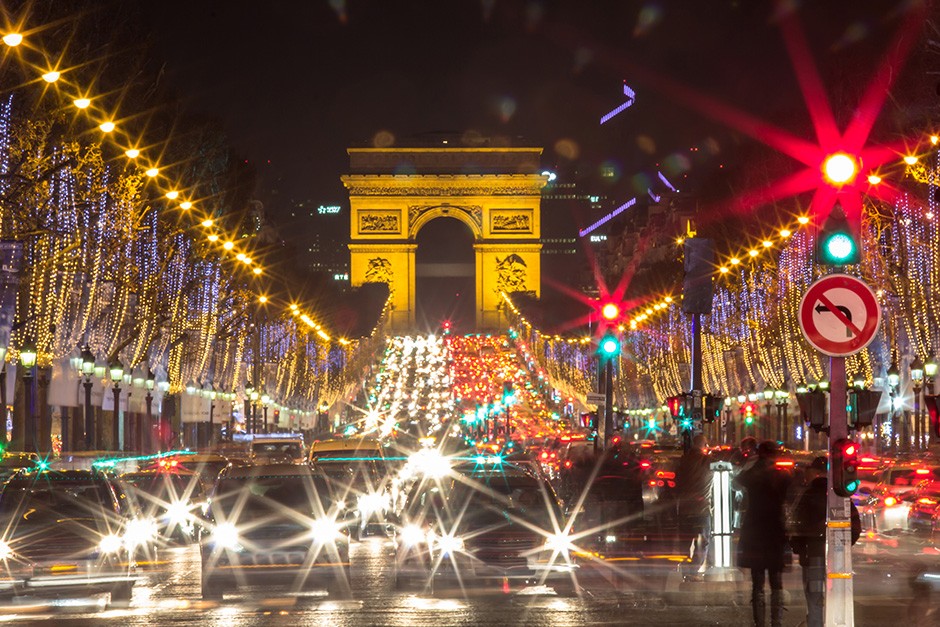 The ball drop at Times Square is quite possibly the most famous New Year’s Eve celebration.

The tradition began in 1907 when New York Times’ owner Adolph Ochs wanted to put together a spectacle to attract a bigger crowd to the square. The result was to incorporate a time ball in the final minute of the countdown.

Since its inception, New Year’s Eve celebration has expanded beyond the ball drop. Revelers often arrive hours before the countdown to secure a prime spot, while numerous mega-stars perform throughout the night. 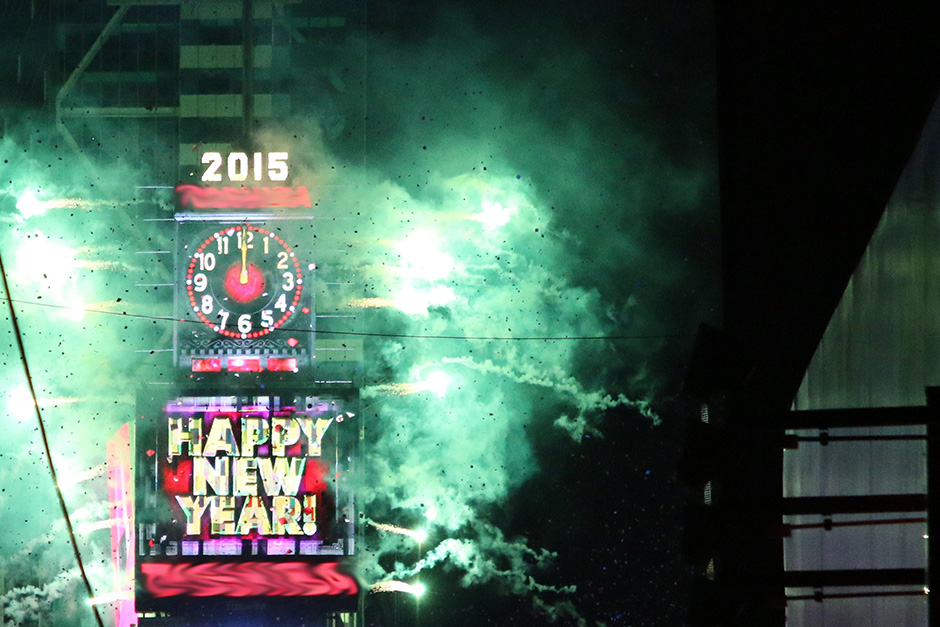 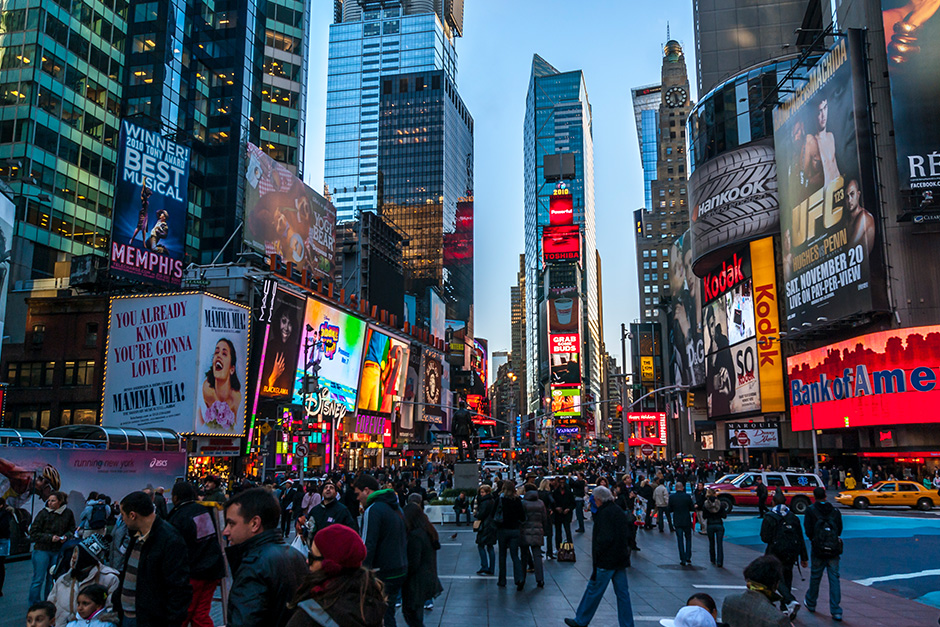 A cornucopia of fireworks and lights on Taipei 101 will kick into action as the clock ticks to midnight, delivering a 6-minute spectacle at the world’s second tallest skyscrapers.

At 509 meters tall, Taipei 101 was the world’s tallest skyscraper when it was completed by Samsung C&T in 2004. It held the title for four years before the record was broken by the Burj Khalifa. Nevertheless, Taipei 101 remains one of the most impressive engineering feats in modern-day skyscraper construction.

New Year’s Eve countdown at Taipei 101 has been watched by millions for over a decade. On top of the pyrotechnics show, a futuristic concert, featuring several major Taiwanese pop stars, will accompany the celebration this year. 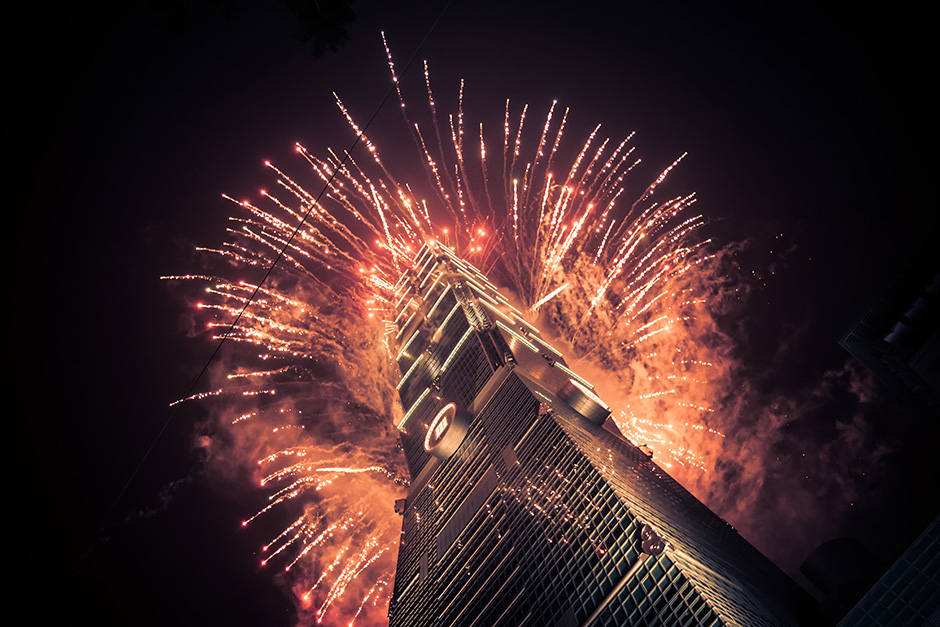 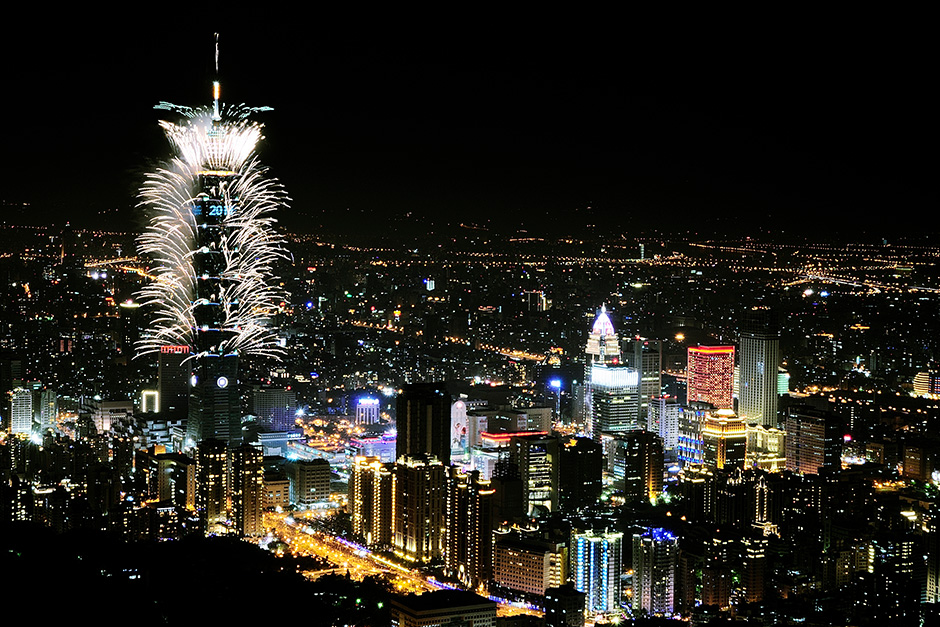 Taipei New Year 2016 by Jirka Matousek is licensed under CC BY 2.0