With over 9,000 employees in over 50 countries, Samsung C&T is a truly global corporation made up of individuals from a diverse range of societies all over the world. Furthermore, Samsung C&T understands that success for a global company is measured not just through the growth of each regional office, but also through that of the local communities it is a part of.

This is why every year employees from C&T offices all over the world take part in volunteer CSR activities and endeavors to give back to and help grow the diverse communities they live and work in.

Activities for All in America

From the East to the West coast, employees at Samsung C&T America engage year-round in volunteer activities to help those less fortunate around them. Over on the Eastern Seaboard, employees from the New Jersey and New York offices journeyed to the NY Presbyterian Children’s Hospital in New York City to help the patients there celebrate Halloween. Dressed up as cartoon characters, the volunteers handed out bags of treats to the young patients. The volunteers also spent time with the children in their art studio, keeping them company and learning how these brave young patients embrace their creativity despite their conditions.

But the East Coast teams’ activities don’t stop at just gestures of goodwill. The New Jersey office collaborated with nonprofit organization Children’s Aid and Family Services in purchasing school supplies to ensure successful and productive school years for local students. The New Jersey and New York offices also host a yearly program known as ‘Shop and Stock’, where volunteer employees take over the basement pantry of the West Harlem Food Bank to set up a free grocery store open to anyone in need in the 5 boroughs of New York City.

Over on the West Coast, Samsung employees and their families have brought real meaning to the annual “Griffith Luau” charity run held at Griffith Park by deciding to donate any participation and entrance costs from the event to associations helping homeless people get back on their feet. The LA C&T Office also holds an annual blood drive in the month of October. Knowing that not a day goes by where someone is in need of a blood transfusion, in 2017 33 people were able to donate a full pint of blood. Given that one pint of blood can help 3 people, on that day alone the brave volunteers collected enough blood to help 99 people in need. 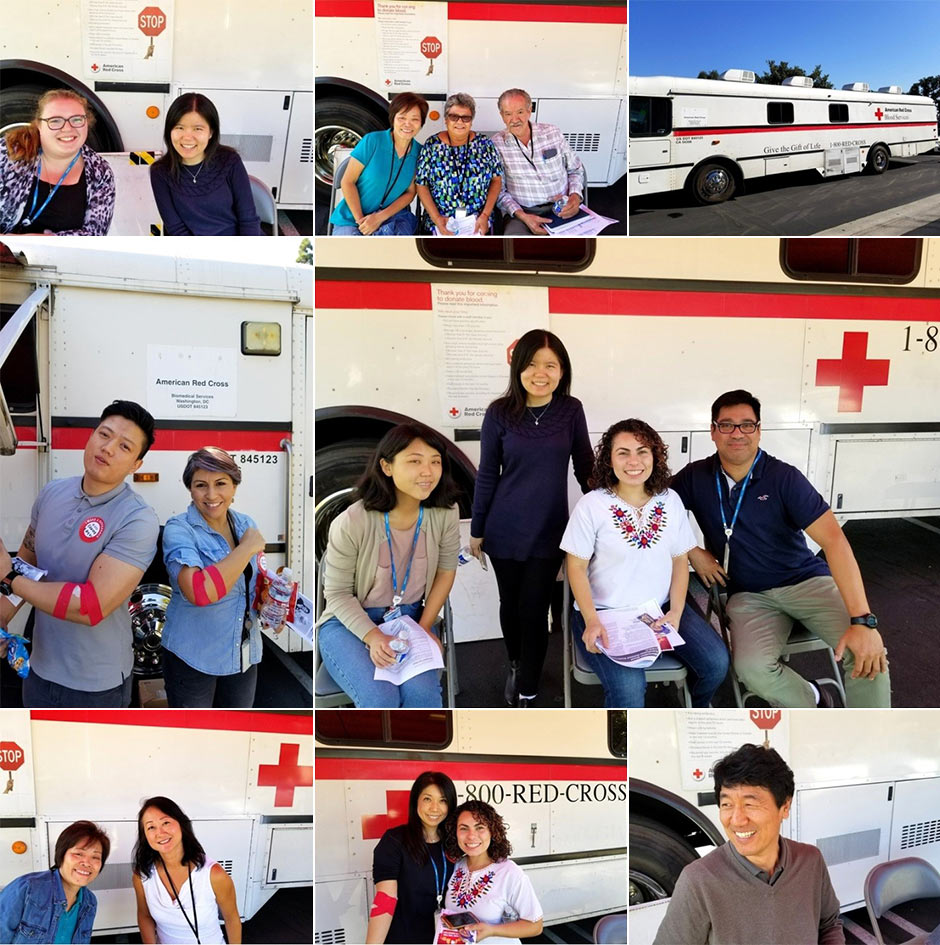 Smiles All Round in Singapore

Across the ocean in Singapore, workers in the C&T office reached out to communities in neighborhoods in need of help. The volunteers, along with nonprofit organization Heart to Heart, aimed to supplement and brighten the livelihoods of low-income families and elderly members of the community living alone. The volunteers themselves prepared food packages with a week’s supply of food, including staples like bread and nuts, ingredients to make the Singaporean national drink, as well as instant coffee and peanut butter.

The volunteers then hand-delivered the packages to members of the local community – both recipients and givers expressed their delight at the activity, with those who received the food deeply grateful for the help and the volunteers happy to have made a difference, however small.

Meanwhile, over in Shanghai, older people living in the city’s nursing homes can grow lonely – especially around the holidays. Accordingly, the Shanghai team, including Hochan Park, President of China RHQ, planned a series of activities for the residents of a local nursing home. After wishing everyone health and happiness for the New Year, the volunteers provided the residents with food, engaged them in fun games and helped decorate the nursing home with traditional characters and couplets to bring some festive cheer. 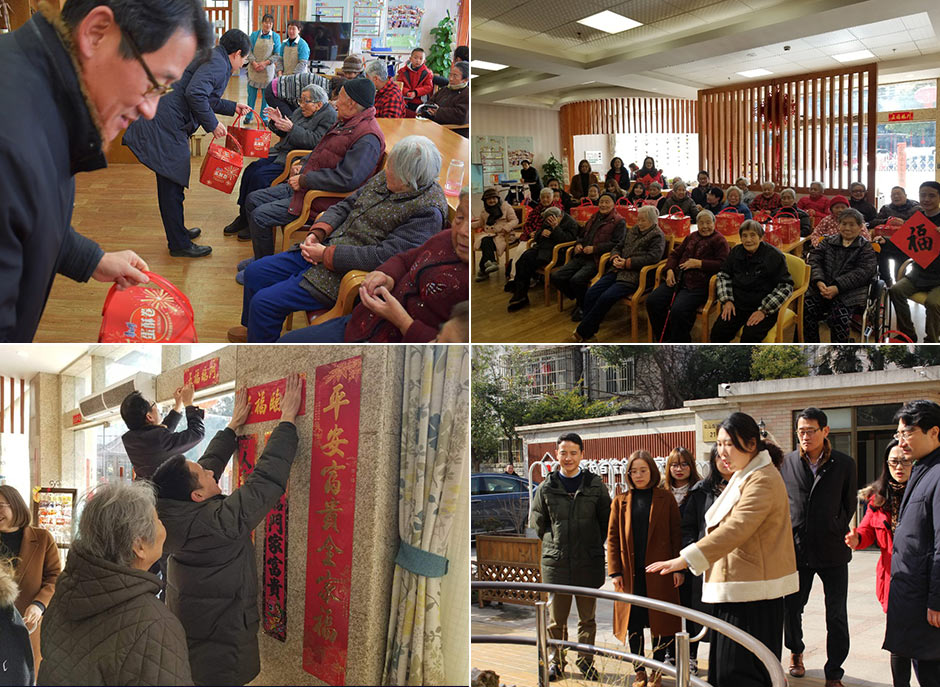 The day ended with a tour of the nursing home, introducing the volunteers to how such nursing homes encourage communication between the residents – a vital component in the lives of the elderly that the C&T volunteers felt they had sincerely contributed to during their time with the residents.

In Japan, 25 employees of the Tokyo corporation took part in the office’s yearly tradition of conducting environmental beautification activities on Mount Fuji. A symbol of Japan and a World Heritage Site since 2013, Mount Fuji unfortunately suffers greatly from illegal waste dumping, and so for the past six years, Samsung C&T has worked to help mitigate the issue.

The volunteers worked on collecting, sorting and removing the garbage found – they also had to extract any garbage swept away or partially buried due to vigorous rainfall. Even with the size of rubbish left on the mountainside ranging from plastic bottle caps to car tires, the volunteers still managed to collect a notable amount of detritus during their time on the mountain. 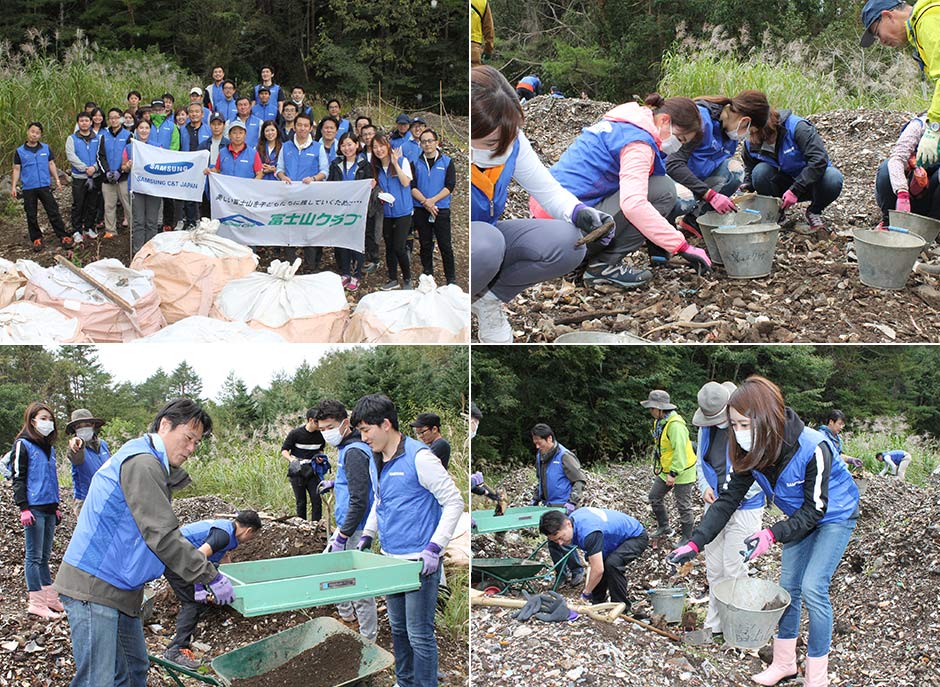 Samsung C&T is dedicated to sharing the fruits of its labor with community stakeholders and members all over the world. In giving back to regional communities in ways that acknowledge the unique and localized needs of each place, the Samsung C&T Group continues to show its commitment to creating positive transformation and changing lives for the better.

Garosu-gil: The Cutting-edge of Fashion and Style in Seoul