Samsung C&T’s Trading & Investment Group is all about cultivating global networks. After all, it is hard to do business in international trade if you do not have your ear to the ground in countries all over the world.

That is why Samsung C&T has offices in some of the world’s most dynamic cities. And, with initiatives like the Global Assignee and Global Trainee programs, the company’s employees get the chance to share invaluable information about trade with one another – and learn about each other’s culture.

One such employee is Sylvia Ng, a manager in the Hong Kong office’s finance department, and part of the Samsung C&T team for six years and counting. In Hong Kong, she mainly deals with financing for Samsung C&T’s metal business. She also monitors Chinese economic developments and other global news that could have an impact on the company’s activities.

In September last year, she embarked on a three-month Global Trainee program that saw her travel to the company’s headquarters in Seoul. While she was in the Korean capital, she took the time to share her views on Hong Kong’s famous street food, something she missed very much during her stay. Indeed, the city’s al fresco dining scene has been named as one of the world’s top five by Condé Nast Traveler.

So join us as Sylvia Ng takes us on a specially curated guide to 10 of her favorite must-try Hong Kong street food treats!

This tart consists of an outer pastry crust filled with egg custard. There are several variations of egg tart in the city, containing egg white, milk, chocolate and even bird’s nest. You’ll notice that Hong Kong egg tarts have two types of crust: short crust pastry and Chinese puff pastry. The best ones are made from Chinese puff pastry, and taste especially good when they’re fresh from the oven!

Lord Stow’s Egg Tarts by Marco Ooi is licensed under CC BY 2.0

This waffle gets its name from its shape: it looks like a large honeycomb with egg-shaped mounds. The crispy shells give way to an inner softness. It’s is always a hit for both Hong Kong locals and visitors. Just like egg tarts, so many varieties are now available – including chocolate, strawberry, coconut and black sesame. Yum! 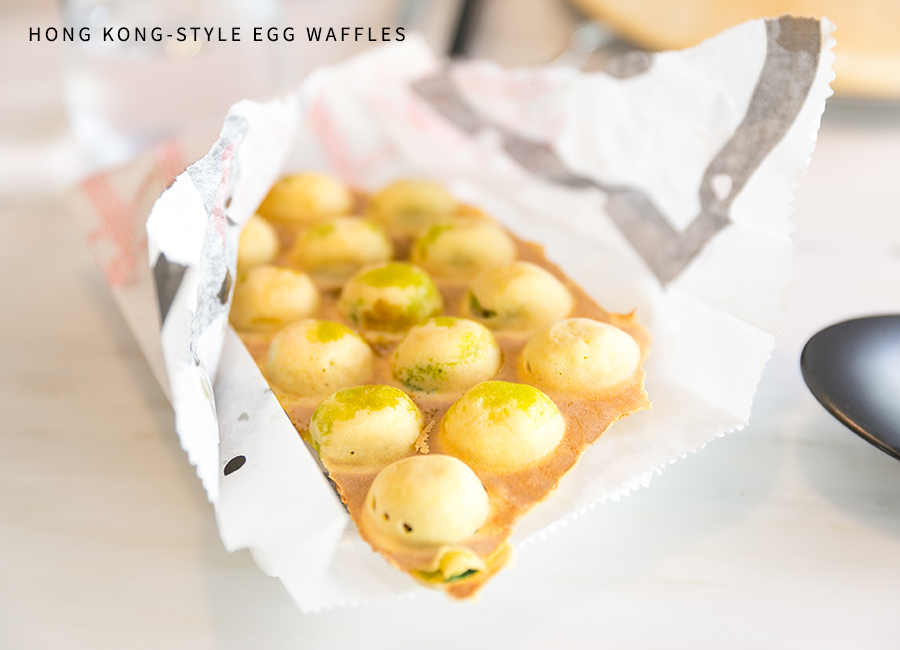 Yunan ham and spring onion egg waffle by City Foodsters is licensed under CC BY 2.0

You can’t come to Hong Kong and not try this snack! Street hawkers deep-fry fish balls and then heat them in deliciously spicy curry sauce, served on bamboo skewers, with optional sides like radish and pork rind. You can find a curry fish ball stall practically everywhere you go in the city. 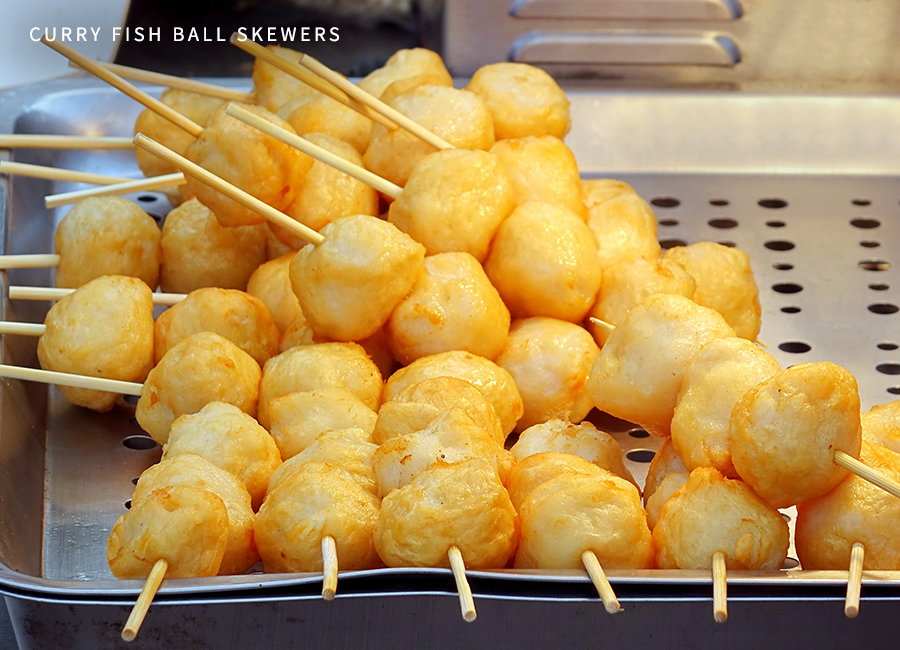 Hong Kong-style milk tea is known for its creamy texture and sweet and rich flavor. Typically served in the afternoon, a key feature of this tea is that a sackcloth bag is used to filer the tea leaves. This resembles a silk stocking, so Hong Kong natives sometimes call it “silk stocking tea.” Some outlets use condensed milk, making for a distinctively thick texture. 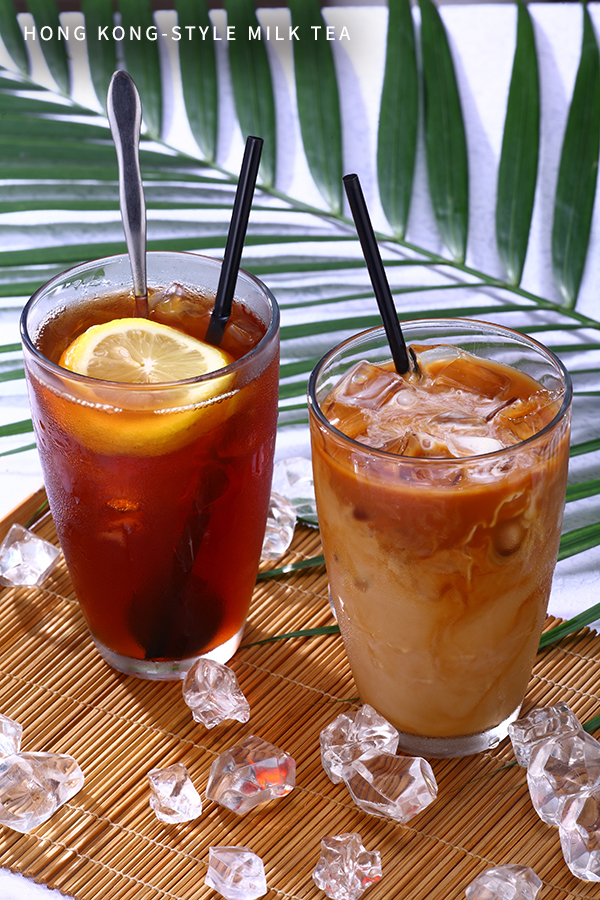 This candy is a nostalgic treat. Vendors make it by boiling sugar and then leaving it to chill until it reaches a stage when they can pull and fold it over, sprinkling it with flour all the while so the strands don’t stick together. The finished “beard” is cut up into small pieces and then wrapped around crushed peanuts. Unfortunately, nowadays it’s quite difficult to find stalls that sell this on the street – but you can still find it packaged in ornate boxes at supermarkets. 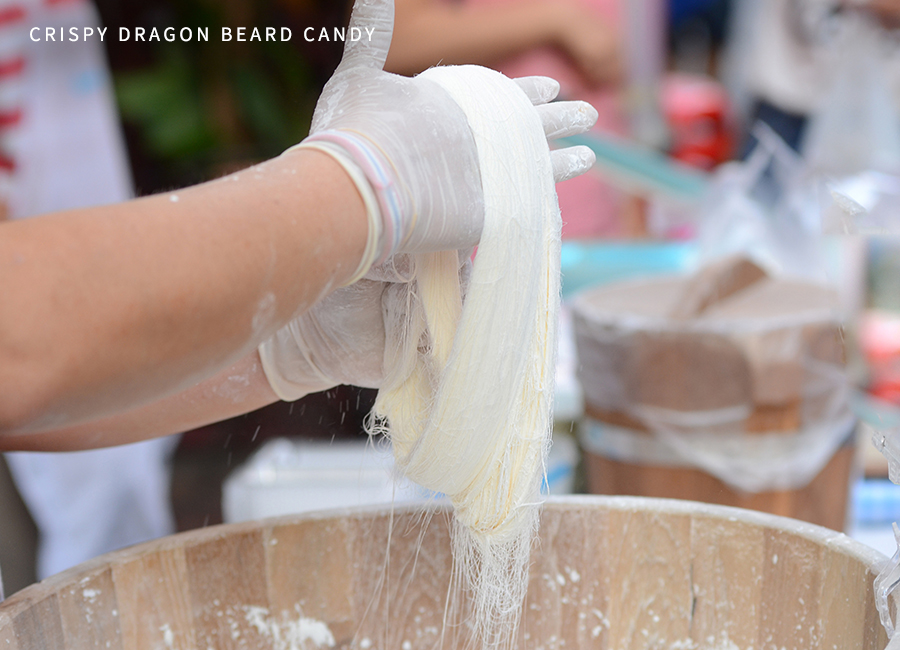 This snack is made with very soft tofu in a wooden bucket, and is served with sweet ginger or syrup. If you go hiking in Hong Kong, sometimes you will find stalls in the mountains selling this. Some people (myself included) also like to add golden sugar, for a sweet taste and a crispy texture. 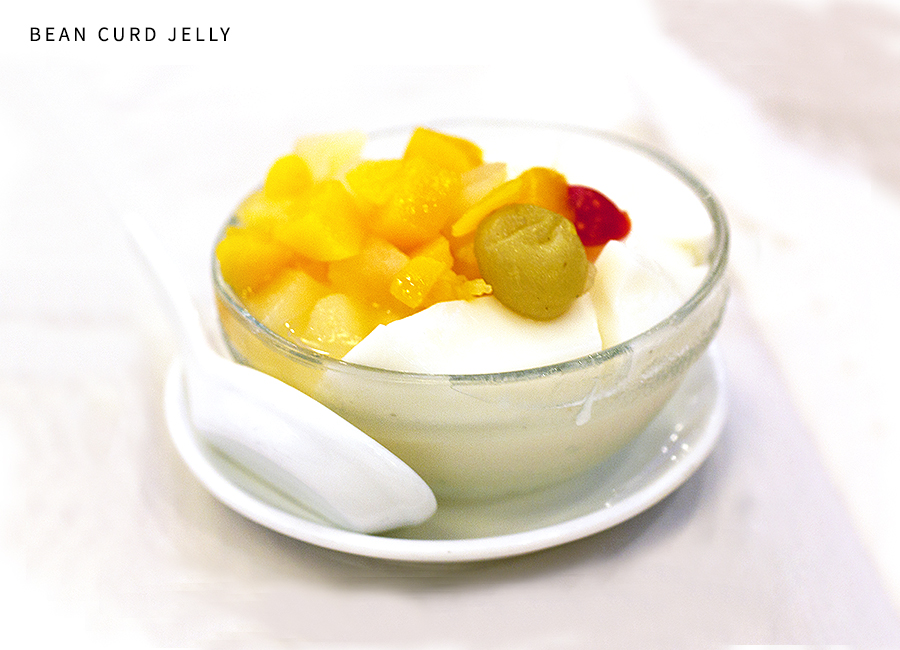 Bean curd jelly @ golden unicorn by bionicgrrrl is licensed under CC BY 2.0

Made of a mixture of rice flour and water, these noodle rolls are different from the ones you’ll find in dim sum restaurants. They aren’t stuffed – instead they are served with toppings and a thick sauce. You can choose from sweet soy sauce, seafood sauce or peanut sauce. 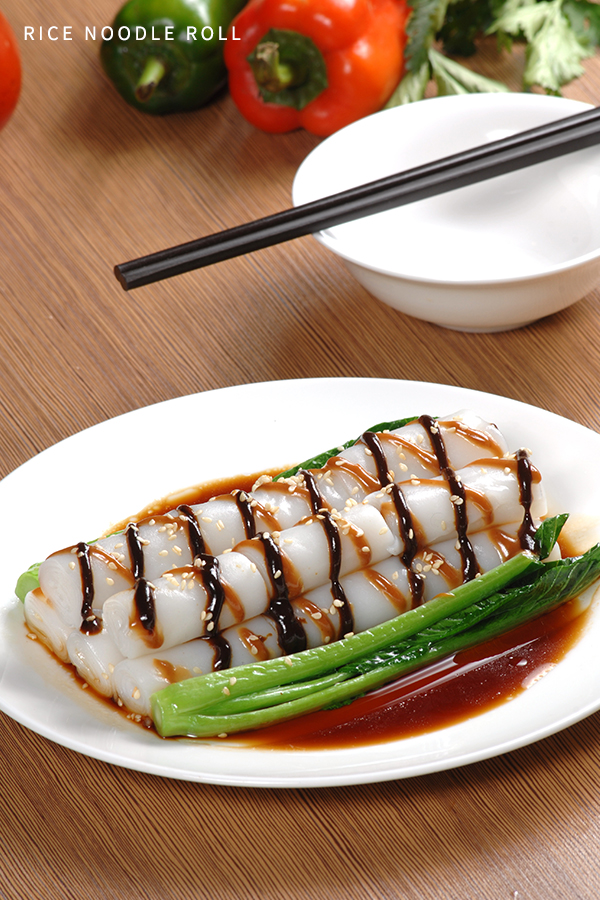 Although it is known as pineapple bun, this snack doesn’t actually contain any pineapple. Its name comes instead from the fact that its top crust is cooked to a golden-brown pineapple-like color. It comes with a large hunk of butter stuffed inside. People sometimes criticize it for containing too much fat and cholesterol – but it tastes so good that it’s hard to resist!

Afternoon tea: Pineapple bun and milk tea by Dennis Wong is licensed under CC BY 2.0

We call this stinky tofu because, well, it stinks! It’s a deep-fried, fermented tofu that is crunchy on the outside and soft on the inside. It’s best eaten when hot and fresh, and topped with seafood sauce. There’s no sitting on the fence with this one – you either love it or hate it. But personally, I’m a huge fan! 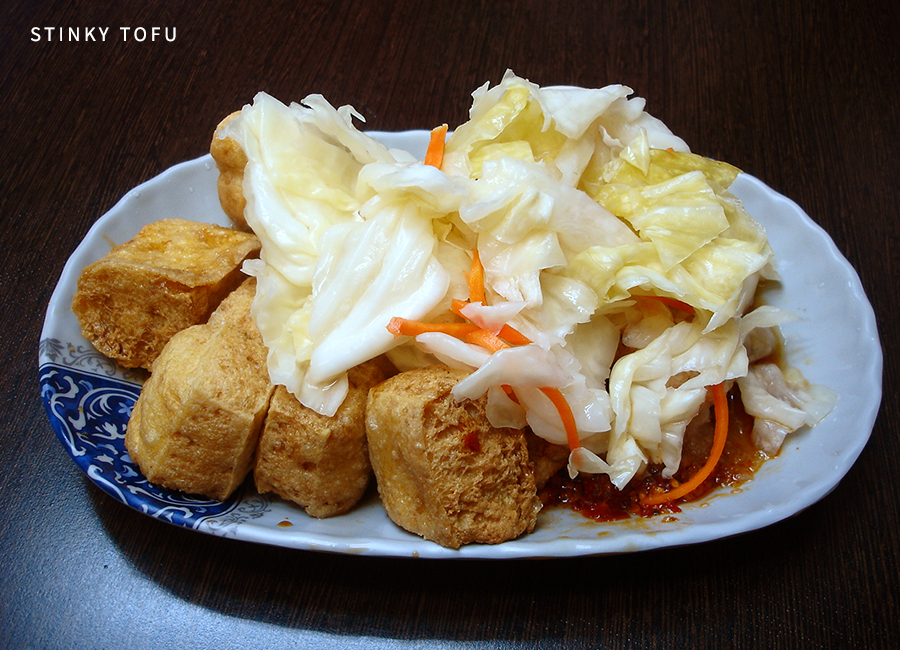 Stinky tofu by Titan Deng is licensed under CC BY 2.0

Usually sold in small bowls at street stalls, as the name suggests, this does not contain any actual shark meat. It’s actually vegetarian, for the most part, as its main ingredient is bean noodles. However, it can contain all sorts of other ingredients, including mushrooms, eggs and even pork. 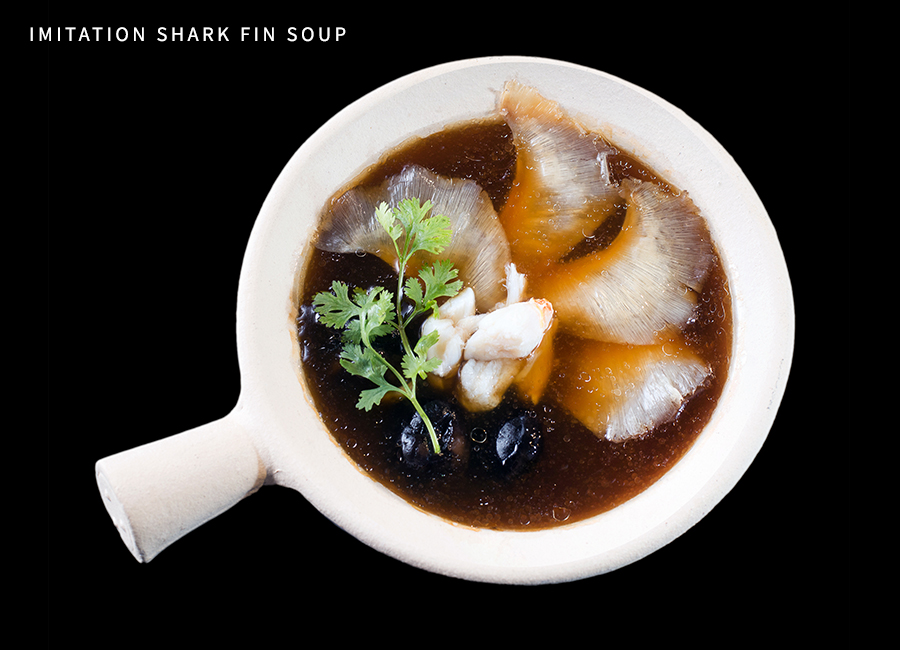 Why the Trench Coat Rules ‘Again’ This Spring