How the Shipping Container

We now have at our fingertips a legion of goods we can order from countries outside of our own. Books, snacks, clothes, you name it. They can all be delivered straight to our doorsteps within a matter of days with just a few clicks online. As consumers, we may occasionally marvel at the spanking pace at which our goods arrive, or the ability to place an order straight from our smart devices, but rarely do we think about a fundamental development in the global market that has changed trade forever: the birth of the shipping container.

A standard shipping container looks remarkably unimpressive, but for trading companies, it is one of the most important tools for doing business. It’s typically built with corrosion-resistant steel and measures about 2.4 meters wide, 2.6 meters high, and either 6 or 12 meters long. About 90 percent of world trade is said to take place at sea, with container ships responsible for the transport of most manufactured goods. This means without the neatly stackable container boxes global trade would come to a standstill. 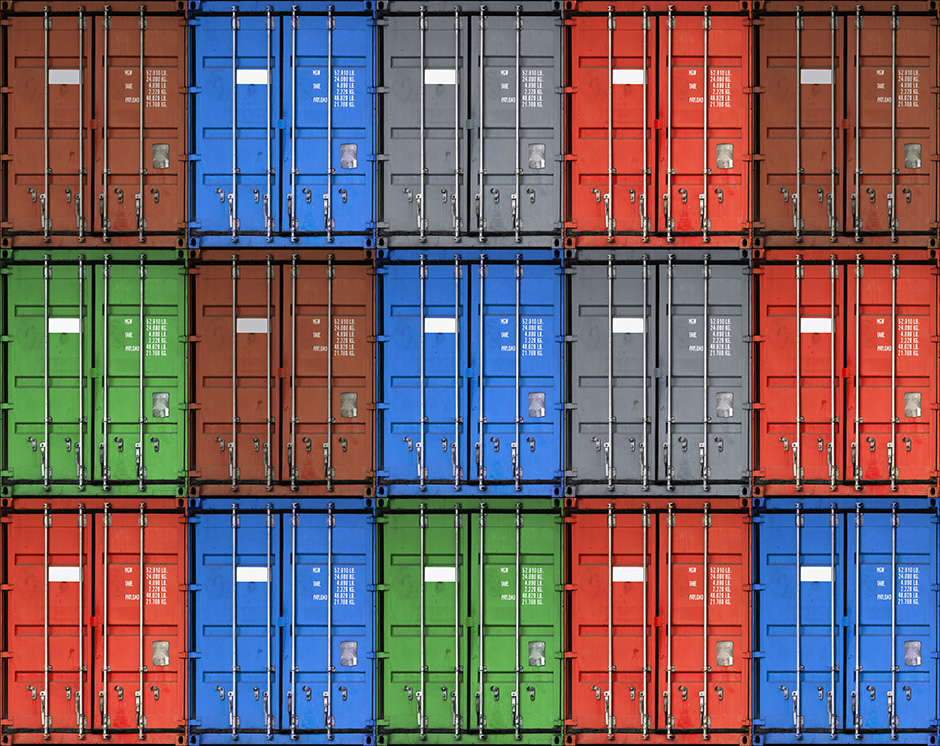 The Birth of the Shipping Container

The history of the innovative box dates back to 1956. An American entrepreneur Malcom McLean, who owned a trucking and shipping company at the time, had long envisioned creating a giant box that could be packed with small crates, loaded onto a flatbed truck, and directly placed onboard a ship.

Having spent time as a truck driver when he was young, McLean understood how immensely inefficient it was to load and unload a cargo ship. Trucks would first gather at ports with their cargo. Dockworkers would then unload all of the crates and boxes one by one and carry them up onto the ship individually, where someone would in turn sort and place each crate. It was said to take up to two weeks to load or unload the ship, and theft and injuries were all too common in this process. 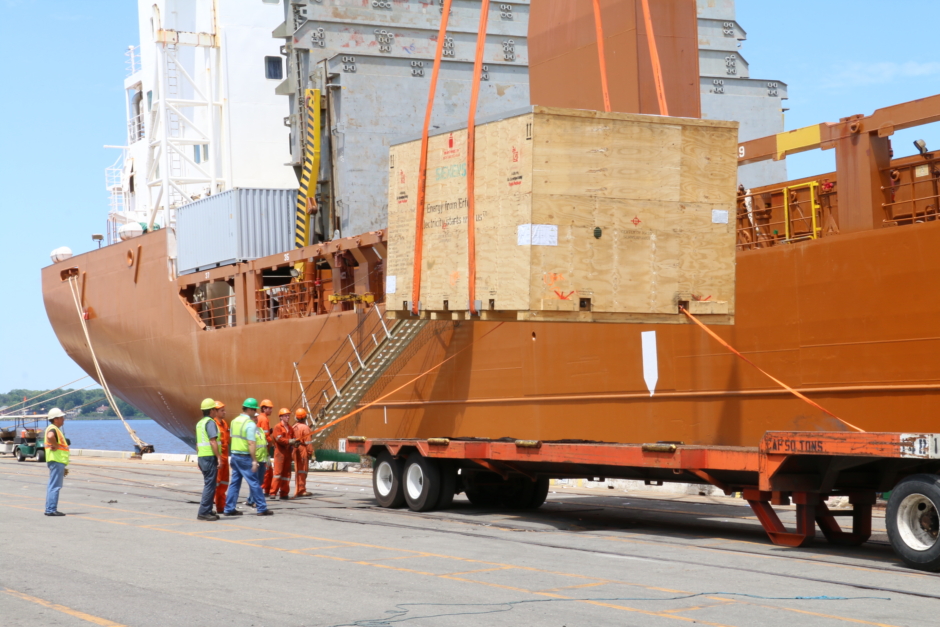 Generator worth $2 million moves through JAXPORT by JAXPORT is licensed under CC by 2.0

So you can understand why the invention of the container box was considered revolutionary. It not only made the entire shipping process significantly more efficient, but also cut down costs dramatically. McLean estimated that for his first shipment, it cost only US$0.16 per ton using his container boxes to load as opposed to US$5.83 with manual labor. In terms of volume, in 1965 dockworkers could only haul up to 1.7 tons an hour, but five years later, with shipping containers, they were moving 30 tons in that same hour.

Containerization, as it’s called, paved the way for the exchange of global goods at a pace never foreseen. A report published earlier this year goes as far as projecting that containerization has helped boost global trade by more than all global trade agreements combined over the past half-century. 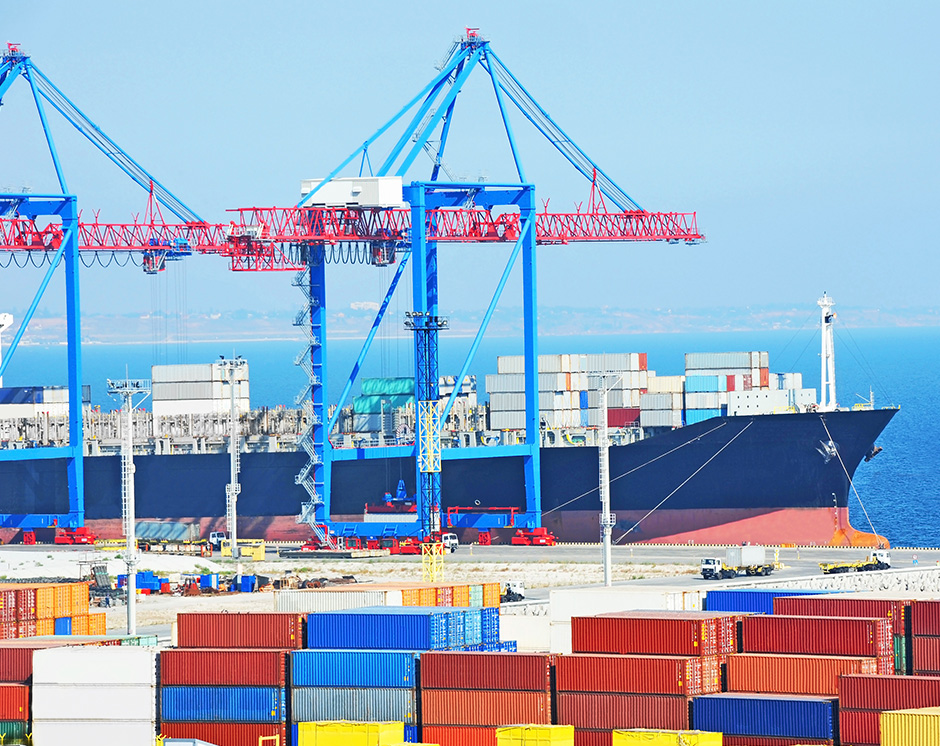 The shipping container has no doubt secured an unrivaled position in the trading industry in this era of cross-border integration. But what may add to the wonders of this simple innovation is the potential of being able to fold up these corrugated steel boxes. Korean researchers announced earlier this year that they had successfully created a shipping container that collapses into a fourth of its size. Korea Railroad Research Institute said it has patented the box, and that its goal is to launch commercial production in 2021.

With the introduction of these new boxes, the railroad institute believes global shipping costs will drop drastically because empty containers can be transported much more efficiently.

Global trader Samsung C&T Trading & Investment Group’s corporate logistics planner Angelo Park says that given the fact that roughly 20 percent of containers at sea and 40 percent of those transported by road are empty, folding boxes would be transformative. “Using foldable containers would be a groundbreaking solution, because not only would you be able to reduce costs to a fourth, you could minimize damage to equipment as well,” he adds.

Park expects one of the biggest challenges in deploying these containers globally will be finding the most efficient way to install heavy equipment to fold the containers and dispatch workers who will oversee that process.

While companies look for added efficiency, shipping containers will continue to inch their way into other parts of our daily life. They’ve become popular options for temporary offices and homes and are even transformed into cafes and restaurants.

For now, the evolution of the shipping container looks likely to continue. Major shippers are already adding smart technology to certain boxes like refrigerated containers, also known as reefers. This allows companies to monitor the exact location and operational conditions of each box at any given time. Some boxes are even being outfitted specifically for the transport of hard-to-ship products like solar panels. With these kind of increased capabilities, containers are expected to further enhance global trade and integrate markets in our already tightly connected world. 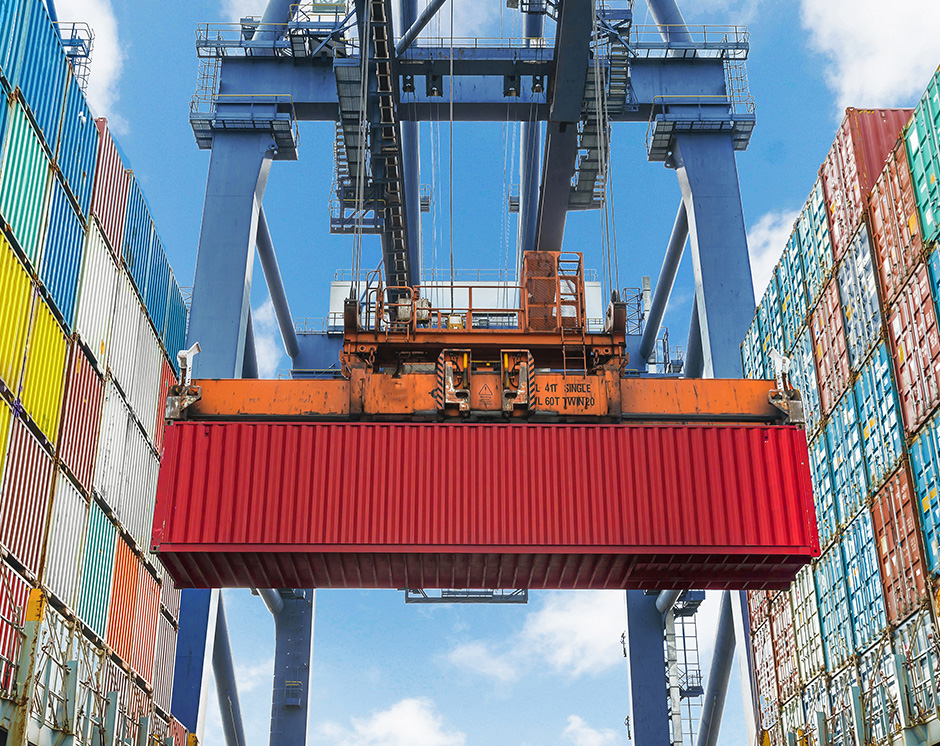 Traverse the Impassible with These Impressive Tunnels

Bridges Across the Mersey: The Past, Present, and Future