Part 3 : How Steel Propels the World

Note: This is the latest in a series of articles on the Samsung C&T Newsroom that examines several key materials, looking at how they are being used by a variety of industries, including trading, technology and construction. Previously in the series, Samsung C&T Newsroom has looked at why copper is such a big deal to everyone from traders to technicians, and discovered more about the past, present and future of cement.

Without metal, there would be no society today as we know it. And although our desire for materials like gold and silver is well-documented, our (albeit relatively recent) love affair with steel has unmistakably shaped the modern world.

The metal, an alloy of iron, is integral to world history and almost every industry under the sun. It now forms a key pillar of world trade, even though it has taken millennia to develop into its current and most valuable forms.

Equipped with steel, we can conduct precision surgery, build gigantic skyscrapers, fly to the moon – and even beyond.

Steel retrieved from meteorites was valued higher than gold in the ancient world – archeologists have recently discovered that a dagger found buried with the Pharaoh Tutankhamun was made from this rare substance.

However, iron alloys first really came to the fore with the subsequent collapse of the Bronze Age societies. Metalworkers and engineers spent much of the ancient era working on methods to develop an iron alloy that would not corrode. Beginning with the Hittites in 13th Century BC, smelting technology progressed worldwide into what became the Iron Age.

Isla 303 by Jonas de Carvalho is licensed under CC BY 2.0

Despite these advances, however, up until the Late Modern Era, steel production remained relatively crude.

The machine age and steam power called for sturdy engines and parts that were stronger than ever, and more resistant to corrosion. Manufacturers in the British city of Sheffield, still world-famous for its steel works, devised an answer in 1740, with a technique to make crucible steel using coke-fired furnaces.

Stainless steel was first developed in the early 1900s, providing yet more impetus for what was already a thriving global trade.

Stainless steel is an alloy with a minimum 10.5 percent chromium content, making it pretty much impervious to corrosion or staining, more so than its predecessors. The new alloy was an instant hit, finding scores of uses across all sorts of industries. In the 21st Century, everyone from leading chefs to astronautical engineers make use of stainless steel.

In addition to improved durability and aesthetic qualities, it is also 100 percent recyclable, a key property in a time when sustainability is such a sought-after property. 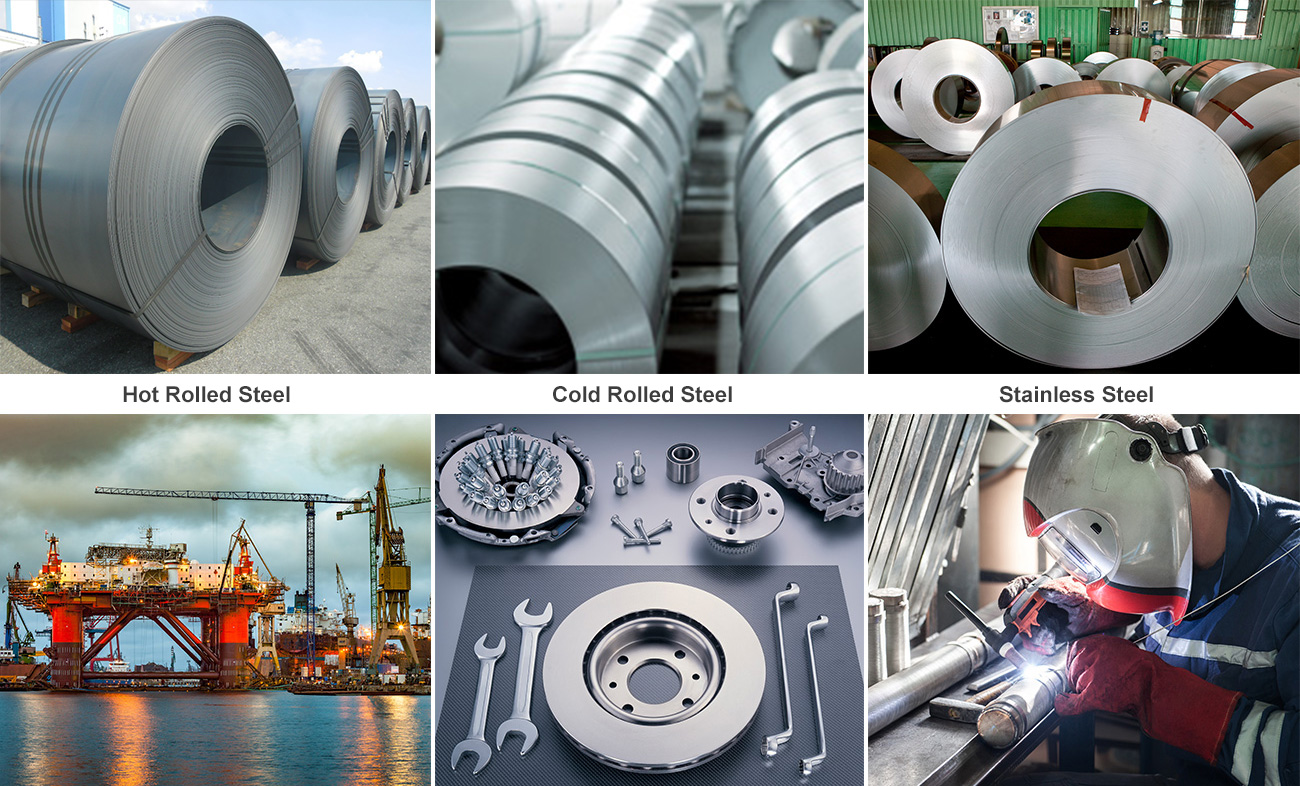 In the modern era, steel plays a key role in global trade. It is one of Samsung C&T’s major trading commodities, and the company has over three decades of experience in trading the product. In fact, Samsung C&T engages in a range of global steel trading operations – with 46 offices in 38 countries.

The company trades in a host of products, including automotive steel, silicon steel, plate steel and hot- and cold-rolled variations of the material, welded and seamless pipes, metal rebar (used in the construction industry), pre-painted varieties and many more.

Samsung C&T operates coil centers in Europe, Asia and Central America. The company runs stainless steel plants in Japan and China, as well as the Otelinox plant in Romania, which was acquired in 1997 as a means to boost its product line with value-added materials. 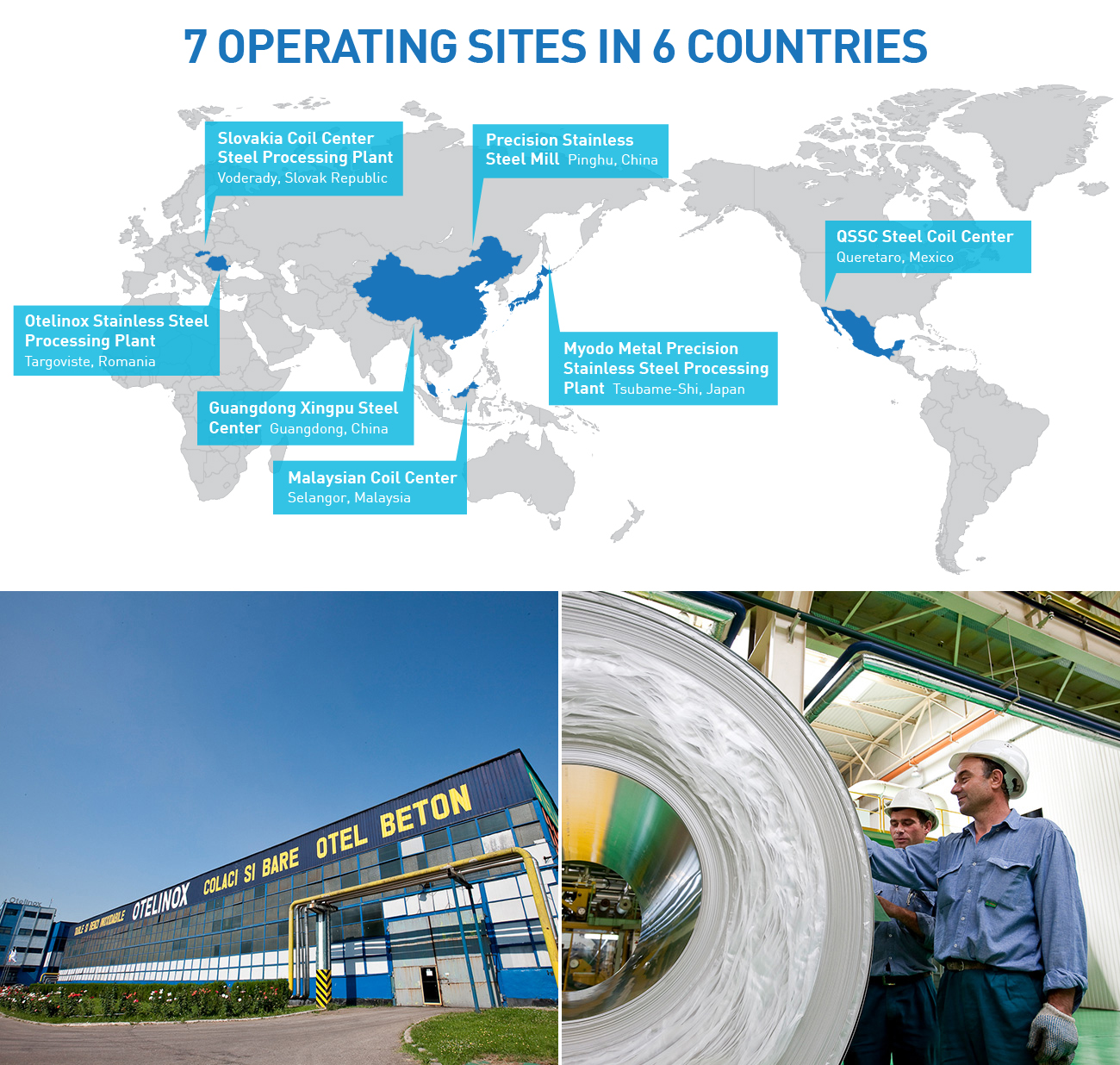 For economists and politicians alike, steel is headline news. Iron ore prices have risen rapidly in 2016, and steel prices continue to grow as more industries look to make use of the material. Analysts are saying that the steel market is currently in a state of “momentum,” and there is presently an abundance in production.

“The steel industry is very cyclical and goes through this every five or 10 years,” explains Ahmad Ijaz, an economist at the Center for Business and Economic Research at the University of Alabama. “There was an overcapacity of steel in the 1990s and it worked itself out. It depends a lot on construction, automobile production and other factors.”

China makes up half of the world’s steel production, and often dictates market movement. Samsung C&T operates high-quality stainless steel plants in China, as well as Romania and Japan. The company is also expanding its sales market to match the current increase in demands for the product.

Steel production is vital for industrial growth, and as China continues to stabilize, banks have scaled back expectations of potential weaknesses in the market. The daily rate of steel output and exports in China recently hit a record-high, positively affecting the global economic outlook.

As steel is so tightly linked with just about every major industry, its prices are easily influenced by a whole range of market forces. A recent spike in housing investments, for example, has led to a rise in both prices and worldwide production.

Steel prices go up and down, but this fluctuation is an indication of how closely linked the metal is to the state of the world economy – and to global business as a whole. Although a relative newcomer to the industrial scene when compared to other metals, steel has quickly made itself an absolutely indispensable modern commodity.