How Rebar Builds a Stronger World

Note: This is the latest in a series of articles on the Samsung C&T Newsroom that examines several key materials, looking at how they are being used by a variety of industries, including trading, technology and construction. Previously in the series, Samsung C&T Newsroom has looked at the importance of copper in our lives, the future of cement, steel’s versatility in building innovations and the role of fertilizer in growing the world’s food.

We’ve already looked at the importance of concrete and steel in building our modern world. Both materials have histories that go back to ancient times, but only in the modern era did advances in technology allow them to become the world-changing materials that we now rely on.

Each material is tough and essential for our world. But together – with steel rebar reinforcing the concrete – they are even better, gaining the strength needed for bigger, safer and better construction.

Concrete is very strong against compression (or pushing forces), but it is less effective when faced with tension (or pulling forces). Steel, on the other hand, is equally strong with compression and tension.

By combining steel and concrete, engineers are able to create a building material that is far stronger and more flexible than either would be alone. And the most common way these are combined is through the use of rebar – steel rods embedded in the concrete.

Another reason that steel is so useful for strengthening concrete is that both substances have nearly the same thermal expansion coefficient – in other words, as a structure grows warmer or cooler, both concrete and steel expand and contract at nearly the same rate. That’s very important for structural integrity. Otherwise, if the two substances expanded at different rates, they would crack and create stresses against each other, weakening the structure.

The idea of reinforcing concrete with metal has been around for centuries. One of the oldest known examples is the Chateau de Vincennes in France, which used 2,500 meters of iron bars in its 52-meter-high keep. 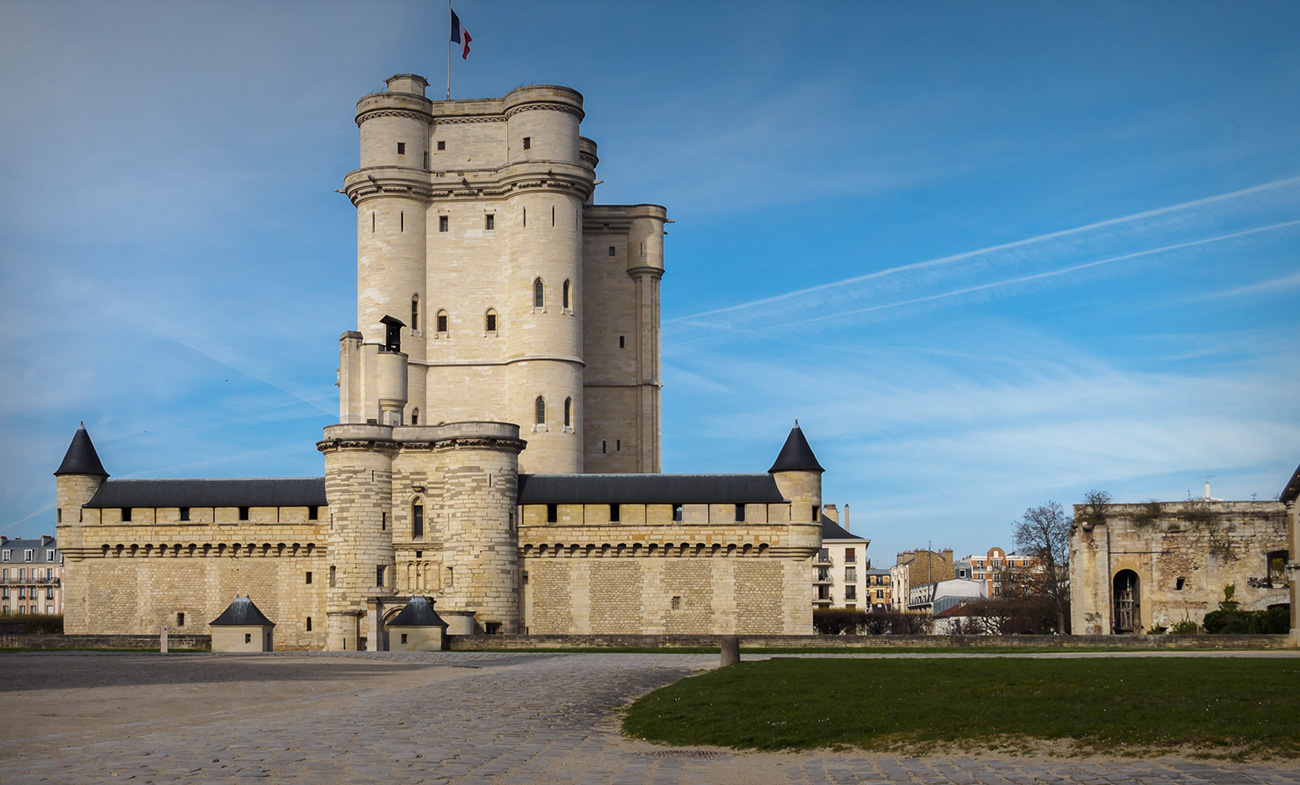 Château de Vincennes by Christophe PINARD is licensed under CC BY 2.0

But rebar grew much more common and important in the last 200 years or so. Today, steel reinforced concrete is common in bridges, buildings, foundations, homes, skyscrapers and warehouses. In fact, today rebar represents 44% of all the steel used in buildings, and 60% of the steel used in large infrastructure projects.

Rebar comes in a wide range of sizes, most commonly from 6mm up to nearly 60mm.  The thicker types are for heavier loads and stresses, such as the anchor rods for large structures. Different grades of steel can also be used, depending on building requirements.

One famous example of the use of rebar would be the Hoover Dam, which contains 22,000 tons of reinforcing steel, plus other structural steel to strengthen the massive concrete barrier. 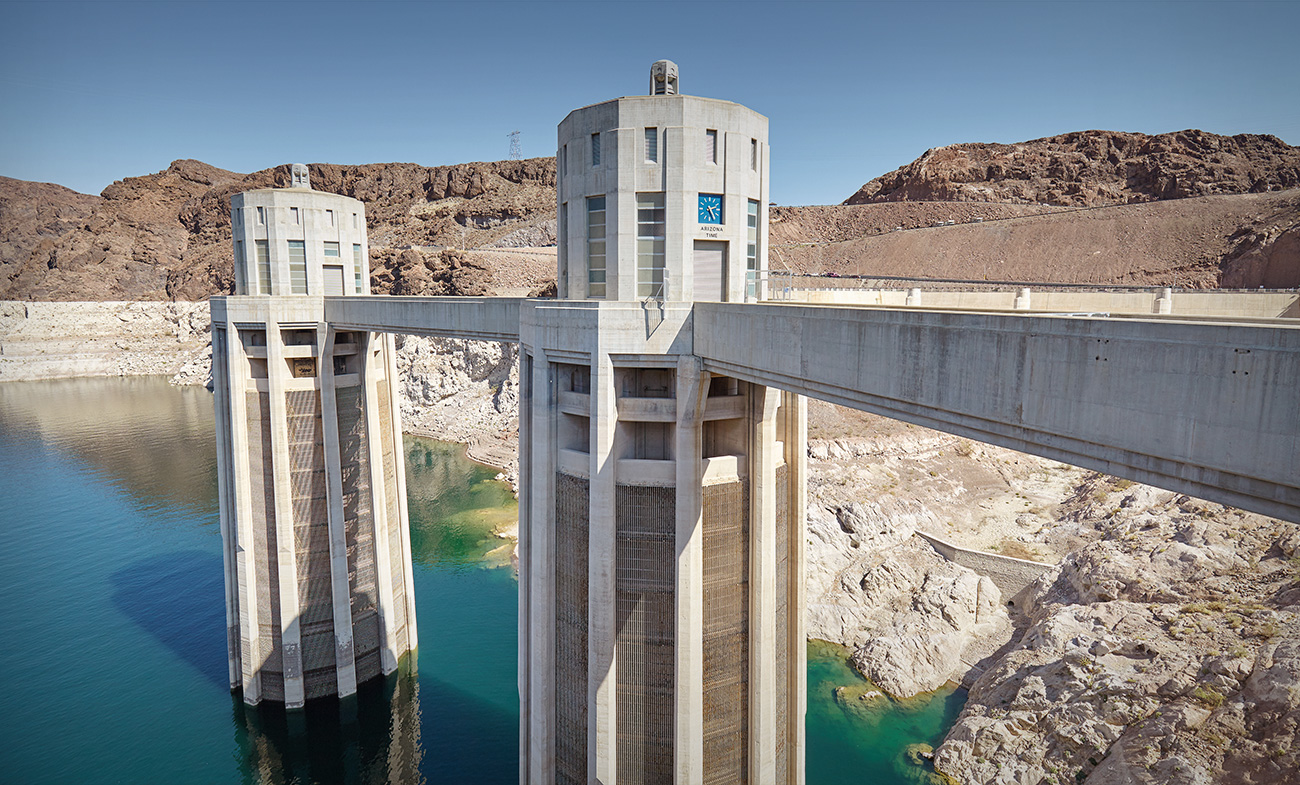 Samsung C&T also heavily uses rebar in many of its major projects. The Burj Khalifa project in Dubai reinforced its 360,000 cubic meters of concrete with 31,400 tons of steel rebar – enough to stretch 25,000 kilometers. 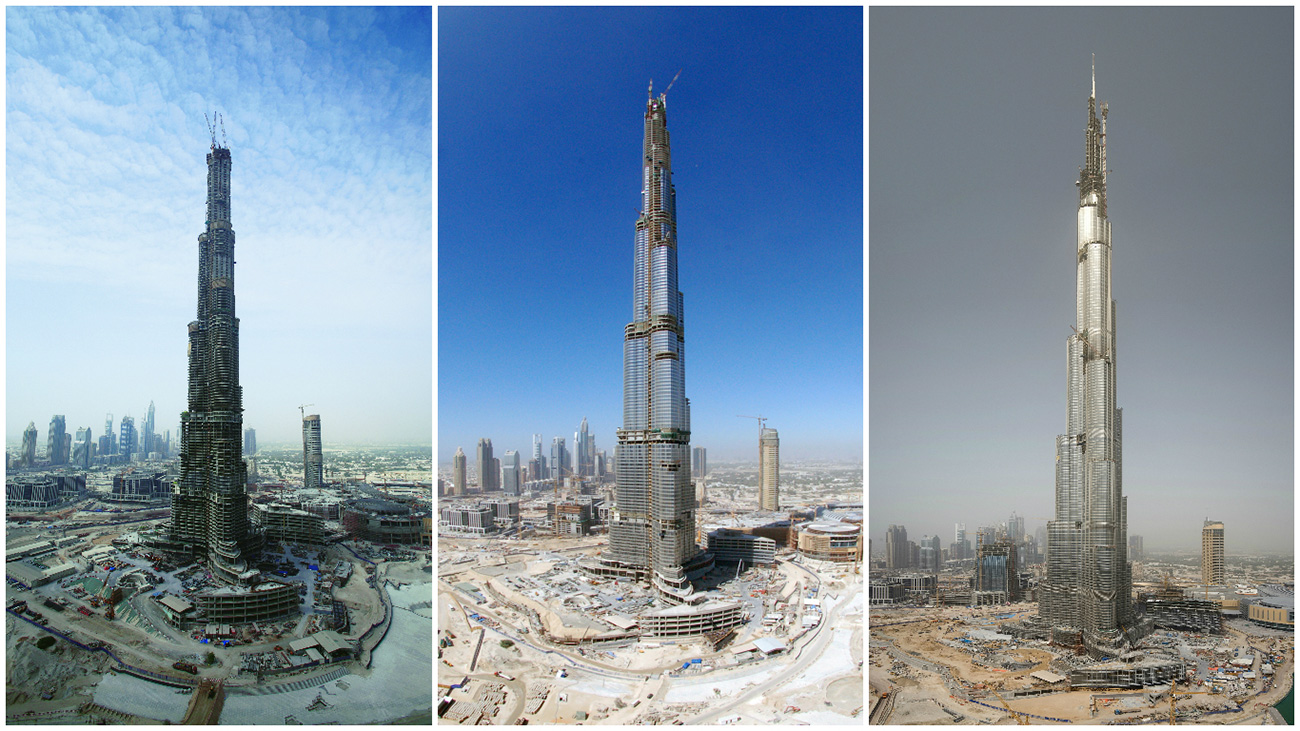 And the Lusail road project in Qatar – which includes 11 kilometers of road and 176 kilometers of underground utilities and mechanical works – is using a rebar cage roll-up jig technique to speed construction and boost productivity. “One hundred percent of Samsung C&T projects require rebar,” said Jo. 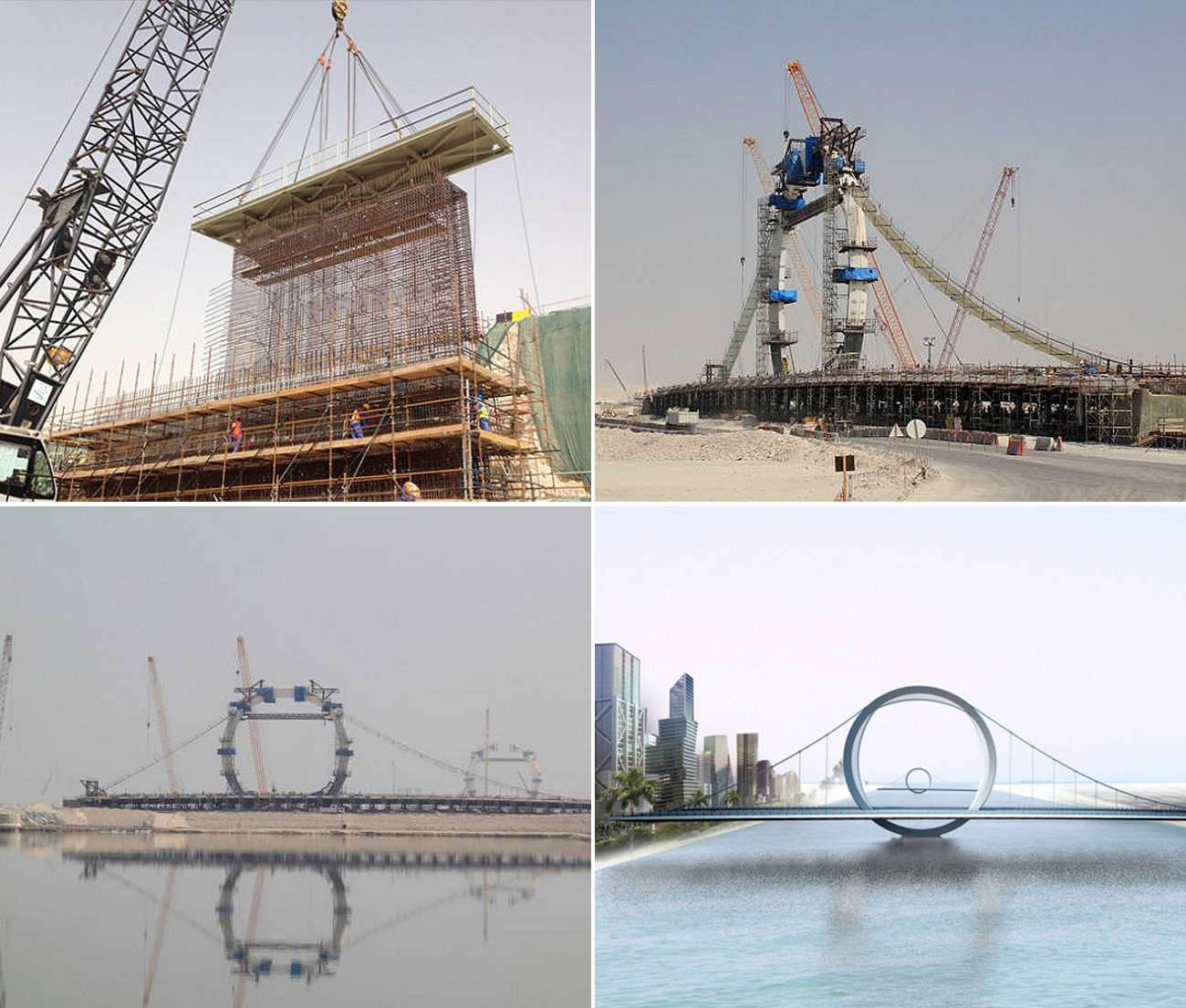 A Market Linked to the World

Rebar’s ubiquitous usage in the world of construction means that it is also a valuable commodity for trading. As it is a type of steel, the price of rebar typically rises and falls in sync with the world steel markets. What that means today, however, is somewhat unclear, and some economic indicators show signs of growth, while others see continued weak demand.

From 2005 to 2013, the worldwide production of concrete reinforcing bars more than doubled, from 131.6 million metric tonnes to 281.3 million metric tonnes, then declining slightly in 2014 to 280.6 million. “Since the global construction market has been shrinking, so too has the price of rebar,” noted Jo. 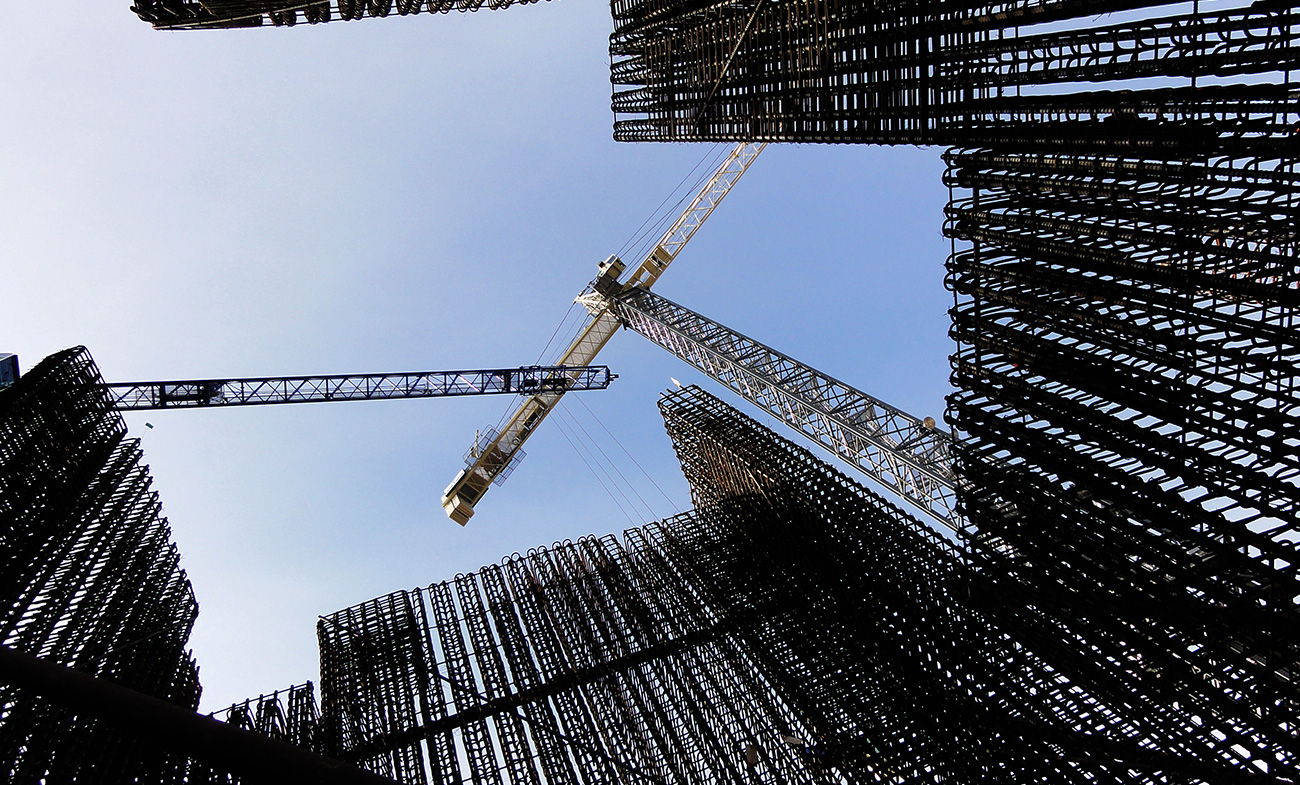 What’s next for the future of rebar? With advances in technology, it is possible that an alternative reinforcement material might come along to replace rebar. While substitute substances are on the rise, experts don’t see any widespread replacements happening any time soon.

“At least in the next decade, there’s not going to be any substitute,” said Jo.

Why Water Management Is Becoming a Multi-Purpose Endeavor