Whether you’re turning on a light, cooking dinner, or cranking up the heat on a cold winter night, chances are liquefied natural gas (LNG) is helping you get the job done. As global markets pivot away from coal to cleaner energy solutions, LNG is playing an increasingly larger role in the energy mix.

With no need for environmentally damaging pipelines, and its lightweight making it easy to transport from remote locations to large global markets, it has become an attractive source of energy. Coupled with the fact that it is the cleanest fossil fuel, it represents an excellent alternative to reduce greenhouse gas emissions and fine dust particles caused by coal and diesel fuel that many countries are aiming to reduce. As the world searches for alternative energy solutions, LNG could play an integral role in the future of green energy. 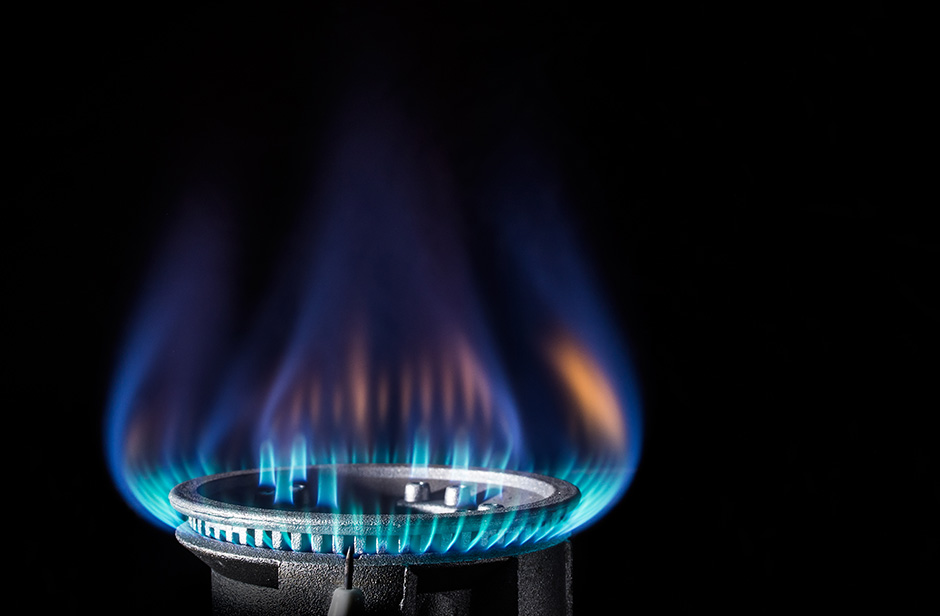 The Coolest of All Energies

So, what, exactly, is this fuel that is changing the energy landscape and how is it made? Think of breathing on a window on a cold winter day. When your breath hits the window, it cools instantly and forms condensation. The same principal is behind the process of creating LNG, which is created by cooling purified natural gas, consisting of methane, ethane, propane, and butane, to -162ºC, shrinking the volume of the gas 600 times. Once cooled, the result is a clear, colorless, non-toxic liquid.

Once it reaches its destination, it is turned back into gas at regasification plants. The process is similar to collecting the steam rising from boiling water. The liquid is heated, and the gas is then piped to homes, business, and industries where it is burnt for heat or to generate electricity. But why bother with turning it into liquid in first place?

Since the gas is condensed in the cooling process, it occupies only a fraction of the volume of natural gas making it far more economical to transport across large distances and can be stored in larger quantities. In its liquid form, LNG will not ignite, meaning it is also safer to store and ship.

When it hits the consumer market, LNG is used for a wide variety of purposes like heat and power generation. In the United States, for example, LNG supplies 76% of the residential and commercial sectors’ needs. This include applications for heating, but also to fuel stoves, water heaters, clothes dryers, and other house hold appliances. Hospitals, schools, and office buildings rely on it for space-heating, water-heating, cooking, air conditioning, dehumidification, and on-site power generation.

LNG also supplies the industrial sector in the United States with 40% of its energy needs. Natural gas is the dominant fuel in the production of paper, metal, chemicals, petroleum, stone, clay, glass, clothing, and food processing. It is also an essential raw material for many common products such as paint, fertilizer, plastics, and antifreeze. Often converted into compressed natural gas, LNG is also used to power vehicles, and is far cheaper than gasoline. 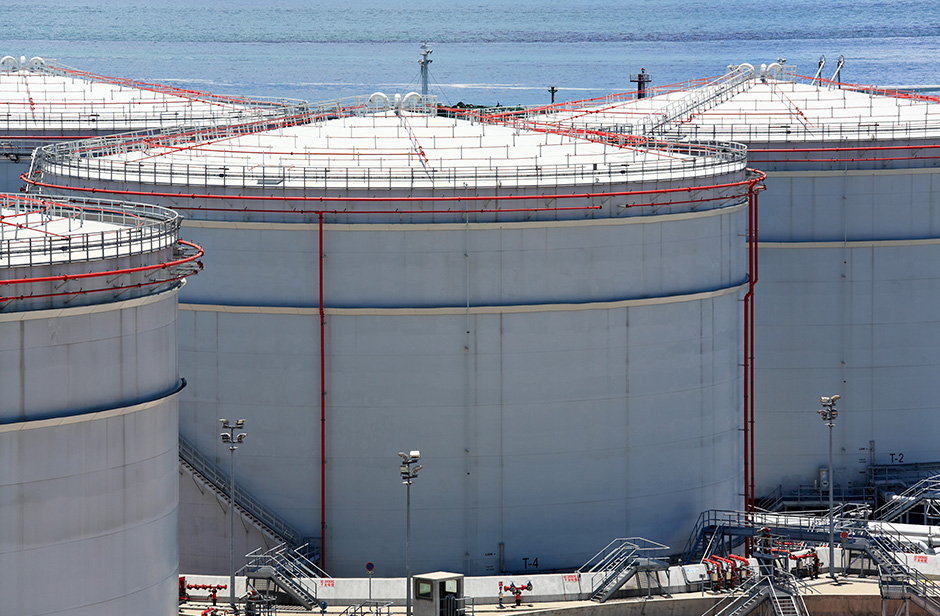 A New Player in the Power Mix

LNG is rapidly playing a bigger role in the energy mix, with market growth predicted at 5% annually. Global demand could rise from 240 million tons per year to 430 million tons by 2025. Qatar continues to be the world’s largest LNG exporting country, accounting for 30% of global trade. Other major exporters include Australia, Malaysia, Nigeria, Indonesia, and Russia. 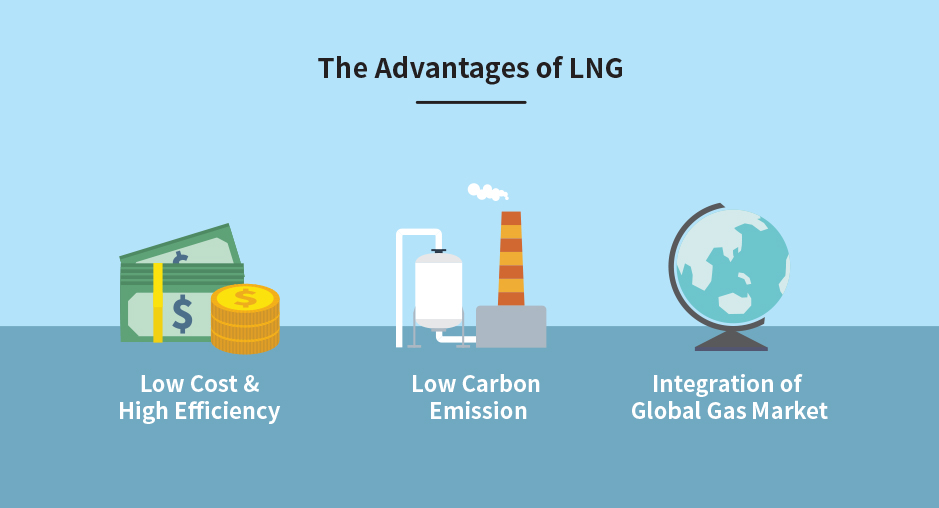 Much of the growth is largely due to a move away from oil and coal as climate change, fuel cost, and fuel efficiency become increasingly important issues to both established and developing nations in Asia.

LNG is by far the most sustainable of fossil fuels, producing 25% less carbon when used in the power sector compared with fuel oil, and 50% less carbon compared with coal. LNG is also considerably cheaper than other fossil fuels. In 2016, gas used in utility plants cost just $16 per megawatt hour vs $22 for coal. Mining and shipping coal is also more expensive. Fuel efficiency, particularly in the shipping industries with larger vehicles, is another reason LNG has become more popular. Since it is in liquid form, more energy can be stored by volume in larger vehicle tanks. The increased demand has resulted in a number of new LNG terminals and regasification plants popping up worldwide. 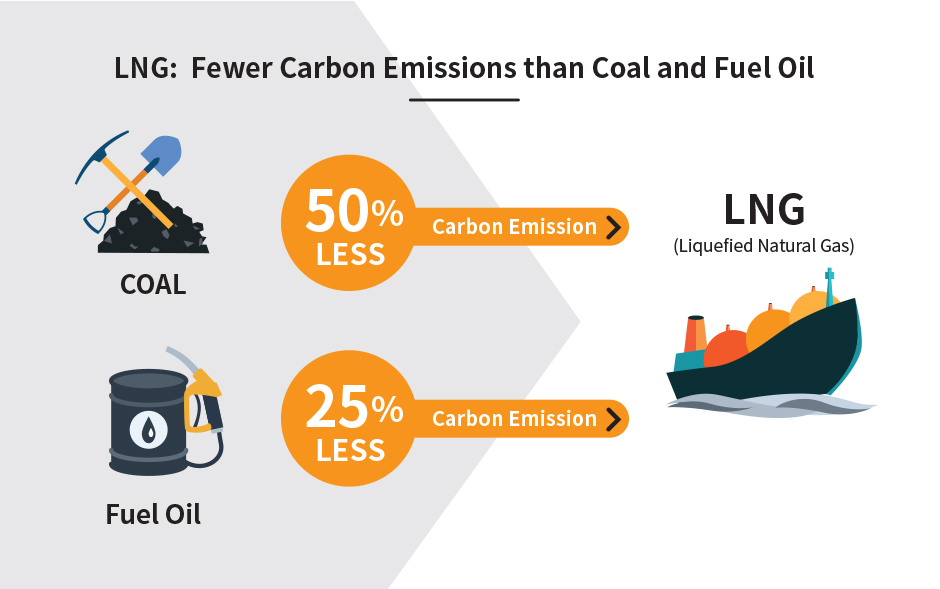 Samsung C&T’s business has expanded along with this growth. The company entered the LNG trade 30 years ago, in the mid-90s, through its oil and gas team. Since then, Samsung C&T has been actively involved in LNG trading, supplying to major customers such as power plants.

The Future of LNG

One of the major advantages of LNG is that, unlike pipeline gas, LNG cargos can be redirected to different parts of the world in response to regional flections in supply and demand. As a result, gas markets are likely to become more integrated across the world. Coupled with a projected growth of 4% – 6% per year, it is expected that LNG will account for around half of all globally traded gas by 2035, up from 32% now. As trends toward clean energy continue, it is also likely that LNG will see applications beyond heating and energy.

LNG fueled cruise ships are already being constructed, marking the first significant development in ship power in nearly a century. Motivated by cost savings and the ability to meet new air quality regulations, maritime industry experts predict that the number of LNG-powered ships will more than double by 2020. The same is expected of the truck and transport industry, where natural gas-powered trucks will emit 15% less carbon dioxide than the current diesel standard, and will be up to 40% cheaper. 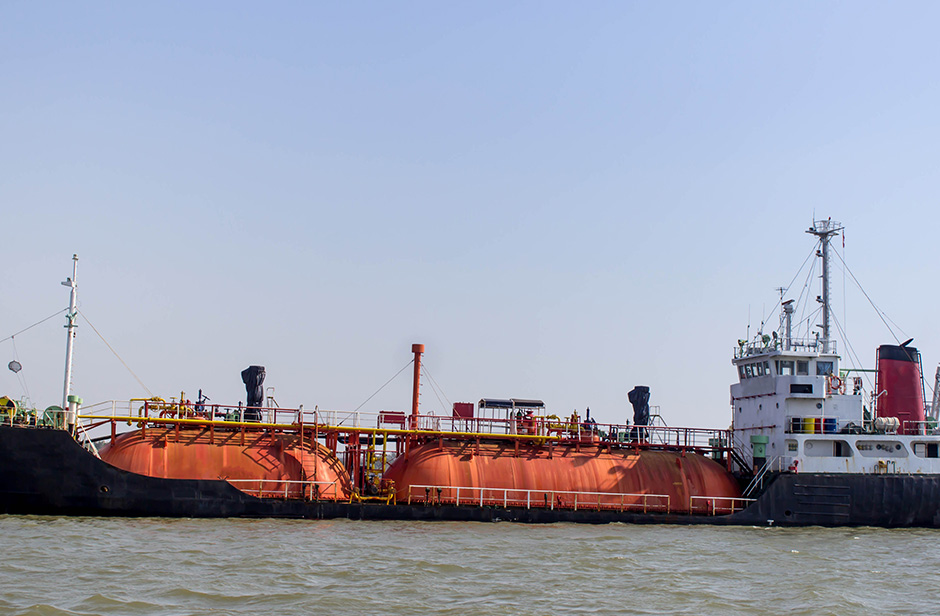 All statistics listed in this article can be found at:

LNG And Its Many Uses, Center for Liquefied Natural Gas