His rise to the pinnacle of global fashion has been nothing if not meteoric. From Juun.J’s low-key launch of the Lone Costume brand back in 1999 to illuminating Paris Men’s Fashion Week in 2007 to the launch of his eponymous range of global menswear, Juun.J has taken a concept he calls “street tailoring” from relative obscurity to the world fashion mainstream. 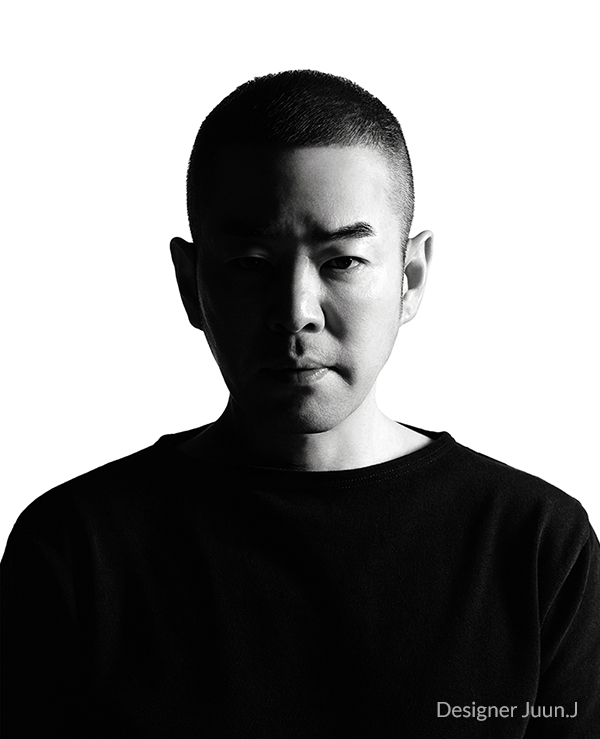 Juun.J (real name Jung Wook Jun) began his fashion journey at a very early age. His parents worked as children’s wear and accessories distributors, so as a boy he was perpetually surrounded by fabric, leather and sewing machines. It was an ideal environment for a child with a budding interest in tailoring.

He went onto study at the Seoul branch of fashion school ESMOD, and Juun.J’s Lone Costume range debuted just before the dawn of the millennium. After a successful exhibition at Seoul Fashion Week, Juun.J’s work began catching the attention of Korea’s fashion elite.

Within years, his style ethos had caught on across the continent – and media outlet Asia Times selected him as one of its four “designers to watch.”

Asia-wide success, however, was merely a beginning for Juun.J. By 2007, the Korean designer’s name was on everyone in European fashion’s lips after a successful turnout at Paris Men’s Fashion Week.

The world of fashion was starting to sit up and pay attention, and his reinvention of the trench coat – a timeless menswear item – was particularly eye-catching.

Juun.J explains the international appeal of his fashion ethos, “Koreans think my designs are European-looking. However, Parisians identify elements of oriental design in what I make and say they like the ‘Korean-ness’ of it. My experiences in Korea and Europe create a unique mixture of Eastern and Western beauty.”

The triumph at Paris Men’s Fashion Week was quite an achievement for what Juun.J admits was at the time a very threadbare operation. “Back then, it was just me, three designers and a merchandiser,” he recalls with a smile.

In 2012, Juun.J joined the fashion group with a view to sharing his unique blend of classical tailoring and youthful street fashion with the whole world.

The partnership, now four years strong, has allowed Juun.J to truly branch out. “Samsung C&T has helped us make progress that might have been otherwise impossible,” says the designer.

Juun.J explains that working with Samsung C&T has helped him channel his energies. “The advantages of our partnership is the people,” he told media outlet Joongang. “Experts in materials, marketing and products provide support, which enables me to focus entirely on my design work.”

And with the company’s resources at his fingertips, the designer has broken new ground in the world of fashion. Earlier this year, Juun.J was selected as a guest designer and invited to exhibit a selection of clothing for Pitti Uomo, a bi-annual Italian platform many fashion professionals consider to be the most important in global menswear.

Indeed, previous guest designers at Pitti Uomo have included the likes of Thom Browne, Valentino, Kenzo, Diesel and Zegna. With this momentous event, Juun.J has become the first (and so far only) Korean ever to be featured at Pitti Uomo.

“Juun.J’s collections over the past four years have proven creativity and uniqueness,” said a Pitti Uomo spokesperson.

For the Pitti Uomo showcase range, Juun.J pulled out all the stops, working on a unique selection of shearling aviator jackets with his boyhood idol, cult Japanese graphic artist Hajime Sorayama.

In a Dazed Digital article from earlier this year, Juun.J was quoted as saying of Sorayama, “Back in the eighties while I was studying, he was my hero. I respect him so much. It’s just a dream come true to work with him now. He was and still is my hero.”

Samsung C&T has global ambitions for the Juun J. brand, which is currently available in the United States through retailers such as Dover Street and Neiman Marcus. The company says it is this year planning to use its trading group’s North American business network with a view to diversifying and expanding distribution channels.

As Juun.J explained to Maeil Business Newspaper in 2015, he is aiming to for even higher targets in the world of fashion.

He said, “My long term plan is to expand. I’d like to introduce a line of women’s clothing, a lifestyle brand and more. I’d like to create a JUNN.J ‘house’ – a line that, like some of Italy and France’s most renowned labels, will last for hundreds of years.”