of a career in textiles

If any industry proves the need for a trading company to be flexible and adaptable it is the textile business.

As clothing is one of life’s basic necessities, there will always be demand for textiles, but the industry is constantly evolving as supply locations shift and consumption extends from practical needs to the very heights of fashion. 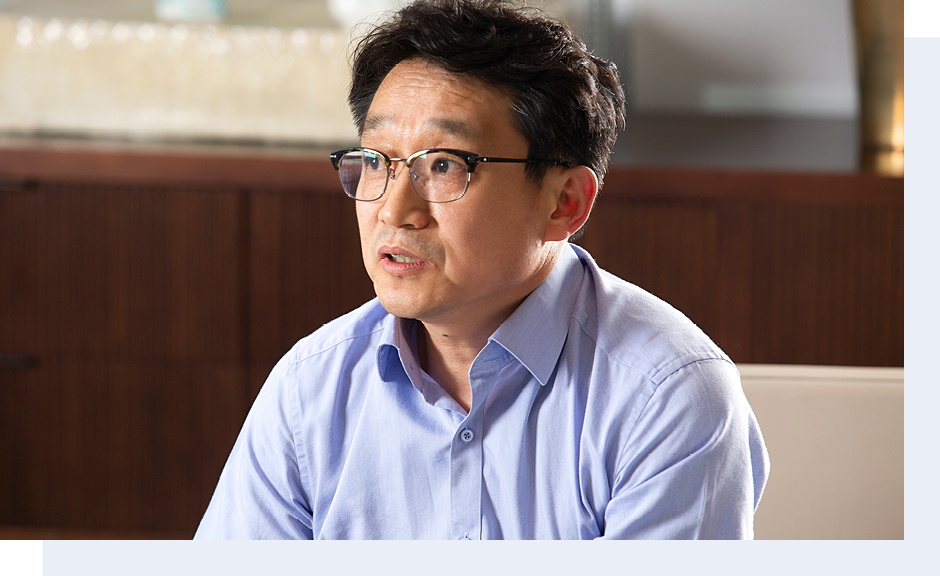 Every yarn has a beginning

Jung’s first mission was to get a handle on this changing industry. Textile production includes three general steps: the yarn stage, or making thread; the weaving stage, or turning thread into fabric; and the printing stage. Samsung C&T is involved in the overall process, focusing on synthetic textiles such as polyester and acrylic.

As parts of this production process were shifting abroad, Jung saw a clear direction that he wanted to pursue. “I pledged to experience international trade before it was too late,” Jung explains. “I was lucky enough to enter the newly created raw materials department within the company’s Textile Division, which allowed me to start my first sales activity abroad. At that time, working on overseas sales at Samsung C&T Trading & Investment Group was everyone’s dream, so I was proud to be able to realize it.”

Jung admits he then fell in love with textiles after getting to witness sales firsthand and in earnest. He particularly “found it valuable to work on one of the indispensable necessities of human life.”

Weaving a success story in Vietnam

By 2010, Samsung C&T was very much focused on expanding overseas textile markets. In the end, Vietnam was considered to have the highest growth potential, and Jung and his colleagues were able to gain an advantage by entering the market early – later describing Vietnam as “a country of hope.”

In fact, Vietnam’s textile market has rapidly increased for the last two decades. According to the World Trade Organization, it accounted for only 0.2 percent of world exports in 2000, but that portion grew to 1.2 percent in 2010 and reached 2.9 percent by 2019.

“Textiles still top Vietnam’s industries in terms of exports, employment rates, and so on,” Jung says. He worked at Samsung C&T’s Ho Chi Minh Office for about two years and was responsible for exporting yarn produced in Vietnam to Korea while then exporting Korean textile products back to Vietnam.

Naturally, there were challenges to overcome. “Since I had only worked on trading until then, I had to adapt to completely new experiences including production facility management and shareholder management. Every day was a new learning process, so there was a lot to improve. It was very difficult to take on two challenges – management stabilization and dealing with competitors – at the same time. However, I think I learned a lot from that experience.”

Printing a stamp on the future

The global textile fabrics market is expected to reach USD 398.81 billion by the end of 2025, driven by an expanding textile industry in the emerging economies of the Asia-Pacific region. Also, the importance of synthetic fibers is steadily growing as shown by the infographic below: 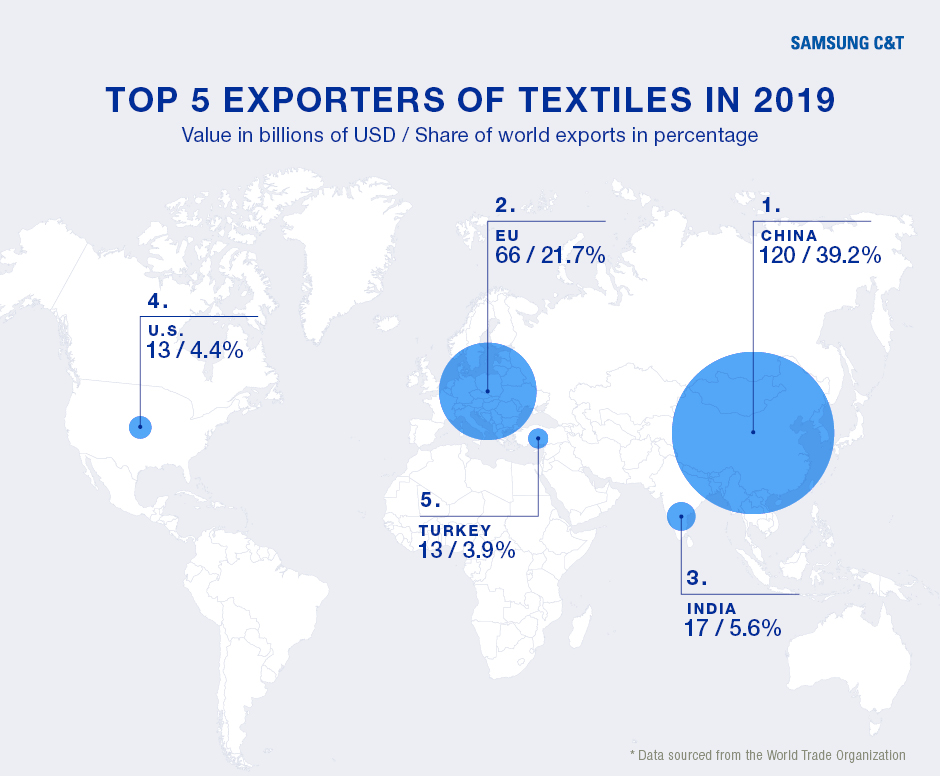 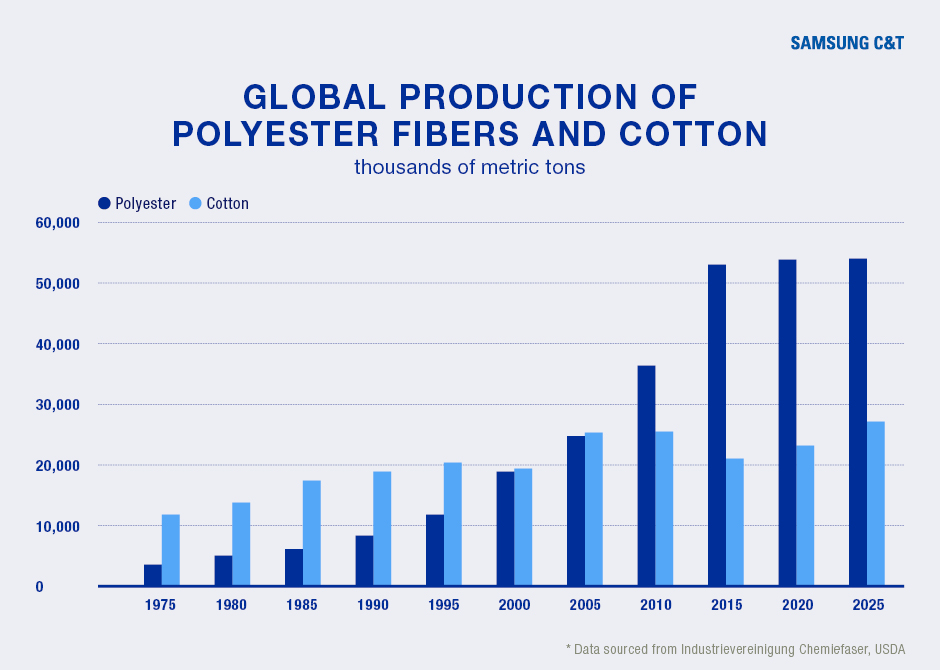 The textile industry continues to go through significant changes. This year, in particular, the gap has been growing between online and offline retailers, which has had a knock-on effect back to manufacturers and trading companies.

Jung believes it is possible to overcome these challenges by “focusing on improving processes and preparing future countermeasures.”

He is constantly working to breathe life into the business. “As the textile industry undergoes many streamlining processes, our team is rising again. I want to do my best to make my team grow stronger in the future.”