Samsung C&T’s Engineering & Construction group held its first photo contest for the year in March. The theme this year was “Your Footprints.” A total of 139 photographs were submitted and in each the history of Samsung C&T was revealed in precious moments and treasured memories.

These photos represent footprints on our workers’ personal journeys as members of the Samsung C&T family. The footprints that they leave behind form part of the story of Samsung C&T’s growth since its foundation 82 years ago.

We thank everyone who sent in a picture and appreciate their enthusiastic participation. Below we present the award-winning works and the stories behind them. 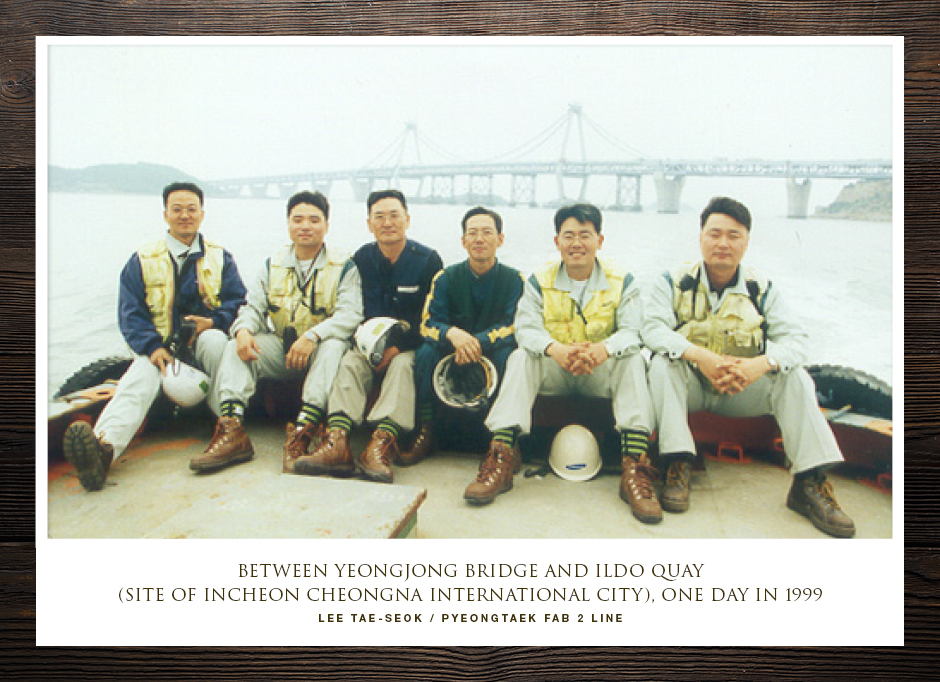 Yeongjong Bridge is a self-anchored suspension bridge connecting the Korean mainland to Yeongjong Island, home to Incheon International Airport. The process of connecting the main cables to the deck was not easy; this is the world’s first bridge to use three-dimensionally profiled suspension cables in its construction. The cable team were sweating and nervous when fixing the steel ropes, but now one can see relief on their faces.

“An toàn là trên hết,” or “Safety First” in Vietnamese, is a Vietnamese phrase that will be remembered by all the Koreans who worked at this construction site. At every morning assembly, every employee and technician, Korean and Vietnamese, shouted this phrase in unison. It may have been the driving force behind the safe completion of this project. 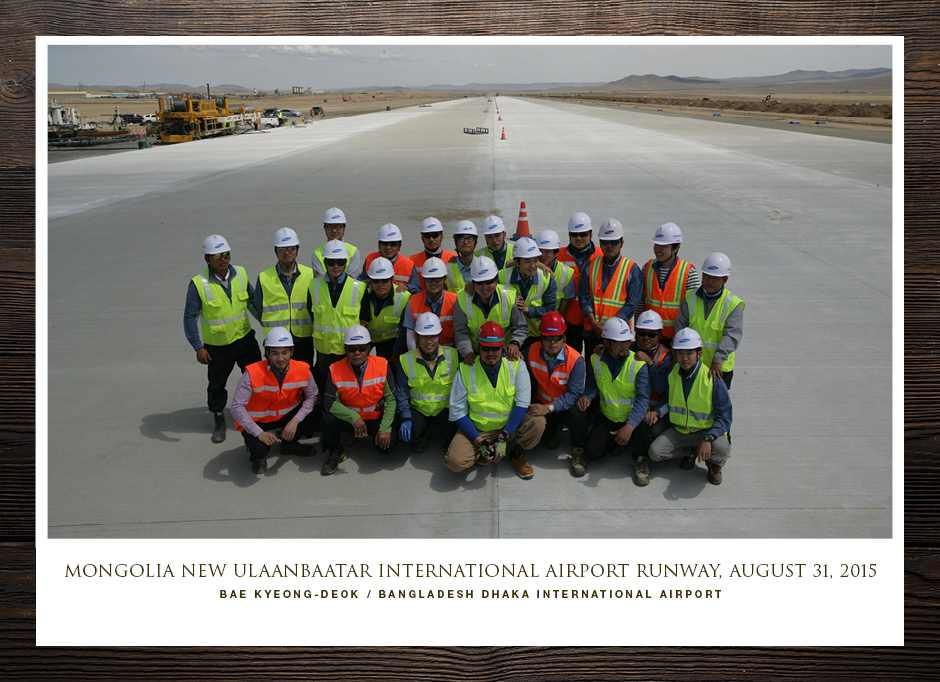 At 1,370m above sea level, laying a concrete pavement to form an airport runway was always a continuous desperate struggle due to the intense cold, dropping to minus 40°C in the winter. While difficult at the time, the teammates who strived together for 4 years until the project’s completion can look back on a meaningful period of bonding over hard work. 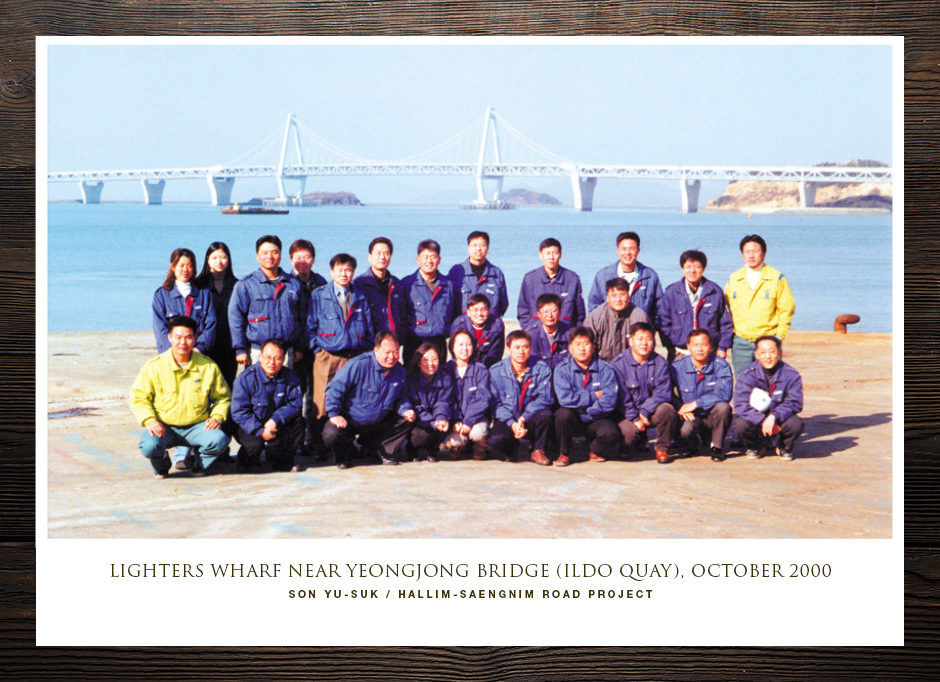 A commemorative photo of the site team ahead of the completion ceremony for Yeongjong Bridge. More colleagues were part of this team, but unfortunately not everyone could be present when the photo was taken. Nevertheless, Samsung C&T takes great pride in being able to work on the construction of not just one but both bridges linking Incheon International Airport to the mainland (Yeongjong Bridge and Incheon Bridge). 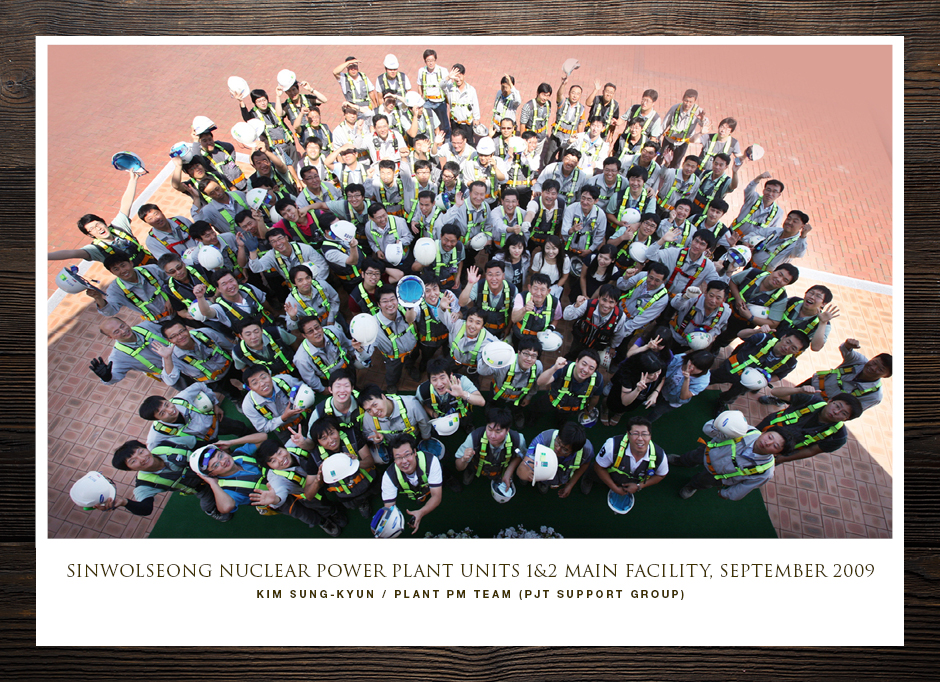 This is a group photo of colleagues and management at the Sinwolseong Nuclear Power Plant site. The happy faces of the hardworking team lifts one’s spirits. 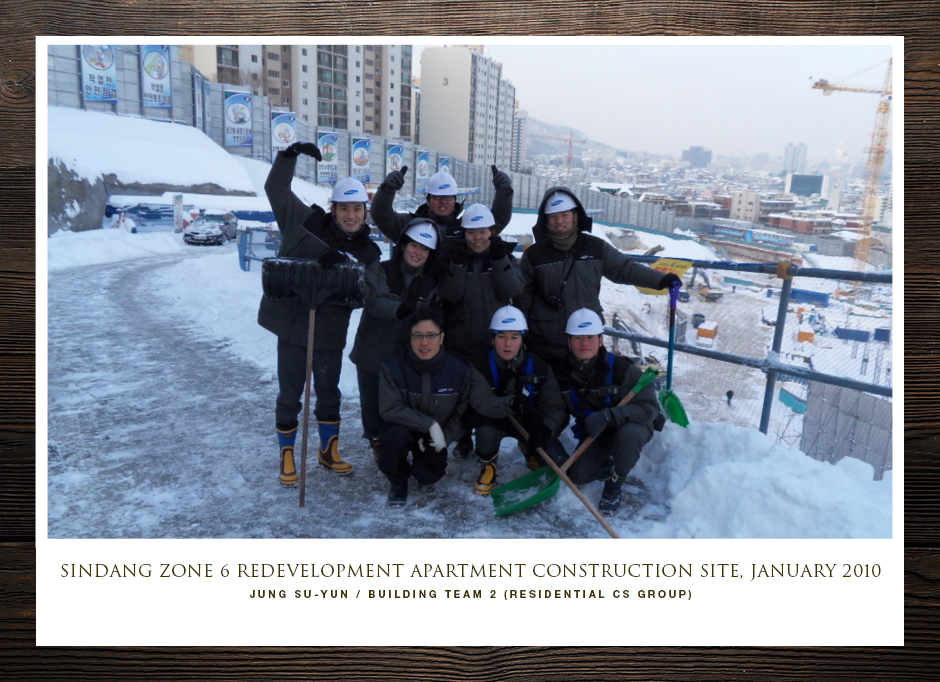 The Sindang Zone 6 redevelopment apartment construction site was not an typical site. With a 34-meter height differential it was a very difficult place to construct anything. In the winter of 2009-2010 it snowed a lot. One day dozens of bags of snow were swept up and removed all day long, but the next morning the site was snowed under again. The team bonded over hours of clearing snow.

Ms. Noh, who submitted this photo, writes, “A colleague told me that he is now the same age as his former manager and deputy manager at the time this photo was taken. Time does not stand still for any of us.” But it’s not just ageing: looking back at team photos from over a decade ago we can see how we have all progressed. 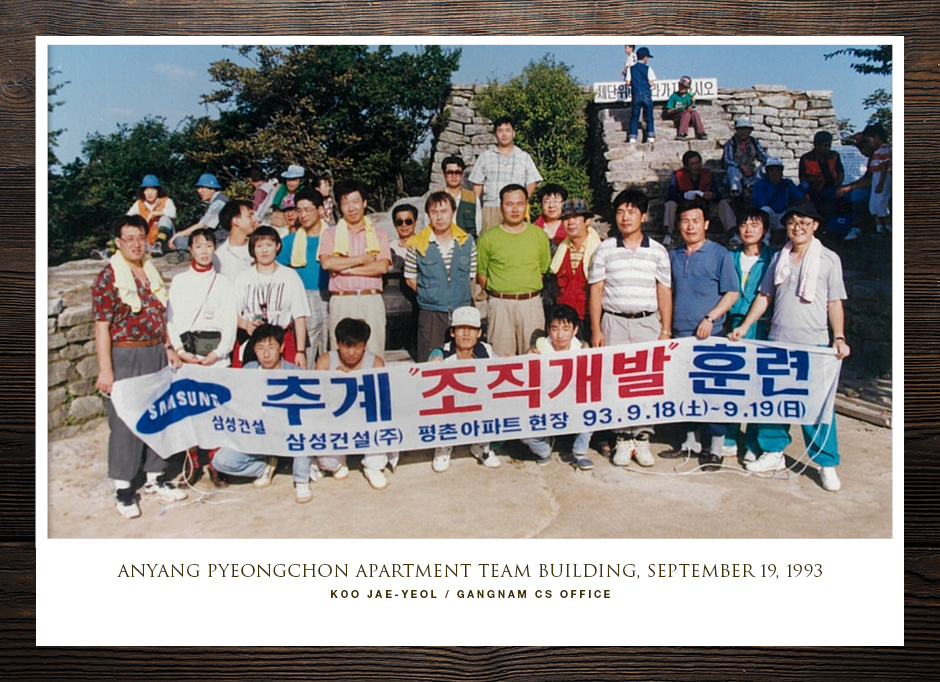 Mr. Koo writes: “My first work site was Pyeongchon Apartments in Anyang. Around every 3 years, on my days off, I visit the sites where I worked to stroll around and relive the memories of that time. This photo, taken in my first year as a new employee at Samsung Engineering & Construction, is the first team-building activity I took part in.” 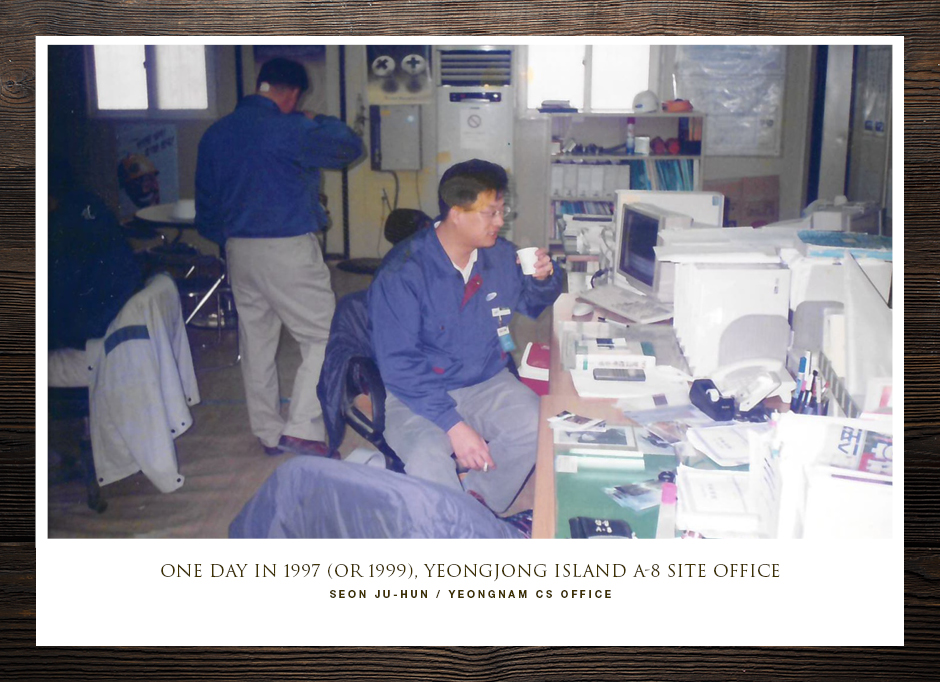 When Samsung C&T arrived on Yeongjong Island after land reclamation to construct the foundation for the airport’s support facilities, it was all sandy fields. This photo was taken when Mr. Seon visited the A-8 site office right next to the site where he was constructing the foundation. Baseball pitcher Park Chan-ho, named in the sports newspaper in the corner of the photo, inspired the whole nation with his performances on the diamond. 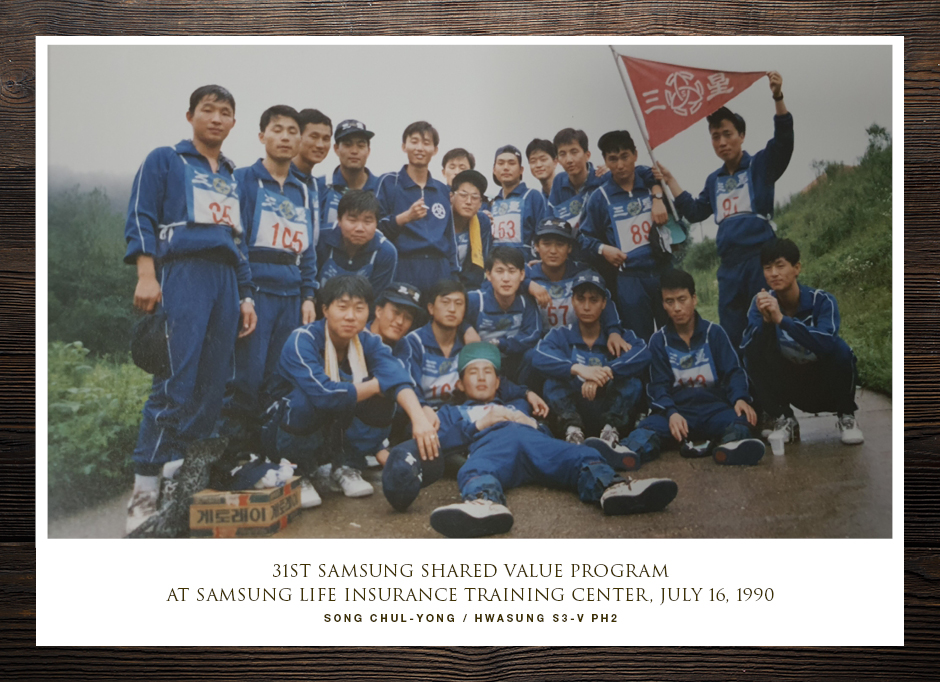 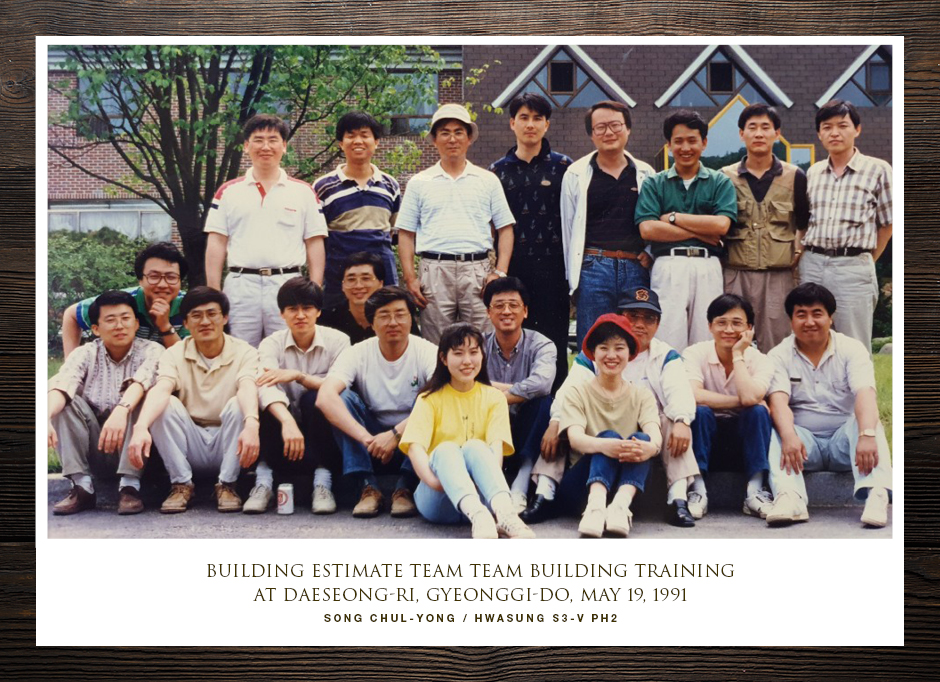 This is a commemorative photo of a team-building exercise for the Building Estimate team, the “gods of estimates,” who were in charge of quotations and executions in what was then Samsung Construction Corporation. Writes Song, only half-joking, “All of us in the photo were clearly trendsetting fashionistas of that time!”