From the Paris Climate Change Accord to this year’s World Economic Forum and G20 Summit, climate change has been consistently addressed as one of the most important agendas in global society.

To slow down global warming, most countries are trying to shift energy sources from fossil fuels to renewable energy, resulting in positive headlines about the latter amid the global gloom this year.

Dr. Fatih Birol, executive director of the International Energy Agency (IEA), has insisted that “governments have a once-in-a-lifetime opportunity to reboot their economies and bring a wave of new employment opportunities while accelerating the shift to a more resilient and cleaner energy future.” So, let’s take a closer look at the renewable energy market and Samsung C&T’s contribution.

The IEA’s “Renewables 2020” report published in November shows signs of recovery driven by renewable energy. According to the report, renewable capacity additions are on track for a record expansion of nearly 10% in 2021. From January to October of this year, auctioned renewable capacity was 15% higher than last year, also a new record.

Moreover, the shares of publicly listed renewable equipment manufacturers and project developers have been outperforming most major stock market indices and the overall energy sector. At the same time, governments have been making efforts to reboot their economies through renewables.

For instance, the British government has declared that a green industrial revolution is in sight. The country has been planning to create 250,000 new green jobs, tackle climate change, and build back greener post-COVID-19. In the case of South Korea, the government announced it will invest KRW 73.4 trillion in a “Green New Deal” aiming to achieve “carbon neutrality” by 2050.

The graph below addresses the most promising energy sources of the future. 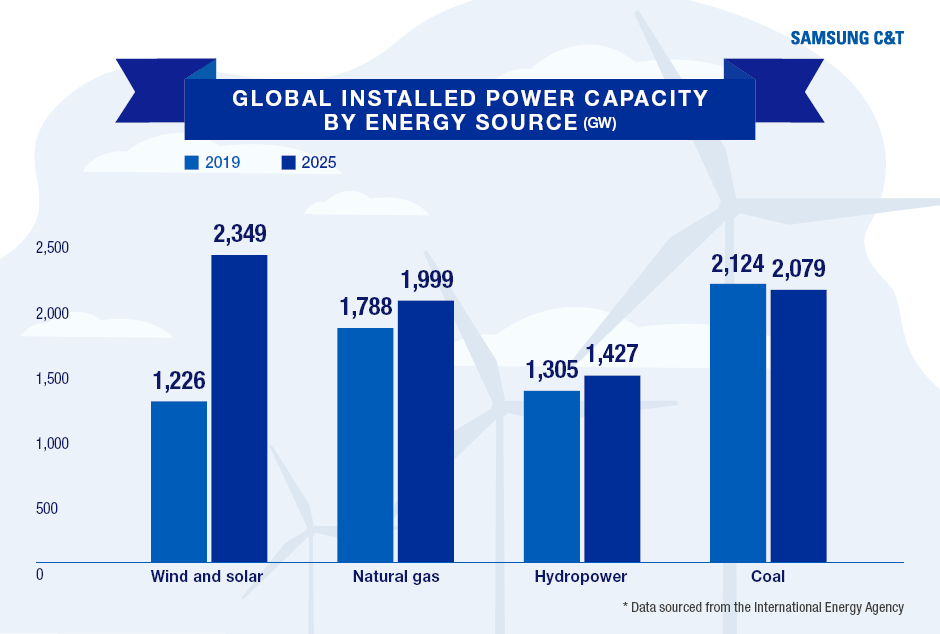 A market where sunlight shines and a breeze blows favorably

While there are various kinds of renewable energy, solar and wind power are leading the market as demonstrated by the graph above.

First, solar energy has shown more potential than ever this year. Indeed, Dr. Birol of the IEA believes it can become the new king of the world’s electricity markets. To a great extent, this is because solar energy has become the cheapest option in many nations.

China, Europe, India, and the United States have driven the rise of this clean source of power in recent years, but new solar projects are springing up fast around the world in places like Vietnam, the United Arab Emirates, Egypt, and Brazil. In fact, shares of solar companies worldwide more than doubled in value from last December to October 2020.

The wind energy indicators also continue to be very positive. According to the World Wind Energy Association, 2019 was the second-strongest wind year in terms of market size, with a growth rate of 10.1%. Offshore wind in particular has achieved game-changing technological leaps and cost declines that give it the potential to become a key source of clean power in many parts of the world.

In addition to well-established renewable energy markets like solar and wind, there is steady demand for new sustainable sources such as biofuels. These include palm kernel shells and wood pellets. 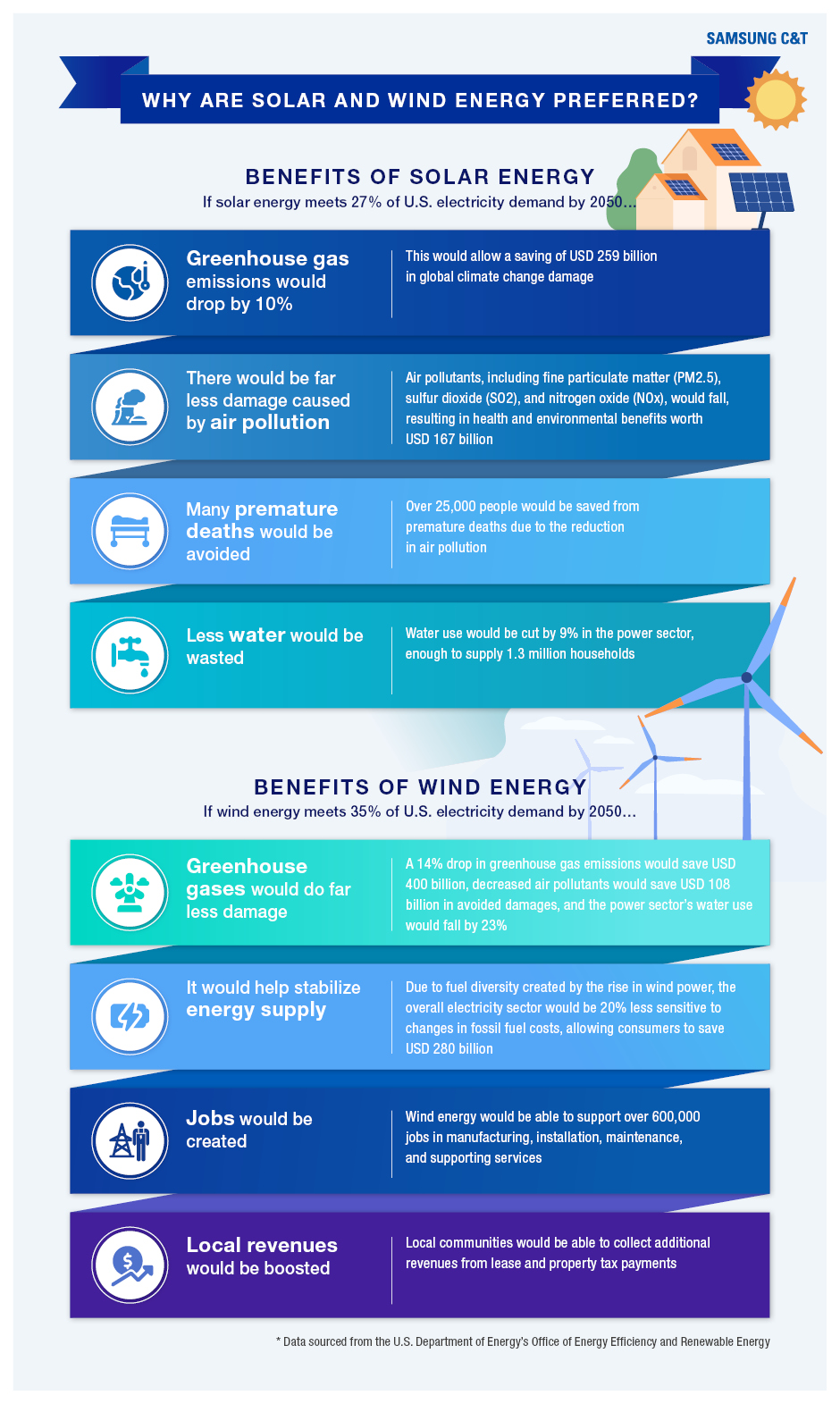 In the meantime, Samsung C&T has continued to find opportunities in the renewable energy sector.

One of the company’s key efforts in this regard has been the Ontario project in Canada, which Samsung C&T managed all the way from financing to completion. Having started all the way back in 2008, the project was finished a decade later in 2018 with 10 power plant complexes producing a total capacity of 1,369MW of wind and solar energy.

Not only is that energy production capacity enough to supply power to 400,000 households, but the 10 complexes cover an area even bigger than the U.S. state of Texas.

Samsung C&T also operates a palm plantation in Indonesia that is able to produce up to 100,000 palm fruits per day. In addition to crude palm oil and palm kernel oil, the fruit is harvested for palm kernel shells (PKS), which hold potential as a sustainable energy resource.

So, just as the sun appears after the dark of the night, renewable energy looks set to continue to emerge strongly as a ray of hope after an especially challenging few months for people across the globe.

Fake fur: The real way to keep warm this winter

Wrapped up like a Christmas gift: Everland’s new winter look