In a letter to state governors in 1937, then-United States President Franklin Roosevelt wrote, “Soil is our basic asset. The nation that destroys its soil destroys itself.” Without soil, humankind, which has built its cities in the stuff and fed generations of people with its fruits, would simply cease to be.

But how much thought do most of us really put into soil on a daily basis? The answer is probably not very much. Its ubiquity means that the only people who tend to pay soil conditions much attention are farmers. In recent years, however, construction specialists have begun to realize that soil quality impacts them, too.

At building sites, soil can occasionally become contaminated with unwanted materials such as oil, heavy metals, chlorinated compounds and more – all of which can compromise the safety of a project.

This has given rise to a new field of research and development in modern construction, namely soil remediation. The basic concept behind this entails monitoring soil conditions prior to and throughout building jobs, and ensuring that someone is at hand to remedy instances of possible contamination.

Soil remediation entails treatment, as the name suggests. In a few cases, experts employ soil bioremediation methods, possibly the most environmentally friendly of all remediation efforts. This sees experts introduce microorganisms to the soil as a treatment method.

These minute organisms actually break down contaminated materials, eradicating them from the soil, purifying it at low cost. They function, say experts, much in the same way as a compost heap. However, in the many cases where bioremediation efforts would not work, or would take too long, other inventive means are necessary.

Although many global construction experts are still learning about the importance of soil remediation, the sector actually has a history that goes back some 40 years in the United States, where Hazardous Waste Operations and Emergency Response (HAZWOPER) standards include strict soil remediation requirements. Under Operational Safety and Health Administration (OSHA) regulations, the United States government can require a company to remove or treat contaminated soil.

American HAZWOPER soil regulations have become global yardsticks, and construction experts in countries such as the United Kingdom, Japan, Korea and more have become increasingly interested in what soil remediation is and how it can be applied.

Jun Ki Yun, deputy general manager in Samsung C&T’s Construction and Engineering Group’s Building Sales Team, has also developed a deep level of soil remediation expertise. He explains that he first became interested in the sector during collaborative projects involving the US Army Corps of Engineers’ Far East District (FED), which is headquartered in Seoul.

Yun explains that while soil remediation may be a brave new world for builders, it is nonetheless one worth exploring. He notes, “While other aspects of construction, such as architecture and civil engineering, are long-established and have been systemized thanks to their long histories, soil remediation is very new for building specialists.”

He also says that experience and know-how is extremely important in soil remediation, as this normally involves underground work, which cannot be seen.

Pre-inspection is extremely important, says Yun, who also points out that the industry as a whole needs engineers capable of conducting soil risk management.

Yun notes that effective soil monitoring is the cornerstone of remediation efforts. “A soil environment expert gets involved from the beginning of the construction bid, during the evaluation stage, and influences the design of the construction project,” he says. “Projects can be canceled or disregarded due to environmental issues. Soil conditions also have an effect on a project’s overall quality.” 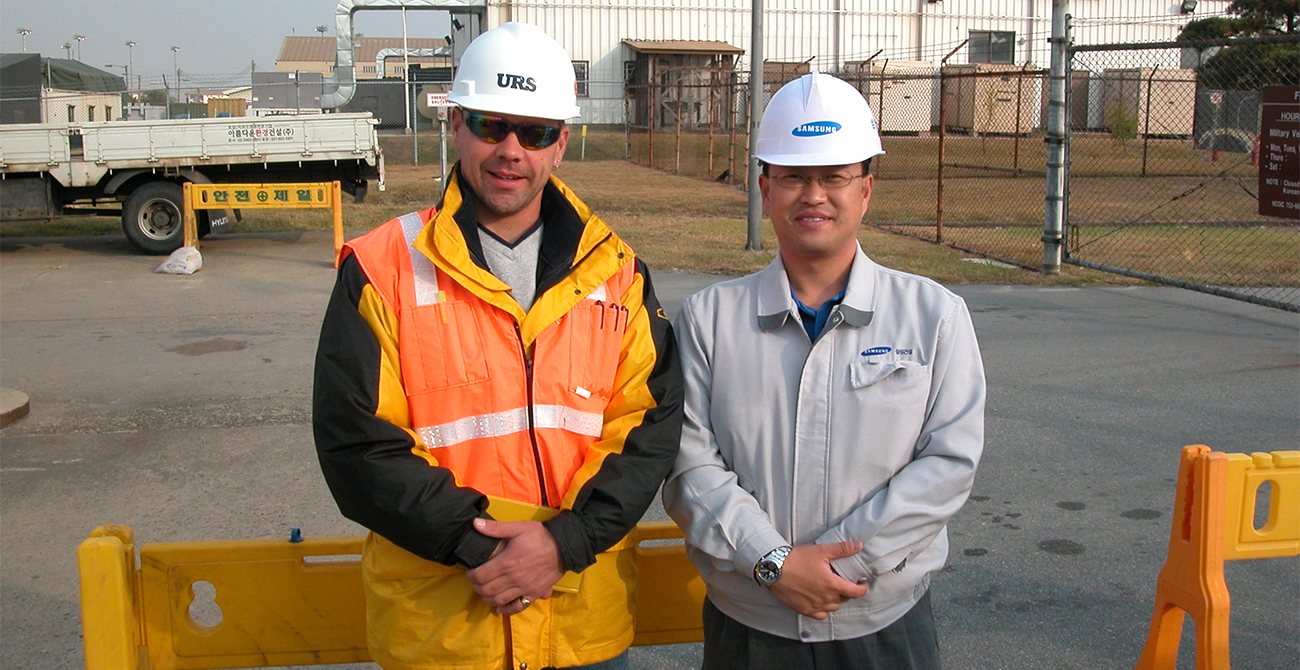 When soil experts diagnose problems that bioremediation cannot fix, they can respond with another course of treatment, including procedures like soil washing, stabilization and thermal desorption. If this all sounds like a lot of chemistry – that’s because it is. Professionals agree that soil remediation is normally about the chemical analysis of soil.

On-site chemical methods include oxidation, which involves injecting chemicals into contaminated soil to change its properties, and typically takes less time than bioremediation.

Stabilization, meanwhile, is even more rapid, but is not suitable in all cases. Typically, this involves adding binding agents such as lime or pulverized fuel ash, and is often used in heavy metal contamination cases.

If processes like these are impracticable, engineers may have to excavate contaminated soil. This can then be treated using washing efforts – extracting the soil and passing it through specialized machines that filter out tiny pieces of undesirable materials.

Thermal desorption is another procedure that involves excavating and heating soil to temperatures where impurities simply evaporate off – often suitable when dealing with large quantities of contaminated soil.

Whereas builders in the past tended not to worry much about soil quality when embarking on construction efforts, modern professionals are now starting to take this growing sector more seriously. After all, the environment is no longer a mere buzz word – it is an important consideration for a whole range of industries, not least of all construction.

The soil is the place where the most important part of any construction project can be found – its foundations. Perhaps this is why builders are now starting to pay almost as much attention to soil quality as farmers or gardeners.

Contaminations that could compromise the roots of whatever we plant in the ground, be they organic or artificial, could affect us all. And as clean soil helps the human world keep growing in a variety of ways, it is in everybody’s best interest to ensure it stays uncontaminated.

Going Green: How Wind Is Set to Power the Future