In March 2016, Samsung C&T announced it had won a $610 million contract to build the Thomson Line T313 subway station in Singapore, which is just the latest in a long line of projects the company has undertaken in the island nation. The Thomson Line T313 station project is a particularly challenging task, requiring a 1,200m underground tunnel, a station connecting two new subway lines and a garage, as well as redirecting a river that currently sits above the construction site.

Samsung C&T has steadily gained a reputation in Southeast Asia for improving quality of life for urbanites through its award-winning infrastructure projects, including 18 for safety, 9 for quality, and 3 for environmental. Some of Samsung C&T’s achievements in engineering include raising Singapore’s skyline, allowing faster transport, and making the nation more energy independent.

The company was able to win the contract with its previous professional experiences, in building seven other stations and lines for the Singapore Mass Rapid Transit (MRT) subway system, as well as two underground expressways. In fact, since its first construction project in Singapore in 1996, the Meyer Condominium, Samsung C&T has been a key part of the country’s accelerated urban development, building highways, shipping terminals, airport runways and even the country’s tallest building, the Tanjong Pagar Centre.

Here are some of its recent developments. 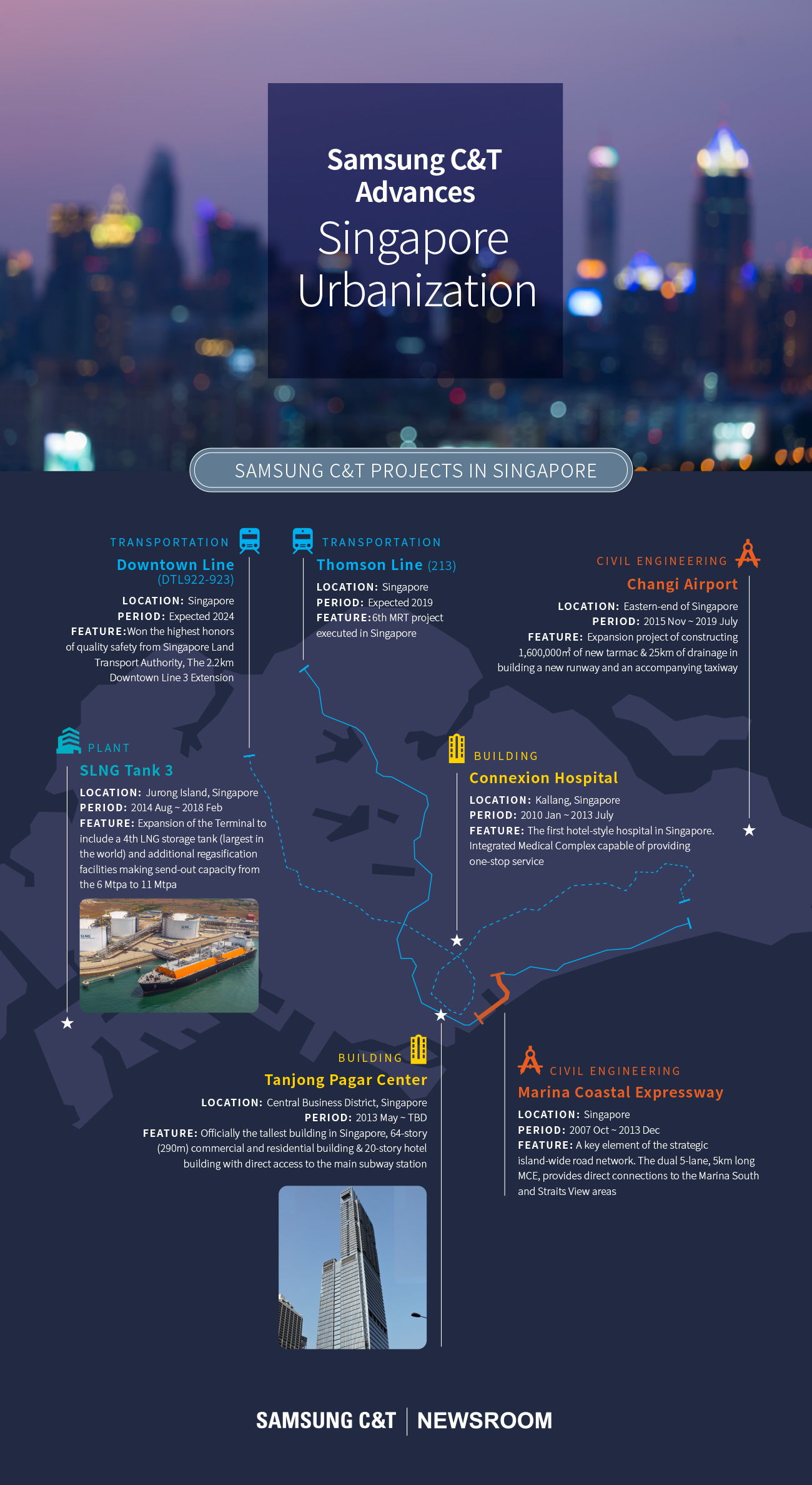 Find out more details about some of these projects from our previous articles: