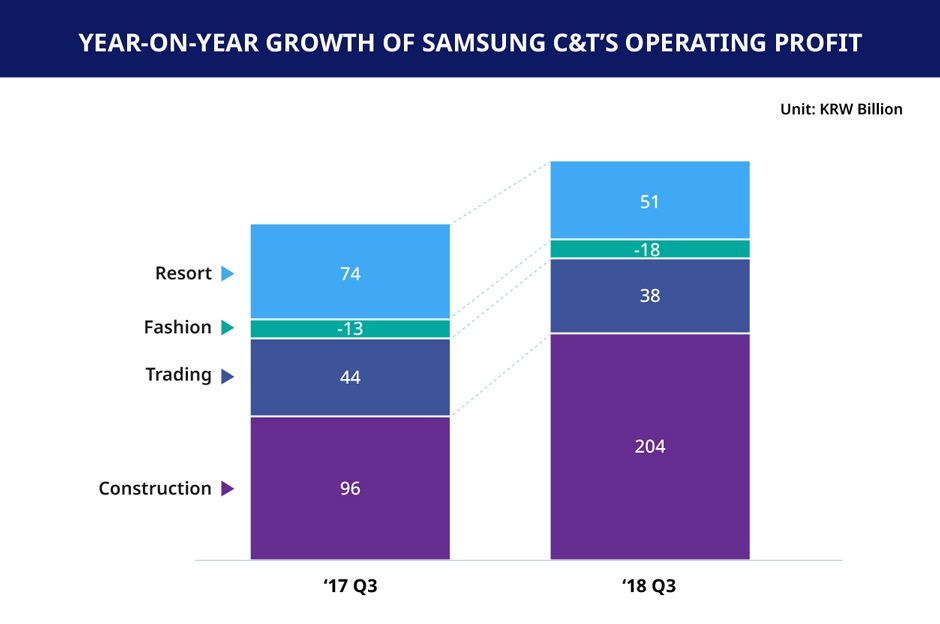 The growth in revenue was led by the Trading & Investment Group, which saw an increase in trade volume. Operating profit marked a year-on-year increase thanks to improvements in profitability of projects by the Engineering & Construction Group.

While completion of large-scale projects resulted in slight dip in the Group’s revenue compared to Q3 2017, commencement of high-profit projects in both Korea and abroad led to a significant growth in operating profit.

The revenue growth was led by an increase in global trade volume, while a slight fall in operating profit stemmed from reduced profitability in areas such as the Group’s U.S. textiles infrastructure business.

The Group recorded growth compared to Q3 2017 in revenue on the back of strong sales performance from its major clothing brands. However, marketing expenses related to the launch of a new sportswear brand resulted in the operating loss increase.

Revenue increased thanks to strong performance from the overseas F&B (food & beverage) and food ingredient businesses, while operating profit fell due to decreased profits/increased costs in the landscaping business.