Samsung C&T Donates to Charity for

Children with Rare and Terminal Illnesses

Samsung C&T has announced it will donate KRW500 million (around US$434,000) in medical expenses and education fees to the Korean Organization for Rare Diseases (KORD), a charity that assists children with rare and terminal illnesses. The announcement was made at a ceremony held in Seoul’s Olympic Park on February 8. 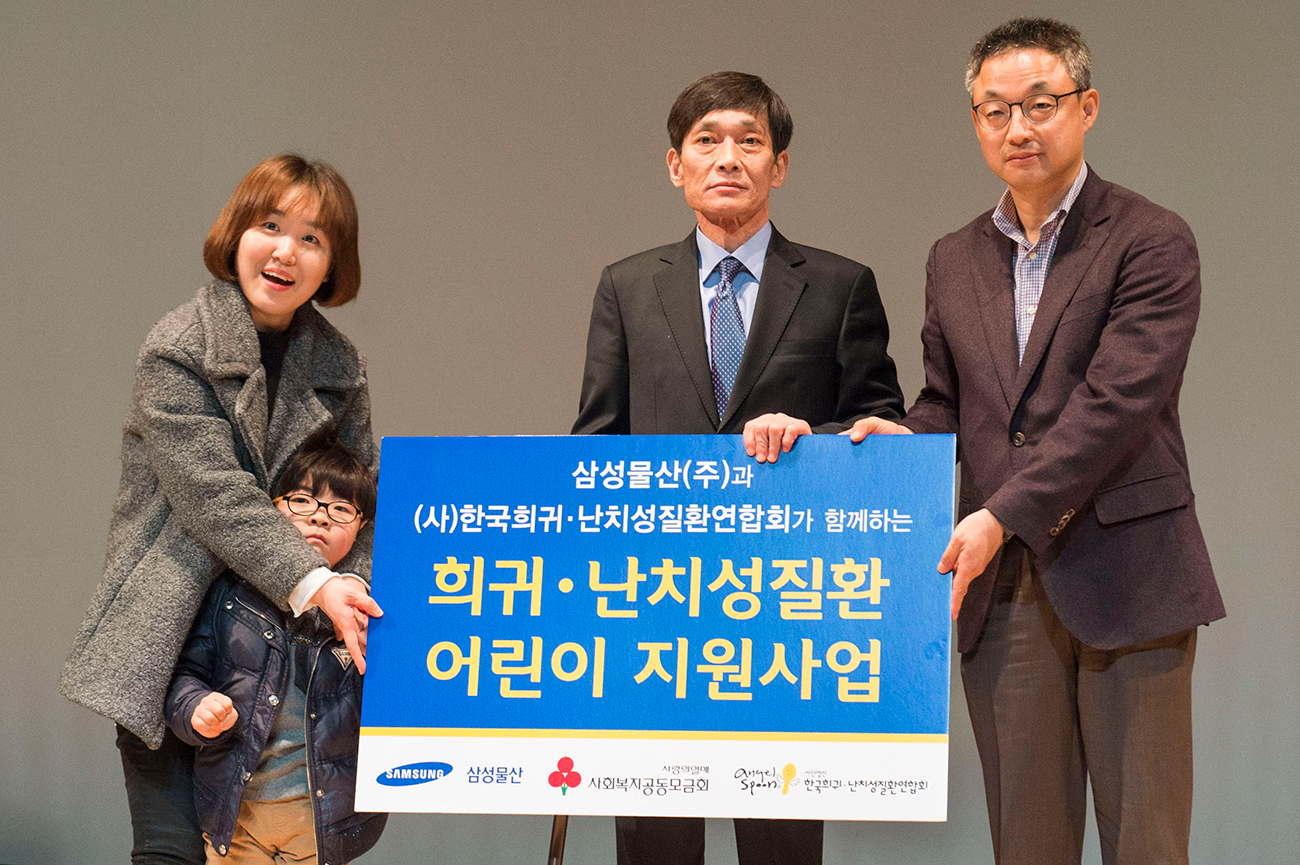 Some 300 children with rare and terminal illnesses attended the ceremony, including a girl named Ji Su Min (an alias), who suffers from congenital aortic stenosis. Also in attendance were members of the children’s families, as well as KORD’s president, Hyun Min Shin.

Samsung C&T’s has provided ongoing support for KORD since 2004. In addition to monetary funding, it has provided children and their families with a total of 10,000 tickets to the Everland theme park, operated by Samsung C&T’s Resort and Leisure Group in order to provide them with a day to cherish.

In 13 years of collaboration with KORD, Samsung C&T has provided a total of 2.4 billion won to 500 children. It is the first Korean corporation to provide wide-scale support to children with rare and terminal illnesses. In 2014, the company received official recognition for its efforts from Korea’s Ministry of Health and Welfare.

The Samsung C&T-supported Sound of Hope choir also performed at the ceremony. Samsung C&T helped establish the choir in 2007, and this year marks its 10th anniversary. The choir is also made up of children who suffer from rare and terminal illnesses.

Many young sufferers of rare and terminal diseases find themselves ineligible to claim national health insurance, which can lead to soaring medical bills for their families. Over 500,000 people nationwide are thought to suffer from economic hardship because of such conditions, an estimated half of whom are children.

Ji Su Min’s mother, who also attended the ceremony, said, “As Ji Su’s condition is both uncommon and incurable, we have had to deal with a lot of financial and psychological problems. The support we’ve received from Samsung C&T has been of great help, and we are very grateful.”

A Samsung C&T spokesperson said, “Our support goes back 13 years, and we think it is a very worthwhile cause. We will continue to support KORD – and these children – in the years to come.”

Bioenergy Part 1: Are First-generation Biofuels the Answer to the Energy Crisis?