Samsung C&T posted KRW 31.156 tn in revenue and KRW 1.104 tn in operating profit for the year 2018. The achievement was made possible through execution of the Company’s strategy to improve its business fundamentals and to achieve growth through profitability.
※ FY 2017: revenue KRW 29.279 tn, operating profit KRW 881 bn

For 2019, Samsung C&T set its target revenue at KRW 31.5 tn, and plans to continue to pursue sound management for creating profit amid uncertainties in the business environment.

Revenue growth was driven by strong performance in all four business groups, an example being the increase in trading volume at the Trading & Investment Group. Operating profit grew on the back of improved profitability in the E&C Group. 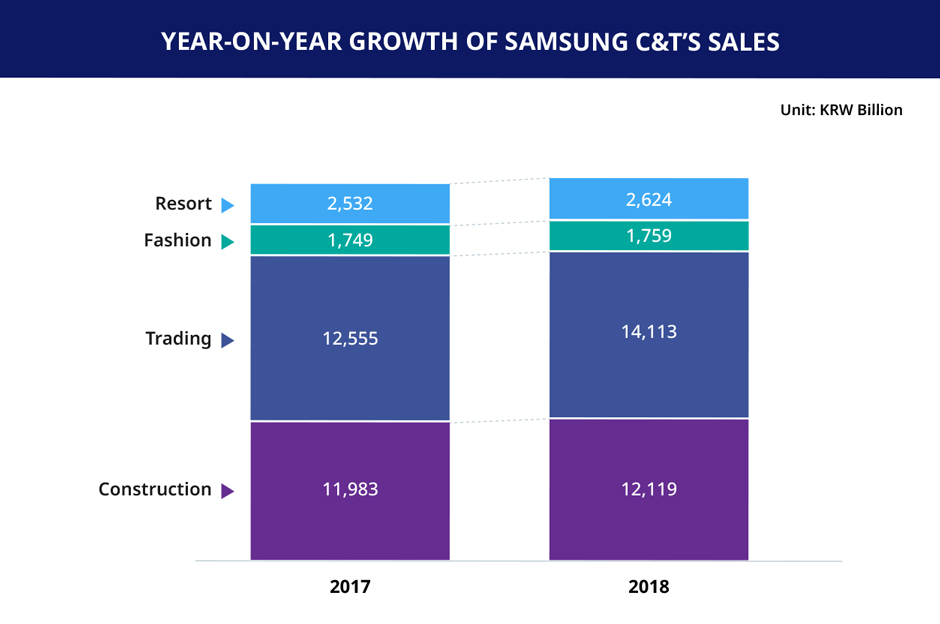 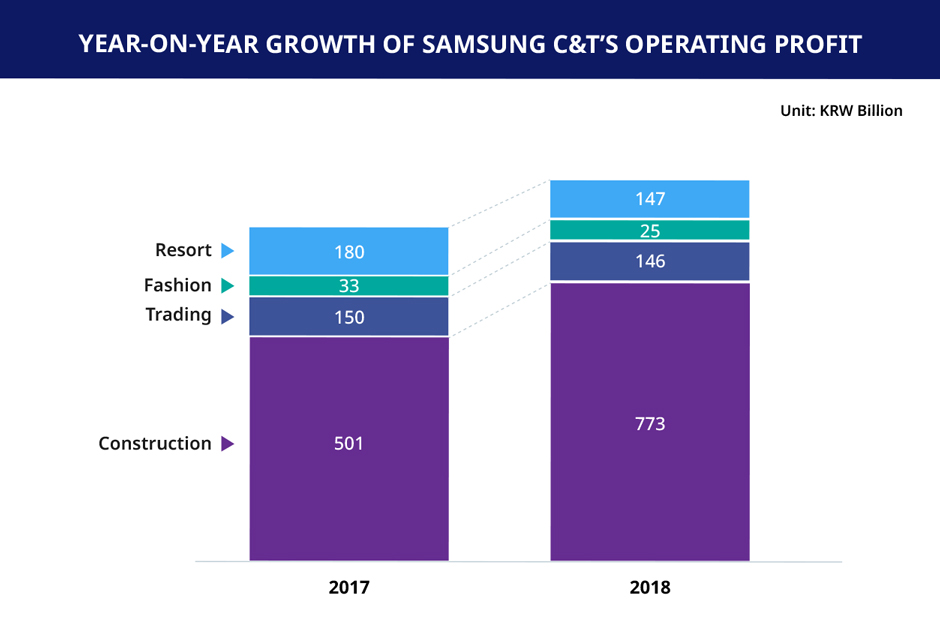 The growth in revenue was buoyed by strong performance in chemicals and steel trading, while operating profit saw a slight decline due to a one-off loss in Q4 from one of the T&I Group’s organizing projects.

The Fashion Group’s revenue maintained an upward trend, thanks to efforts to strengthen the competitiveness of its clothing brands. Operating profit fell due to sluggish outerwear sales amid higher winter temperatures.

The increase in revenue was backed by growth in the food & beverage and food ingredient businesses, while operating profit fell due to increased costs.