Samsung C&T was awarded a $421 million reclamation contract by the Civil Engineering and Development Department (CEDD) in Hong Kong. This contract is to be issued to a joint venture between Samsung C&T and local construction company ‘Build King’ and is part of CEDD’s initiative to alleviate Hong Kong’s housing shortage through the development of new towns.

The project will take place off the coast of Tung Chung on the northern part of Lantau Island as the first step in developing the area into a new town for approximately 270,000 residents and will result in the creation of 134 hectares of reclaimed land. The construction is expected to begin January 2018 and completed by July 2024, and Samsung C&T’s 49% stake in the joint venture with Build King represents a $421 million interest in the $859 million contract.

Samsung C&T showcased its past track record like the three reclamation projects in Singapore (Jurong Island, Changi Airport, and Tuas) and proposed an execution plan that put safety first.

“Samsung C&T will apply its technical knowledge and experience to safely and successfully deliver the project.” Samsung C&T received the letter of acceptance (LOA) from the HK Civil Engineering and Development Department on the 21st of December. “For Samsung C&T, this is the best Christmas present we could have hoped for.” said Bruce Lee, Head of Samsung C&T’s Civil Business Unit.

Samsung C&T first entered the construction market in Hong Kong with the Sha Tin to Central Link project in 2012 and followed by the Three Runway System Project Deep Cement Mixing Works in 2016. This latest contract represents Samsung C&T’s third major undertaking in Hong Kong and simultaneously Hong Kong’s emergence as one of the company’s most important markets. 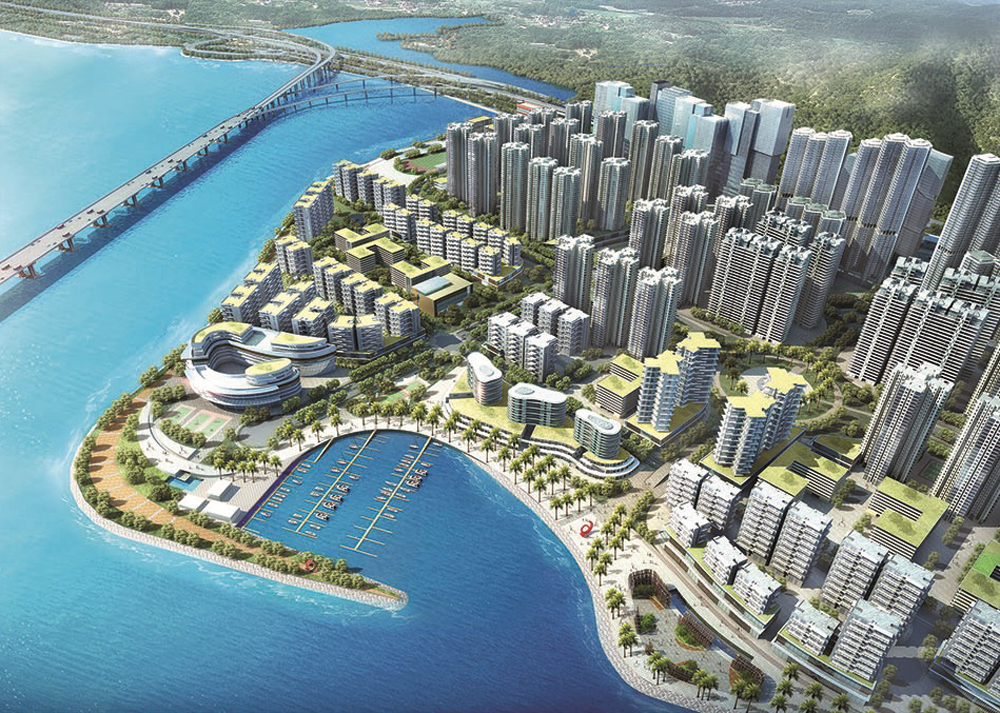