Shakespeare and Roses at

“A rose by any other name would smell as sweet,” says the love-smitten heroine of Shakespeare’s Romeo and Juliet.

William Shakespeare, who died 400 years ago this year, lived in a world full of roses and rose-themed symbolism – the flower lent its name to the War of the Roses, a turbulent period of English history that shaped his world.

Although not a historian per se, Shakespeare wrote extensively about the War of the Roses. Three of his plays centered on the 30-year-long, Game of Thrones-like struggle between the House of York, whose emblem was a white rose, and the House of Lancaster, represented by a red rose. 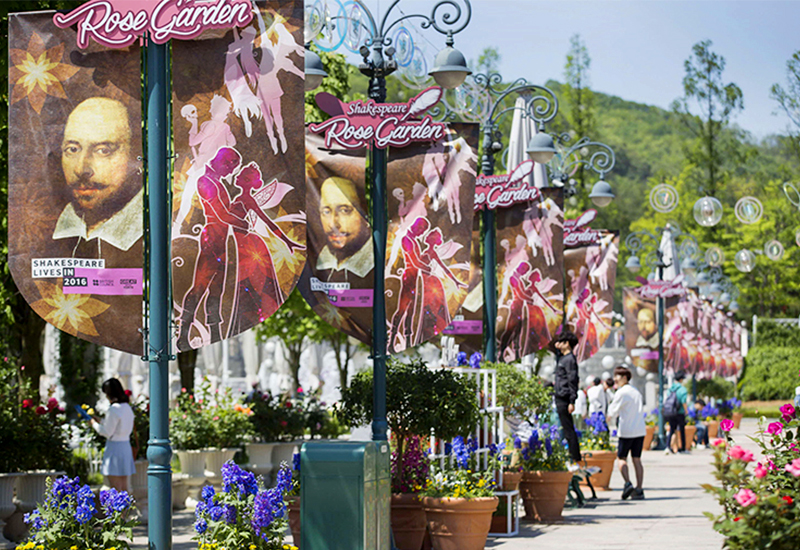 In medieval England, the clergy grew roses in their herb gardens, and valued them for their medicinal (as well as aesthetic) value. This tradition was still in full swing during Shakespeare’s time.

New World colonists brought rose seeds with them to the Americas, and the flowers were so highly prized in Shakespearean days that many of Europe’s royal courts accepted them as a form of currency.

A document compiled by a group of English gardeners in 1629, just over a decade after Shakespeare’s death, lists 24 types of known roses. Today there are over 100 species of the plant and thousands of selectively bred cultivars. Although modern gardening methods have made them somewhat easier to grow, roses have lost none of their long-held allure. 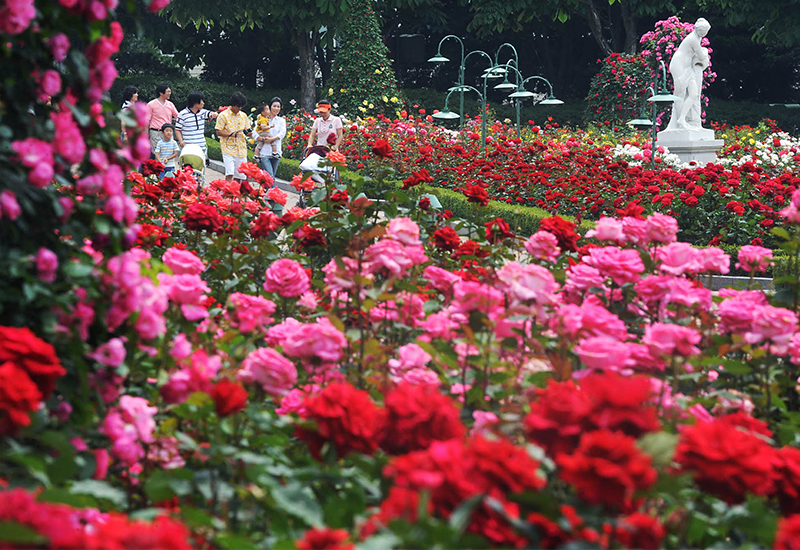 For the resort group’s amusement park Everland, roses are also integral to its story. When the park first opened its doors 40 years ago, it did so under the name Yongin Jayeon Nongwon (Yongin Natural Farm). The venue was an instant hit among horticultural enthusiasts, with its impressive collection of plants, trees and some 3,500 rose bushes. By the following decade, the number of roses at the resort had almost doubled, and the inaugural Rose Festival took place in 1985.

The festival has increased in scale significantly since the eighties. Resort authorities say there are enough roses in Everland to make a line that would stretch from London to Moscow. Combined, Everland’s roses weigh a massive 735 tons.

This year marks the Rose Festival’s 31st birthday, as well as the resort’s 40th. As a result, Everland authorities decided to make Shakespeare, who also celebrates a landmark anniversary this year, a central theme for the Rose Festival. On May 5, Everland lifted the curtain on the Shakespeare Rose Garden, built in collaboration with the British Council in Korea. 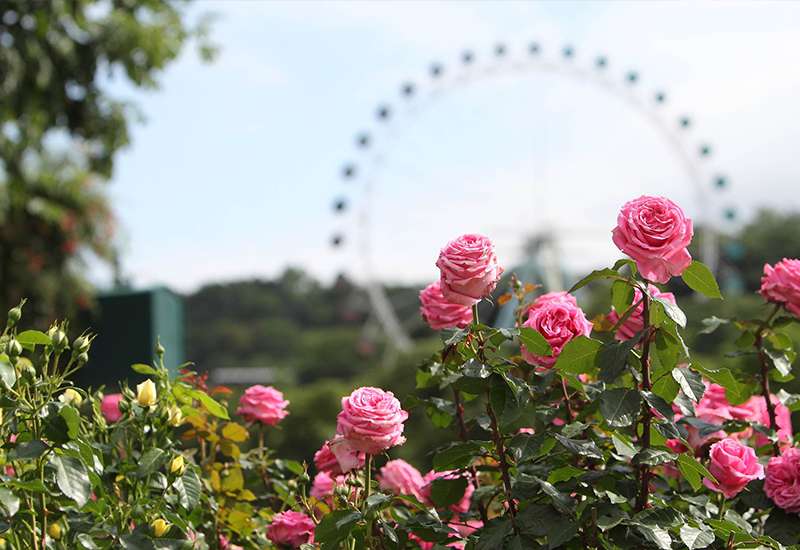 Harim Kim, part of the Samsung C&T Resort Contents Development team, explains that Everland has gone out of its way to make 2016’s edition of the Rose Festival (which runs from May 5 to June 12) truly memorable.

Says Kim, “We have added a literary theme this year that accentuates roses’ meaningfulness and aesthetic value. Shakespeare made numerous references to roses in his work, and highly prized their beauty. Visitors can also learn more about Shakespeare using the Everland app and QR codes are placed at various key points around the garden to help people learn more about the playwright.”

Indeed, literary-minded visitors are in for a treat at Everland, with areas of the garden dedicated to three of Shakespeare’s most-loved plays – Romeo and Juliet, A Midsummer Night’s Dream and Hamlet – as well as a special section devoted to his sonnets. 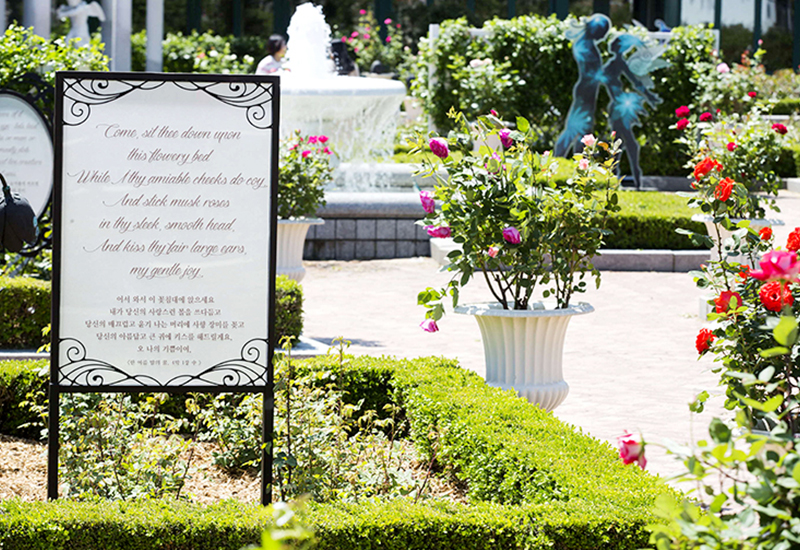 Charles Hay, Britain’s ambassador to Korea, visited Everland on May 13 for an inaugural ceremony. At the event, he announced, “It is great to see Everland’s Rose Garden decorated beautifully with Shakespeare’s sonnets and images from his plays. I am very happy to see Shakespeare is popular in Korea and want to thank Everland for promoting him so creatively to the Korean people.”

A British music writing show is also held every night, and visitors can peruse some of the writer’s works at the Shakespeare Flower Bookshelf.

Kim explains, “For adults, it is a great way to revisit Shakespeare’s works, while for children, it is a great introduction to his plays and sonnets.” 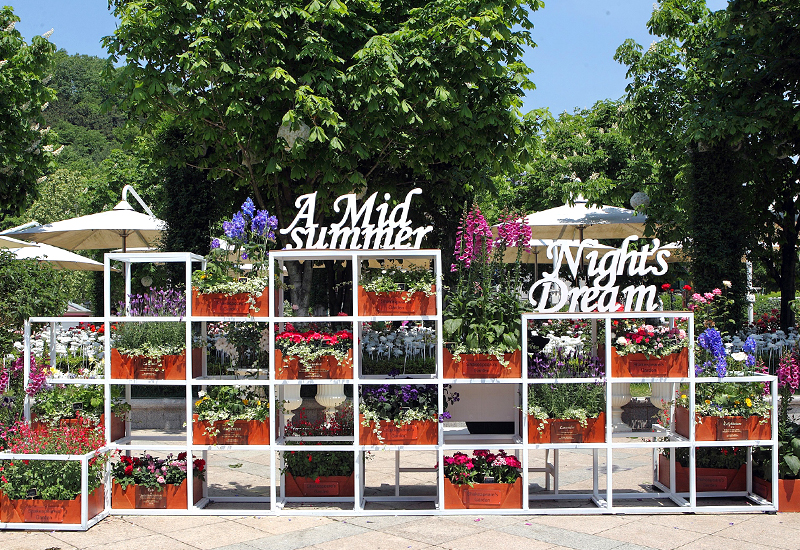 And although it is hard to speak for the bard, you have to think he would endorse all the rose-themed attractions Everland has organized in his name. After all, as Shakespeare wrote in The Noble Kinsmen, his adaptation of Chaucer’s The Knight’s Tale, “Of all flowers methinks a rose is best.” 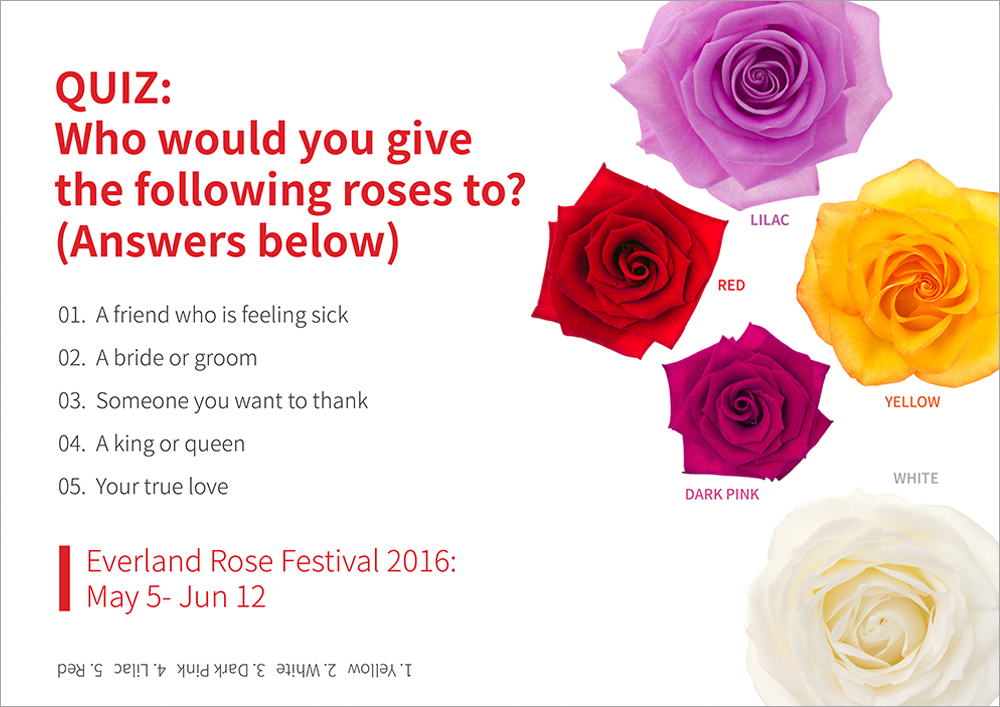