Note: This is the latest in a series of articles on the Samsung C&T Newsroom that examines the ways technological innovations such as smart devices, the Internet of Things (IoT), advanced software, drones and robotics are currently transforming the world of housing, construction, fashion and leisure.

Construction is a hands-on industry, involving physical labor and human judgment for the most part. For many, it is hard to imagine digital technology playing much of a role in the process. Although paper blueprints and analog tools can help us build massive structures, armed with powerful software solutions and virtual reality (VR) technology, building professionals can now build smarter than ever before.

Software solutions not only make builders’ lives easier, they also allow for a level of precision and predictive capabilities that only computers can provide. Computer software is thus being used extensively to streamline and often perfect time-honored methods.

Construction software is not new. It has, in fact, been around for decades now. But in recent years, developments have picked up pace as software packages become increasingly sophisticated, and better-tailored to the use of the building profession.

One of the most important software tools now being used in the construction field is Building Information Modeling (BIM). First coined in 2002, this entails a digital representation of a project’s physical – and functional – characteristics.

Although many people think of software-created models as little more than 3D versions of blueprints, modern BIM captures much more than that. As well as a project’s geometry, BIM also deals with spatial relationships, light factors and details pertaining to building materials.

Engineers explain that modern BIM is moving toward 5D methods that add elements of time and cost. It now involves data input by a large array of building professions – not just engineers and designers, but also landscapers and other experts.

“Much of our global work now requires BIM, as clients like it,” says Samsung C&T’s Jong Hoon Kim, General Manager and BIM leader of the Design & BIM Group team. “We currently use it on most overseas projects and most of our high-tech Korea-based projects. Looking forward, its usage will only continue to advance.”

Meanwhile, Steve McDowell, Principal of BNIM architects, says BIM can make building projects smarter – and greener too. He explains constructors are now achieving wide-ranging success by “using BIM to maximize beauty, efficiency and functionality while minimizing or eliminating adverse impact on the environment.”

One of the benefits of VR is that it allows builders to conduct increasingly scientific inspections and rigorously test viability before breaking ground on a project.

Samsung C&T’s Kim explains that VR can help builders better visualize projects, and also give customers a better understanding of the building process. “Computer monitors are inherently 2D, which is not ideal when you’re looking at 3D renderings,” he says. VR, he believes, presents the answer, allowing engineers the chance to examine minute details of a project up close.

Again, however, it is not only architects who can get more out of VR innovations. Kim notes, “VR tech is allowing our customers to truly immerse themselves in 3D model projects.”

Renowned British architect Sir Norman Foster concurs. Speaking to the Telegraph, he explained, “You can’t get a better representation of an unfinished building, it can really bring it to life for the client as [constructors] walk around it with them.”

New methods to monitor worksite safety, such as anti-collision software, are on the rise. One example of this is SAP Technologies’ SK Asteroid platform, used on major construction sites such as Samsung C&T’s Burj Khalifa in Dubai.

These solutions work in tandem with sensors that detect the position, movement, inertia, wind speed and direction of equipment like cranes and other large pieces of machinery. If something is amiss, professionals are alerted via a computer system, allowing them to take precautionary steps to prevent potential injuries.

Software experts say that anti-collision programs are incredibly accurate, and they not only help eliminate real-time issues, but also avoid potential future issues. Innovator Severin Kezeu told Forbes, “The system could tell you that you will have a collision on your construction site next Thursday at around 4pm based on information collected from sensors on your machinery.”

Even though software developments are already advanced, it is still early days for software in the construction business. Improvements have become widespread, but there is plenty of room for growth in what is still a nascent area of construction. 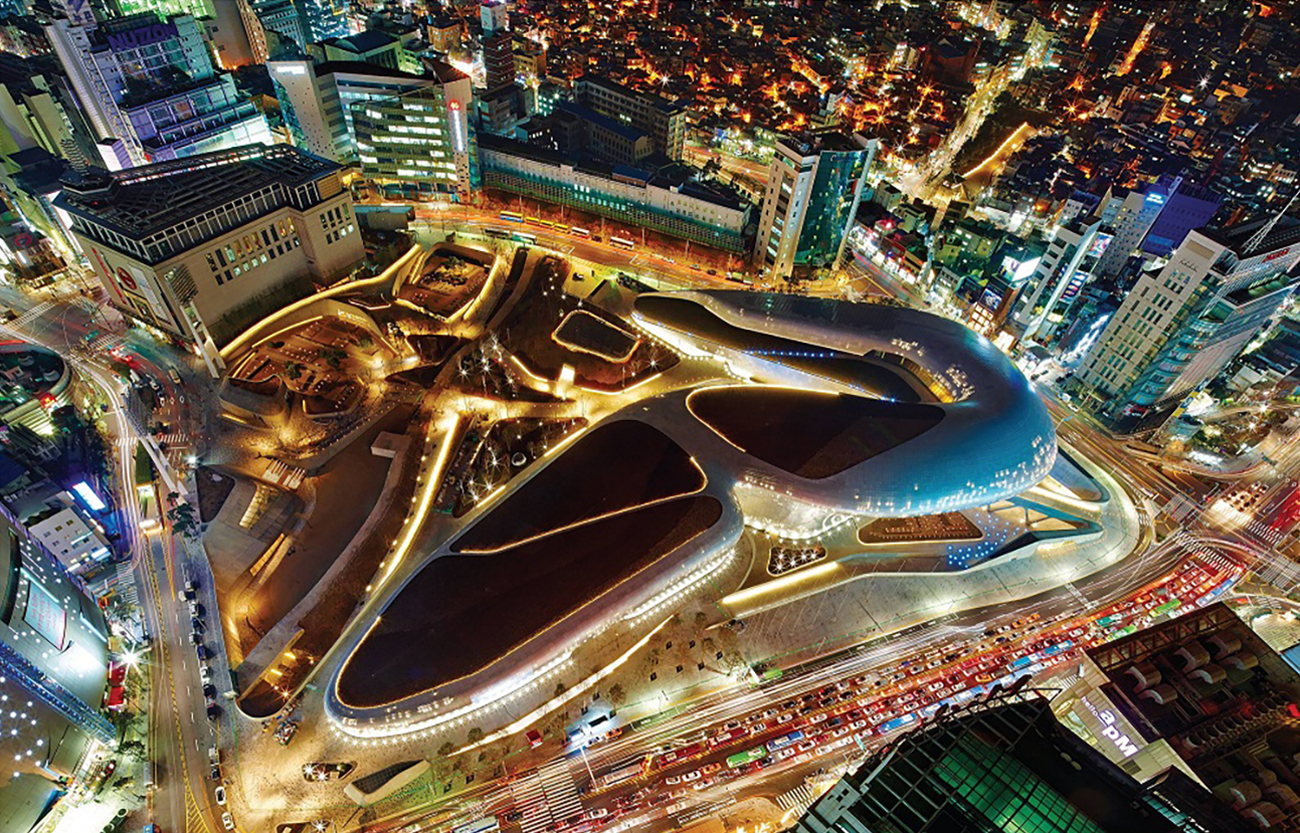 Nonetheless, the ability to design 5D models, take virtual tours of future layouts and help prevent work-related injuries is already proving to be invaluable to the construction industry. And in the years to come, software developers and constructors will no doubt continue to collaborate in the quest to find yet more ways to build bigger, better, greener and safer.

Stay tuned to the Samsung C&T Newsroom to discover how high-tech hardware currently features in construction projects, and how they are set to transform the future of the industry. Also coming soon, find out how IT advances are influencing the worlds of fashion and leisure.