Staring up from the foot of mega-tall skyscrapers like the Burj Khalifa, the buildings seem like an impossible feat. Stretching to the clouds, millions of tourists flock to the observatories of landmark buildings every year to take in the stunning views. But while snapping selfies in the sky, most people are unaware that the beautiful scenery is rooted deep below the earth in the building’s foundations.

Though they may seem to sit on a normal foundation just like any other building, skyscrapers require a well-planned structure to anchor them to the ground. To prevent natural forces from toppling them over, mega-tall structures need a low center of gravity, achieved by digging deep into the ground to find a soil sturdy enough to hold the weight of the building. For some of the world’s tallest buildings, that means digging as deep as 85 meters. It all starts with the search for bedrock.

Beneath the loose surface deposits of soil and sand sits a layer of lithified rock, called bedrock. Compacted under pressure, this solid layer of earth is the first building block in constructing a sturdy foundation for skyscrapers. Without it, the building would be prone to moving and shifting with the loose topsoil.

After surveying the construction site for soil composition, construction begins by digging a pit. The size and depth of the pit depends on how far down the bedrock lies and how many basement levels the building will have. In some areas, simply accessing the bedrock can present a major engineering challenge. At the site of the One World Trade Center in New York City, for example, the bedrock is nearly 20 meters below the surface. With the nearby Hudson River saturating the soil, excavating to the bedrock was impossible without flooding the site.

Sometimes the bedrock lies close to the surface. In these circumstances, the soil on top of the bedrock is removed, and the bedrock is excavated to form a smooth surface on which to construct the foundation. Footings are then blasted or drilled into the bedrock and fit with steel or reinforced concrete columns to anchor the building.

When the bedrock is extremely deep, vertical beams, called piles, are sunk through the soil until they are embedded in the bedrock as footings to secure the structure. Once anchored, the structures are ready to withstand whatever nature can throw at them.

Gale force winds and seismic activity are two major reasons skyscrapers are anchored into bedrock. Ancient architects, like those that worked on the pyramids, solved these problems by using wide foundation to spread the weight of the building over a larger area. Modern mega-tall buildings, however, face space restrictions and unique design demands that require other solutions.

Bedrock and soil conditions must be analyzed to determine the choice of foundation structure, including the type, and number of load bearing capacity footings. In areas with soft and poor soil conditions, the foundation system may require special rock anchors for countering uplift forces from wind or overturning from seismic events. Along with other design considerations, such as dampers or shock absorbers, a strong foundation ensures that skyscrapers can withstand even the strongest storms and earthquakes.

Whether for environmental or design considerations, no two building foundations are the same. Here is how the foundations of some of Samsung C&T’s world-class buildings were made. 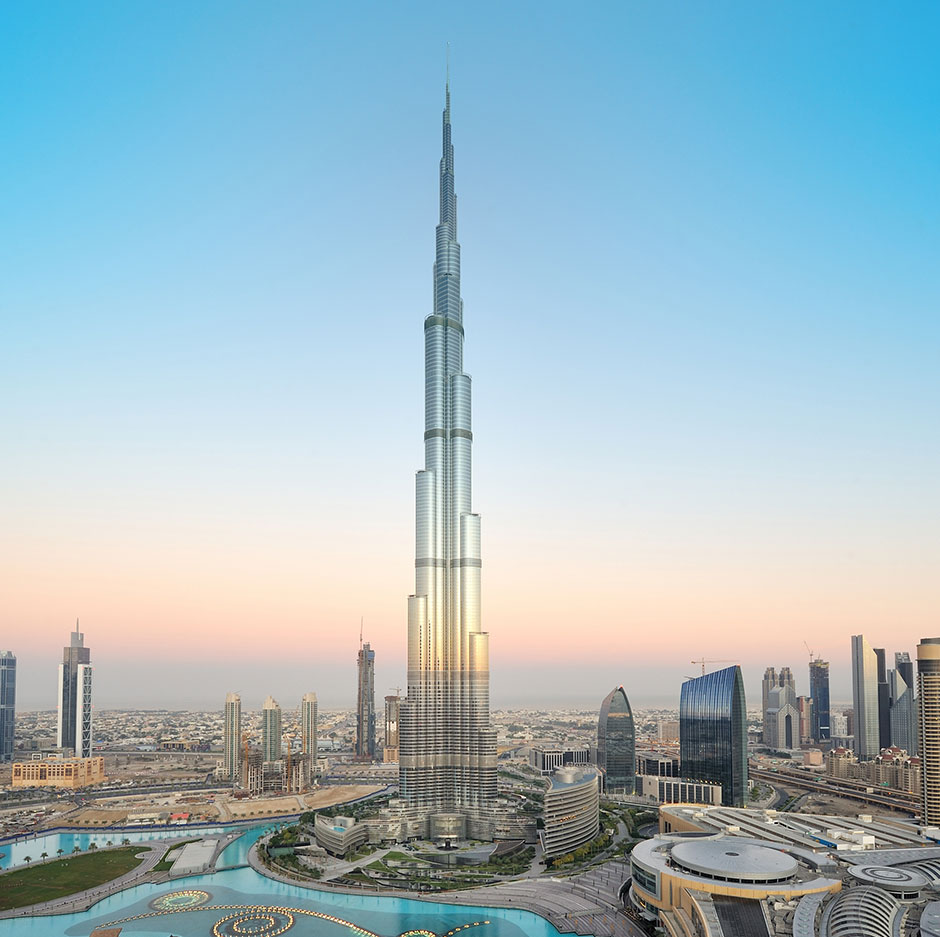 Building a skyscraper in the middle of the desert is no easy challenge. Corrosive salt water running underground between the soil, sand, and rock presented a major challenge for the Burj Khalifa. Engineers had to use special concrete that does not allow salt water to pass through and a process known as cathodic protection in which another metal is added to the concrete base to protect the load-bearing steel beams from corroding if the salt water eats through the concrete.

The famous Twin Towers were intended to be built on the site of the former Selangor Turf Club, which was flat, green land. But soil studies showed the area would not be able to hold the foundation due to irregularities in the limestone bedrock. To support the immense weight of the buildings, the site was moved where the bedrock was deeper, allowing the buildings to be firmly anchored in at least 55 meters of soil for each tower basement. The foundation saw 13,200 m3 of concrete, the largest amount ever poured in the Malaysian construction industry at the time. 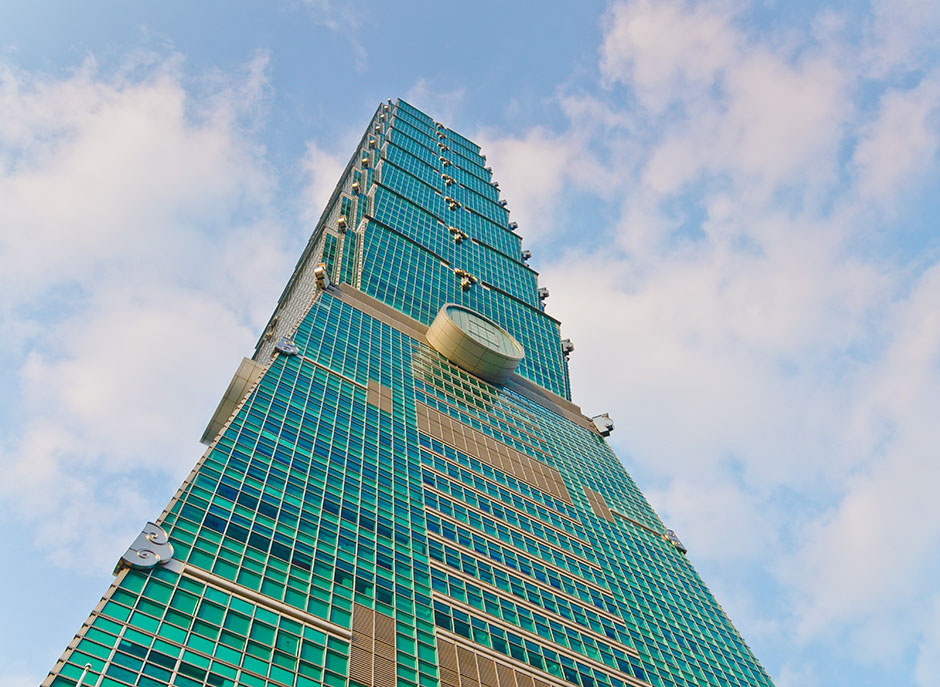 As a coastal city, building in Taipei presented a host of problems. Extreme typhoons, potentially severe earthquakes, and difficult subsurface conditions, including an inactive fault line running through the construction site, were all major concerns for the engineers. The design required a basement 21 meters deep, and after surveying the site it was determined the building would need two foundation systems. The final design includes a protective wall, called a diaphragm wall, that surrounds both the tower and retail area around it, a second diaphragm wall enclosing just the tower, and a reinforced concrete mat.

While they may seem like nothing more than a hole in the ground, revolutionary techniques in foundation construction have made today’s mega cities possible. Allowing for thousands of people to work closely together, share ideas, and collaborate, our sky scrapers have proved that if you want to reach new heights, you must first dig deep.

A Field to Behold: How Landscape Architects Shape Our Everyday Lives