The tall buildings that we see towering over the skyline of many major cities are built to withstand vertical loads generated from the many floors of furniture, equipment, and people inside. That’s typically the primary concern when building such structures. You think less about resilience against horizontal forces – unless you’re worried about earthquakes.

Temblors can send violent shockwaves throughout structures, subjecting them to harsh pulls from different directions. Without built-in quake-resistance, buildings are at risk of crumbling under their own weight, or snapping due to structural rigidity. That’s why it’s critical that skyscrapers and other structures be designed with quake-resistance, especially if they sit near major fault lines. 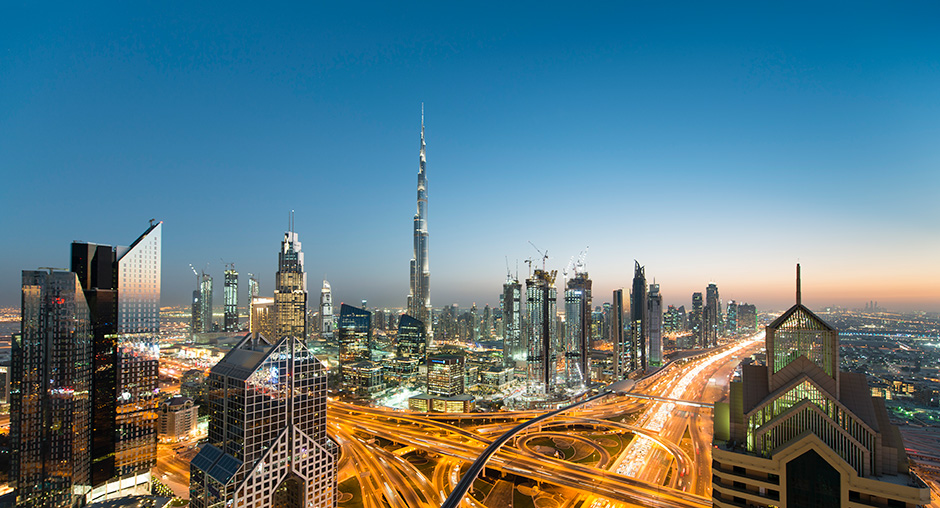 Of the many techniques builders use to make structures earthquake-resistant, one of the easiest to understand may be active mass damping. Anyone who has been inside a skyscraper during a major earthquake will be familiar with the slow but unnerving swaying of the building.

Active mass damping looks to reduce the degree of that swaying essentially by building a counterweight into the structure. The device is installed at the top of the building and is connected to viscous dampers that absorb the shockwaves. When a building sways left, the mass damper counterbalances that movement to the right with its colossal weight.

One great example is the Taipei 101. Its tuned mass damper sits between the 87th and 92nd floor and swings like a pendulum in the opposite direction of external forces to help maintain equilibrium. 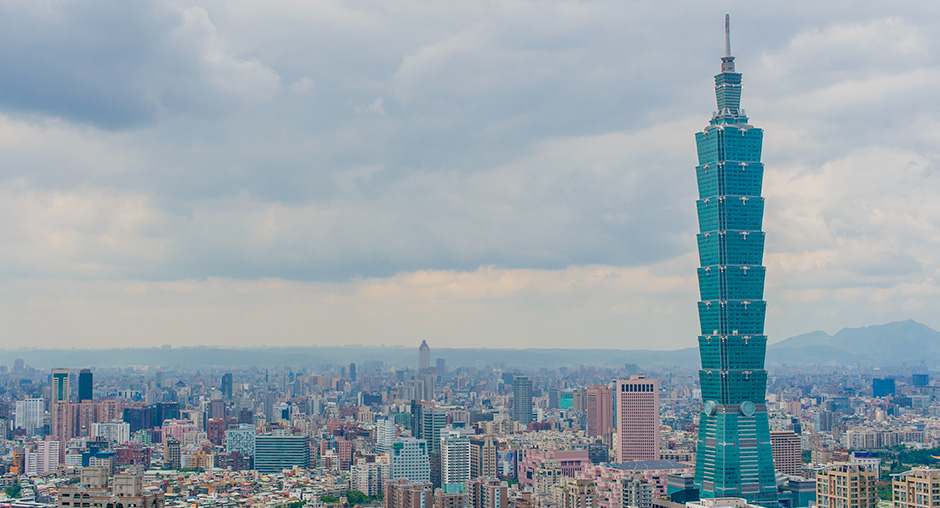 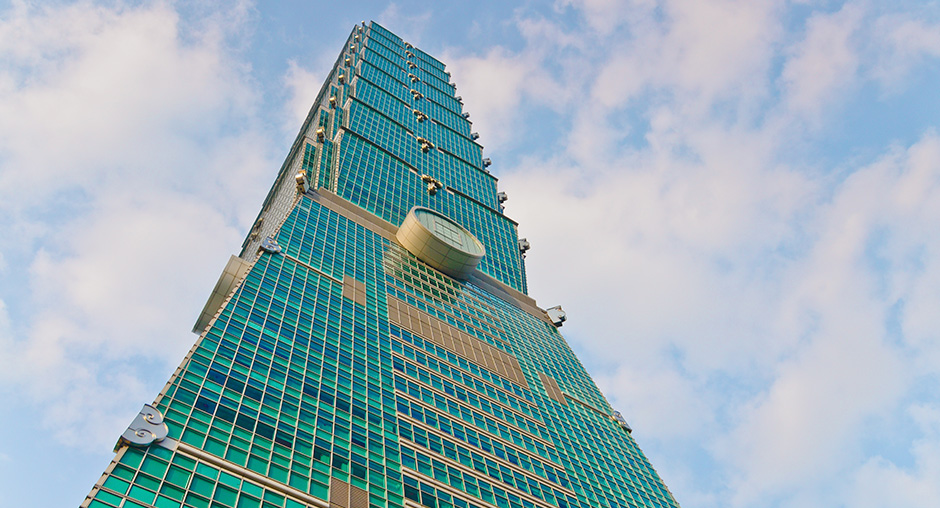 Another iconic skyscraper that’s well known for its quake resilience is the 163-story Burj Khalifa in Dubai. The building is designed to withstand an earthquake of up to magnitude 7 and is able to do so through advanced structural support.

Cross-bracing is one of the mechanisms engineers use to reinforce a structure against seismic forces. Another is to place shear walls, or braced panels, in parts of the building to enhance stiffness of the structure.

In the case of the Burj, its builder Samsung C&T Engineering and Construction Group created a “buttressed core,” by using outrigger walls (horizontal beams that extend to the exterior of the building) to connect perimeter columns with interior walls of the structure. This virtually allows all concrete walls in the building to share vertical and horizontal loads, maximizing rigidity.

The building also uses the Online Alerting of Structural Integrity and Safety (OASIS) quake detection system, which helps assess when it’s necessary to evacuate crowds in order to minimize casualties in the event of an earthquake. 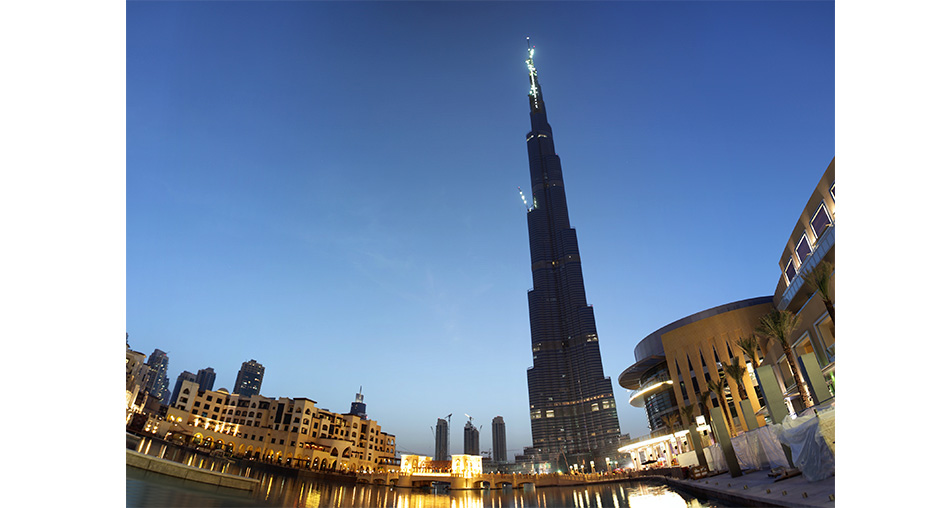 Such highly responsive technologies are crucial to structures that house sensitive equipment as well. Samsung C&T is also known for building Samsung Electronics’ Pyeongtaek semiconductor factory in South Korea – the largest chip plant in the world. The complex is designed to withstand a 6.5-magnitude quake, which means if it’s hit by a quake of magnitude 6 or under, the structure will only suffer light damage, and facilities can therefore almost immediately be used. 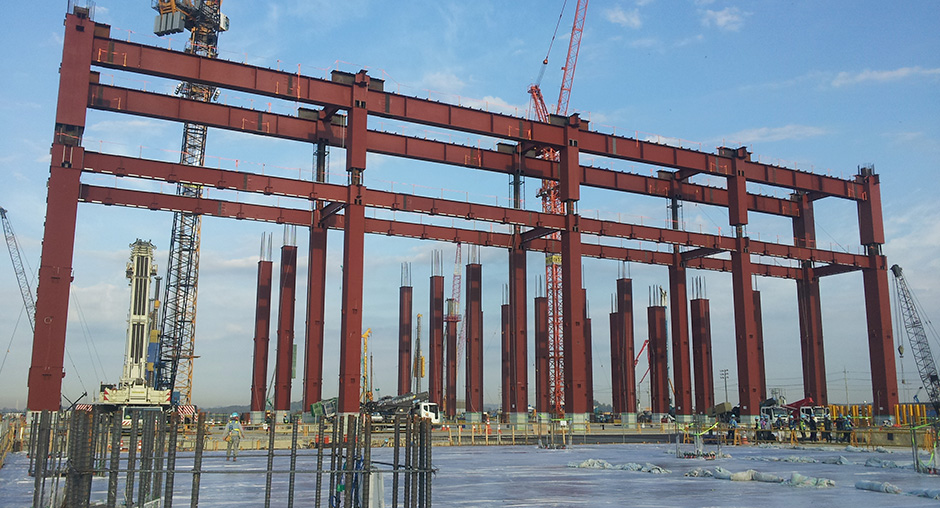 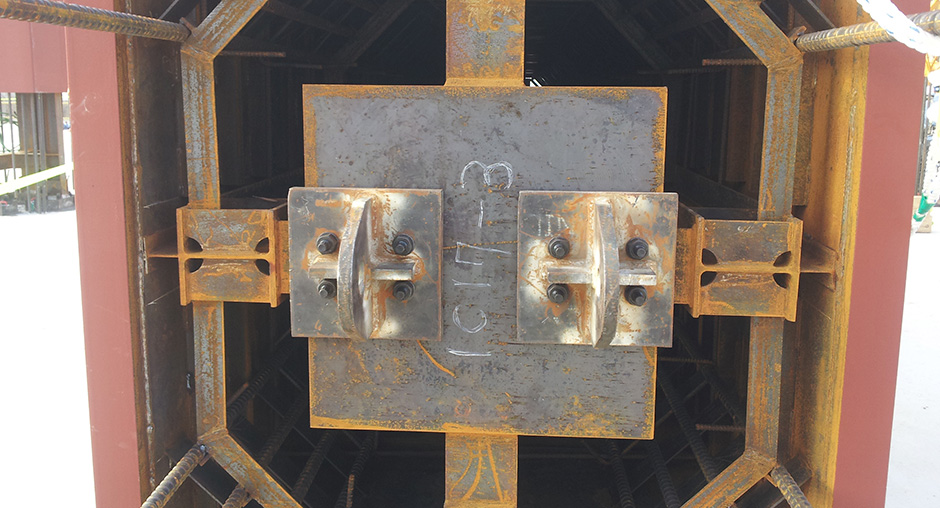 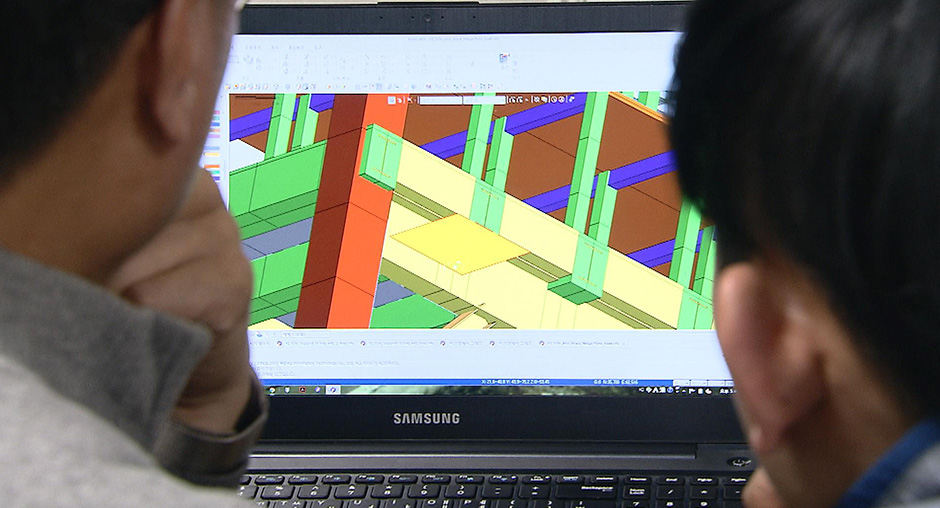 #2: Inside of the mega columns

One method that’s used is tying the structure to its foundation to ensure it does not get knocked off during a quake, while another approach does the exact opposite. Known as base isolation, this technique raises the structure from its foundation, using mechanisms such as bearings, springs or padded cylinders. When an earthquake strikes, this allows the foundation to move more freely without shaking the entire structure with it. 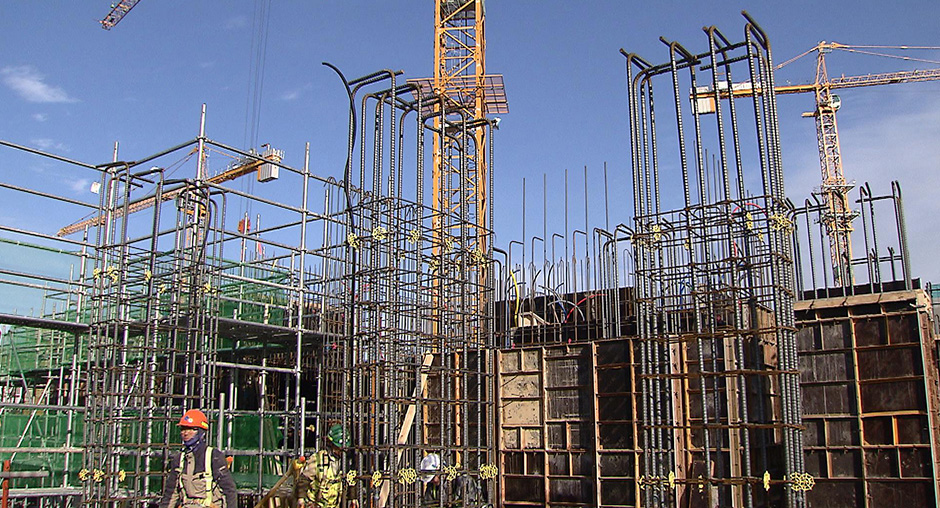 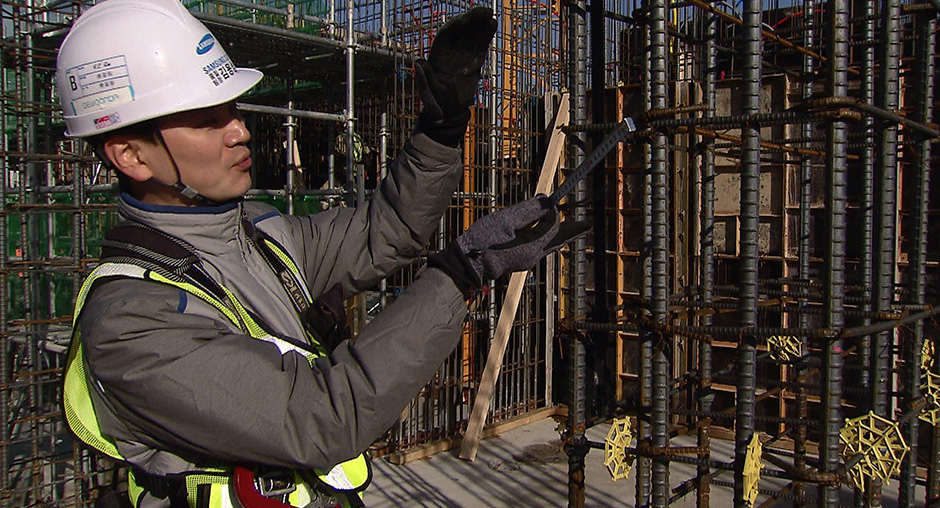 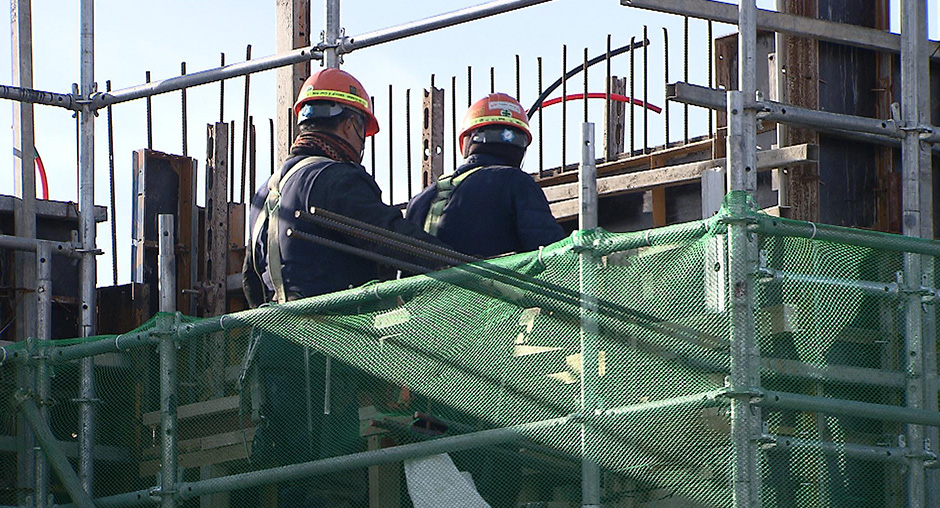 Two buildings well known for their quake-resistant foundations are the Transamerica Pyramid in San Francisco, which famously withstood a magnitude 6.9 earthquake in 1989, and Turkey’s Sabiha Gökçen International Airport, known for its 300 base isolators, equipped to endure an 8-magnitude earthquake.

But what can be done about old structures that are susceptible to earthquake damage? Are their occupants simply left vulnerable to a looming seismic threat? Fortunately, a lot of the technologies above can be used for seismic retrofitting and are currently being adopted for many public buildings and infrastructures that are in need of reinforcement. Adding external steel bracing is considered a popular option for its relative ease of implementation and affordability.

It is hard to imagine that one day all lives and structures will be left completely unscathed by the immense force of earthquakes that strike with very little warning. But the evolution in quake-resistant construction offers some hope. New methods, such as anchoring carbon-fiber ropes to create a seismic curtain around the structure, or building a rocking frame that would enable a building to bounce around and deflect deformation, could potentially further enhance resilience against seismic activities. With such developments, in future, more people might come to see earthquakes as a light storm passing instead of a disaster that will shake everything to its core. 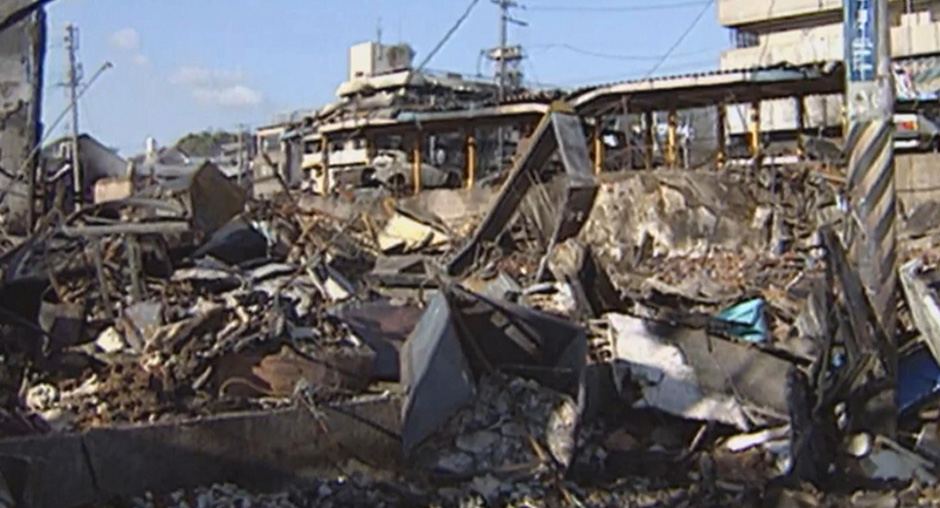 5 Most Spectacular Christmas Trees Around the World