Suits You, Sir – How Affordable Suits

How did the suit – once the preserve of noblemen – become an affordable item?

At the end of the 19th century, men’s formalwear was an exclusively upper class affair. Called white tie, it consisted of a black tailcoat, a marcella waistcoat with high-waisted pants.

White tie was completely unsuited for the demands of the 20th century. So, inventive British tailors found an answer. They combined elements of the military uniforms used by European cavalrymen with white tie outfits to create the modern suit.

The lounge suit was an immediate hit. For upper-class gents, it provided a casual and more comfortable alternative to the formalwear they were used to. And for some aspiring members of the British middle class, it provided a practical way to look smart in the office.

However, it was not until the suit became a hit in the world of music, film and television that affordable suits became must-have items for everybody.

The suit had not been around for long before keen-eyed fashionistas found a place for it in popular culture. In 1940s’ America, the zoot suit – wide-legged and long-jacketed – was all the rage for jazz fans and performers alike.

In fact, the 1942 song “A Zoot Suit (For My Sunday Gal),” a musical celebration of the suit, became a chart hit for the likes of the Andrews Sisters, Kay Kyser and Benny Goodman.

In postwar Britain, the suit was at the forefront of dozens of fashion and cultural movements, particularly in the world of music.

First came the Teddy Boys, who attempted to recreate Edwardian suit styles for the rock’n’roll era. They matched the suit with velvet collar trims, pocket flaps and bolo ties, as well as footwear like suede shoes or shiny Oxford brogues.

Teddy Boys were an influence on British mod culture, which came to being in the 1960s-1970s. Mods would never be seen outdoors without a sharp suit, usually matched with a pencil-thin necktie. Mod rock artists like the Jam won over yet more converts to the suit, as did landmark movie Quadrophenia.

In the 1980s, the ska movement became quite popular. This music and fashion movement blended Caribbean and Western influences. But even though the music was very different, incorporating elements of reggae and rock, the suit was once again the true star of the show.

Suit experts recognize the significance of British and American suits, which both have different cuts and date back over a century. The slim-cut, sleek-look Italian suit arrived much later, but has arguably had just as big of an impact on affordable suit fashion.

After the suit business’ 1980s heyday, men’s fashion hit a long period of stagnation, leading some modern customers to complain about the lack of good-quality, affordable suits these days.

Suitsupply, which ranked Number 1 in the Wall Street Journal’s “hard working suit” list, is set to change that. Along with Samsung C&T, the brand is on a quest to make the suit cool again, without leaving customers out of pocket. 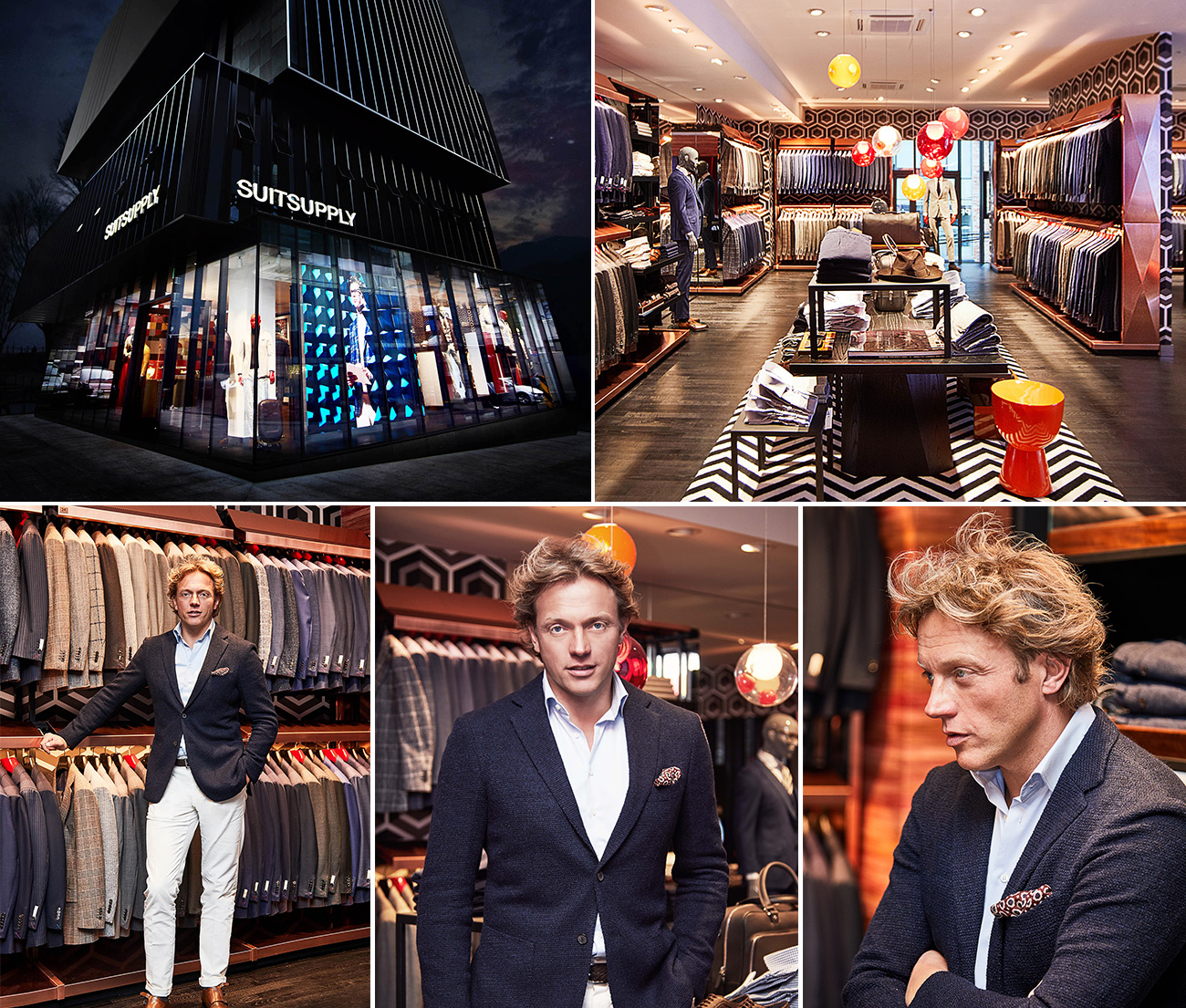 Although Suitsupply’s suits are reasonably priced, they are made of 100 percent Italian material. They provide a range of style, fabric and color options for men in their 30s-40s. And thanks to Samsung C&T’s Fashion Group, as of Spring/Summer 2017, they will also be available in Korea.

This month the fashion group will open the country’s first Suitsupply store in Seoul’s fashion heartland, Cheongdam-dong. The two-story, 240㎡building will feature 17 different suit items to start with, and plans are afoot to expand the range in the near future.

Author Gay Talese once said, “Putting on a beautifully designed suit elevates my spirit, extols my sense of self, and helps define me as a man to whom details matter.”

Women agree – polls have found that 33 percent of them wish men wore suits all the time. Recruiters also think a suit could help you land a top job. Most senior executives conducting interviews say that male candidates who come to interviews in smart suits are more likely to give a good impression.

From jazz-cat cool to rock chic and film-inspired fashion, time has proven that sharp suits will never go out of style. And thanks to the makers of affordable suits, you don’t need to break the bank to look good.

In Transit: Behind the Scenes at the Groundbreaking Riyadh Metro Project