The Future of Urban Transportation?

As city populations around the world continue to grow, so does the need to find infrastructure solutions able to support the mobility of inhabitants. Given the saturation of existing metropolitan spaces, underground roads could be the perfect solution for future urban transportation problems.

55% of the world’s population live in urban areas, a figure that is expected to grow to 68% by 2050, says a recent UN report. Given this, much of many major cities’ space is dedicated to vehicular transit, with motorways and overpasses an increasingly familiar sight. Clearly, infrastructure solutions need to be found.

The world’s first subterranean railway, the London Underground, opened in 1863, and today there are over 150 metro systems on the planet. Following this example, the next step for urban transit promises to be the underground road. Not only can subterranean transport systems help ease traffic in congested city zones, but it also can help cut down on pollution when renewable technologies are employed and increase a city’s sociability as urban space is allocated to pedestrian-only public spaces.

The rate of construction of tunnels and other underground structures is growing worldwide, with the global yearly market valued at over US$100bn, according to WTC 2018. A sure sign of the potential  underground solutions have,  many global companies have recently announced subterranean projects as urban congestion solutions. Construction company AECOM is working with the Swedish government on the E4 Stockholm Bypass, with 17km of the 21km motorway constructed underground. 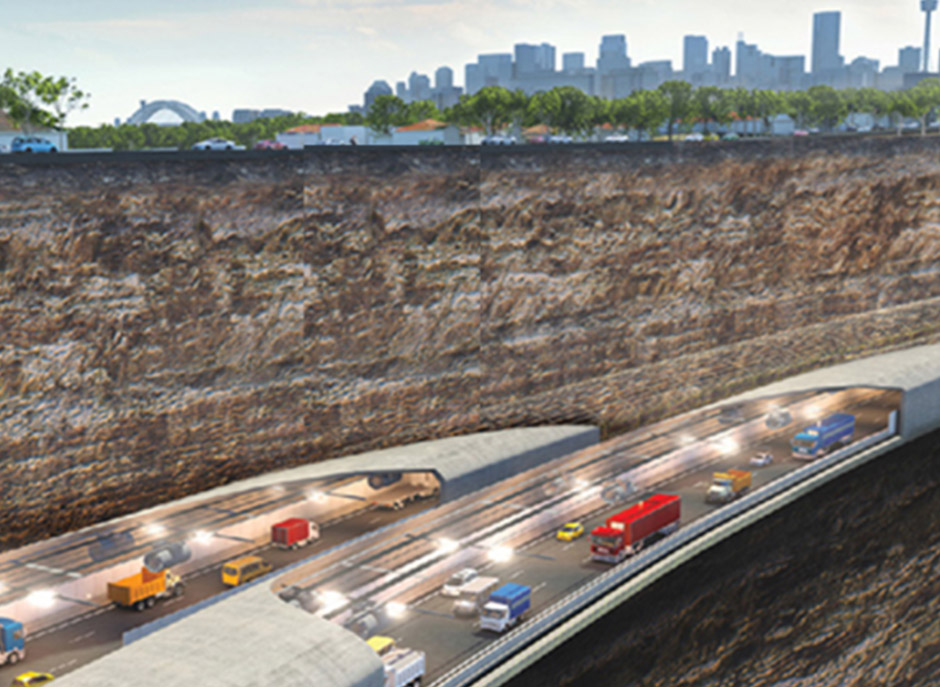 Samsung C&T Construction Group recently won a bid to develop a 12.9km underground motorway in Western Sydney, Australia, securing its full involvement in the WestConnex transport scheme developed to alleviate congestion in the Sydney metropolis area. The depth of the tunnels will ensure minimal disruption to residents during both construction and operation, and the tunnels themselves have been designed to provide the optimum ride for motorists, including modern ventilation systems that meet stringent air quality standards. Not only will the project provide crucial support for the city’s long-term population growth, it will also create jobs and connect communities in the affected area.

While the benefits subterranean roads have to offer raises the question as to why such infrastructures have not been developed sooner, setbacks have previously prevented these projects from flourishing. Not only can these constructions be costly, but tunneling in metropolitan areas requires that the ground surface not be disturbed so as to avoid disruption to existing infrastructures.

Yet in recent years, technology has improved, and projects that were once considered beyond engineering abilities have become possible. In order to avoid surface disruption, tunnel boring machines have been developed with positive face control to facilitate focused, localized construction. The increased use of 3D scanning technology in construction practices has made the excavation and utility detection process of underground spaces much quicker, making it easier to meet strict metropolitan regulatory practices. Furthermore, the use of BIM (Building Information Modelling) technologies has facilitated efficient design and construction through centralized data handling, streamlining the complexities common to infrastructure projects and assisting to minimize environmental disruption.

As tunneling technology becomes more sophisticated, underground road construction processes are becoming more efficient, saving both resources and time. 3D scanning and BIM technologies ensure that project runners have the best possible overview of the space they are tunneling into, reducing the risk of geological obstacles creating lengthy delays mid-project, and ensuring tunneling operations can be completed as productively and as on schedule as possible. These optimizations mean that underground road construction could become the timely and efficient answer to existing urban congestion problems.

The Future of Urban Travel

Harnessing subterranean space for industrial problems is not a new practice. Underground tunnels and spaces are already in use all around the world, serving as storm overflow channels, inter-basin water transport tunnels and secure locations for scientific research bases thanks to the lower earthquake affect risk underground spaces offer.

Furthermore, the technology and scope to transform urban mobility through underground roads already exists. Samsung C&T is one such company that possesses the know-how for such constructions, having won recognition from the Building and Construction Authority of Singapore for their work on the partially-subterranean Marina Coastal Expressway and subsequently being awarded the project for the construction of the first double-deck underground expressway in Singapore.

Samsung C&T’s subterranean construction methods, with a focus on technologies developed for productivity and efficiency, were also harnessed during the construction of the Al Salam Street Project in Abu Dhabi, becoming the Middle East’s longest traffic tunnel. The project also had the added benefits of improving the area’s lighting, paving, irrigation, sewage and storm water draining, contributing to a cleaner and more hospitable urban space for residents as well as motorists. 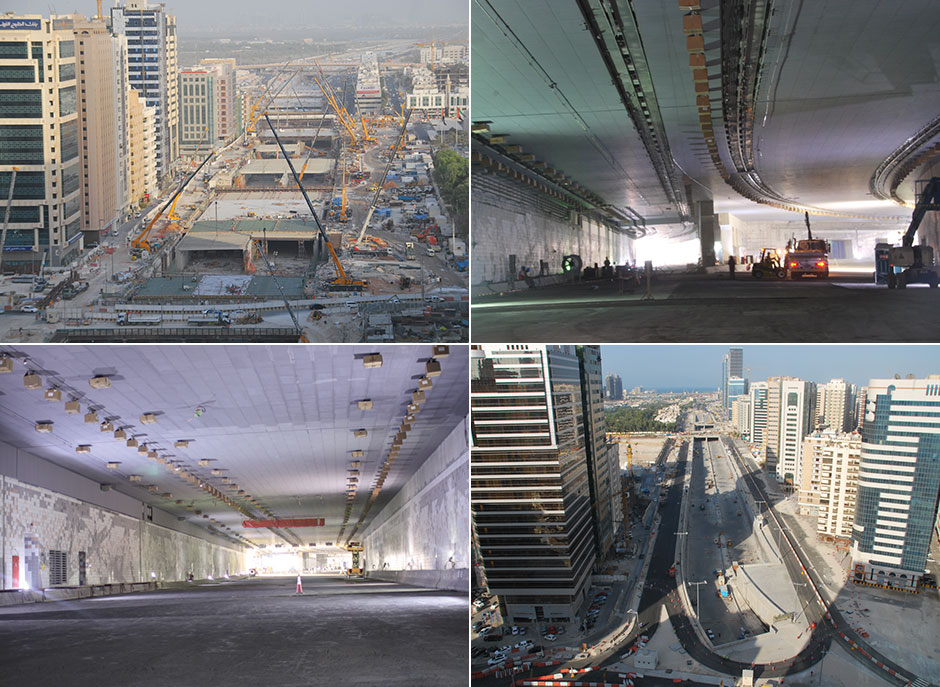 Underground roads can alleviate the burden growing congestion levels have on our cities. Such projects do require a lot of time, for planning as well as construction, but the long-term benefits they have to offer make them indispensable for future urban development.

Effortless Styling for All Occasions: Why Plaid is Leading F/W ’18 Fashion