Construction sites may be the last place to come to mind in search of visual beauty, but sometimes, depending on the angle, captivating images can be discovered amidst the rough edges of steel and concrete.

Find out which images stood out among the entries, which were sent from a select group of discerning eyes from worldwide C&T departments and staff. 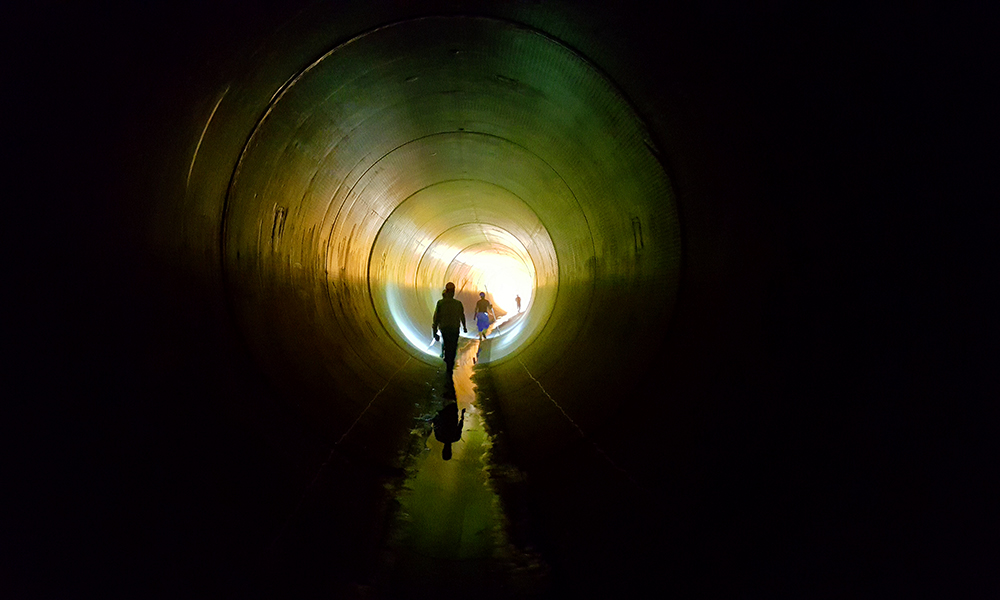 "Into the Deep World"
Senior Associate Byungook Ryoo was awarded first place with his photograph taken from inside of a tunnel on a construction site. As part of the Civil Estimation and Design team, which helps plan and execute upcoming projects, he was able to capture an exciting moment during the construction process that is not commonly seen by the public. 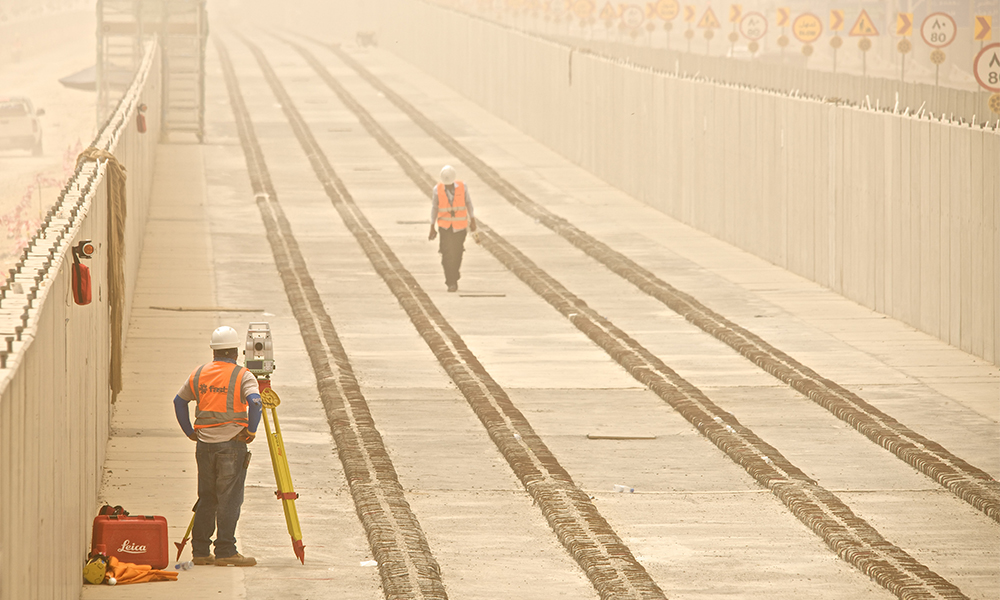 “At the Grade Site”
Saeyoung Yang, a Senior Associate of the Saudi Riyadh Metro project team, took this photo while the project was in its grading phase. Grading ensures that the landscape for a construction site is levelled, creating a sturdy foundation for further building. 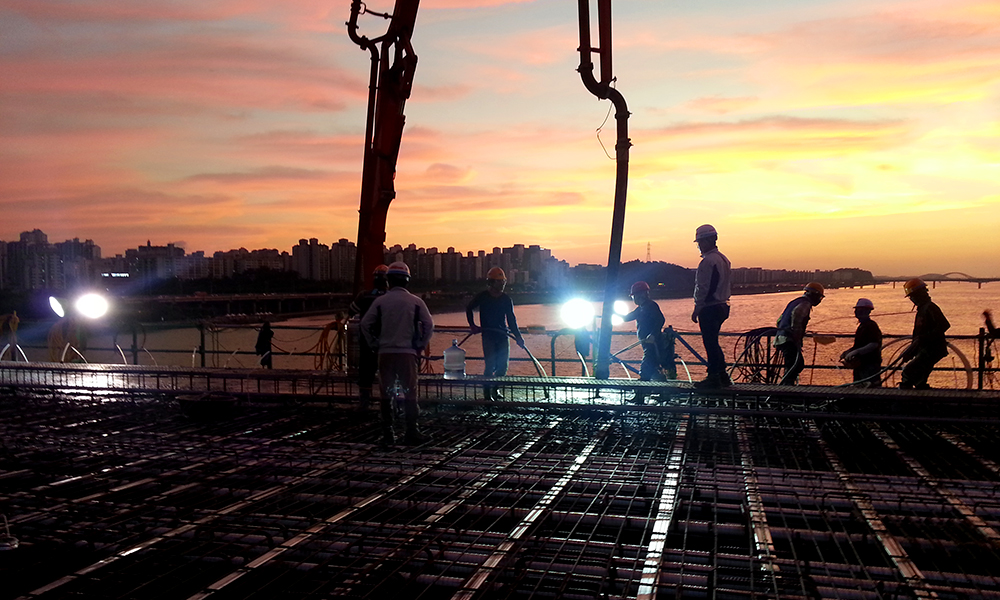 “On the Horizon”
The World Cup Bridge in Seoul is expected to be finished by the end of this year, and will be the 22nd bridge to lie over Han River. As a Senior Associate on the project’s team, Gyusik Lee captured a moment at sunset featuring the bridge’s construction workers. 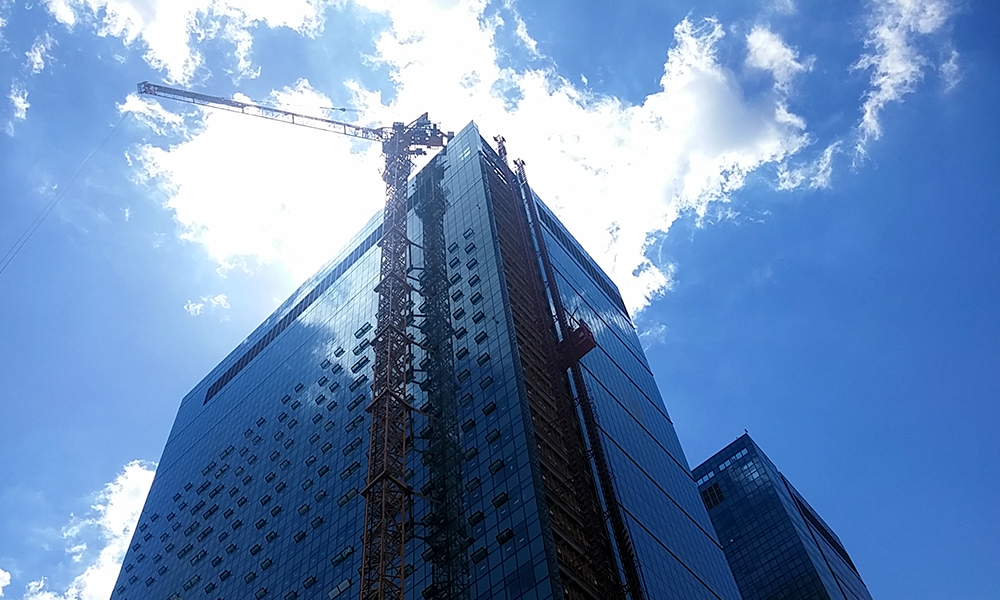 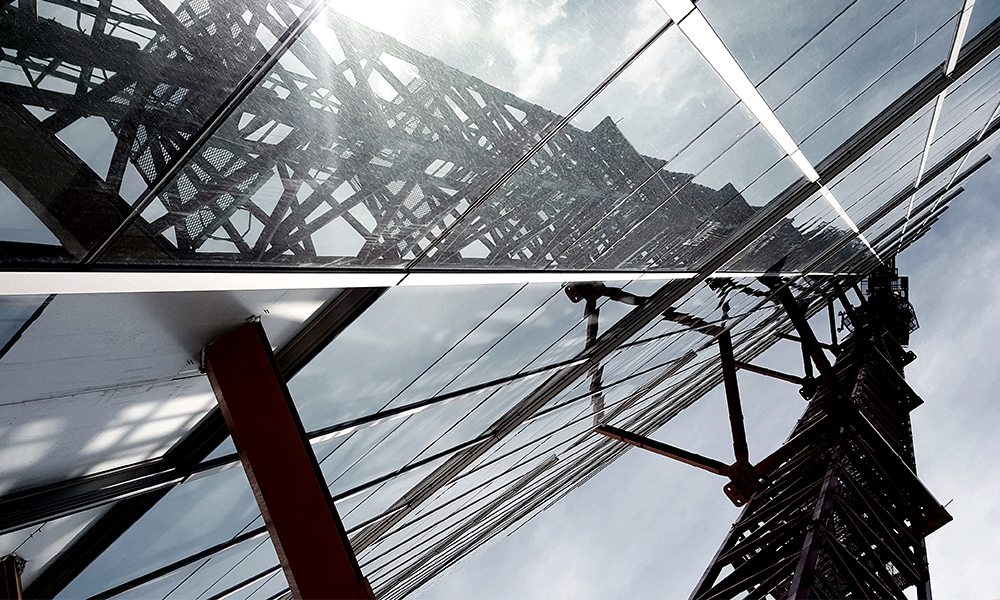 “Rising Blues"
Looming skyscrapers already make for an awe-inspiring visual, particularly in this construction scene of the DSR C Tower extension project. An On-the-Job (OJT) recruit of the DSR Project’s Phase 2 team, Nawon Jeong, was able to capture the picturesque view of the process from below. 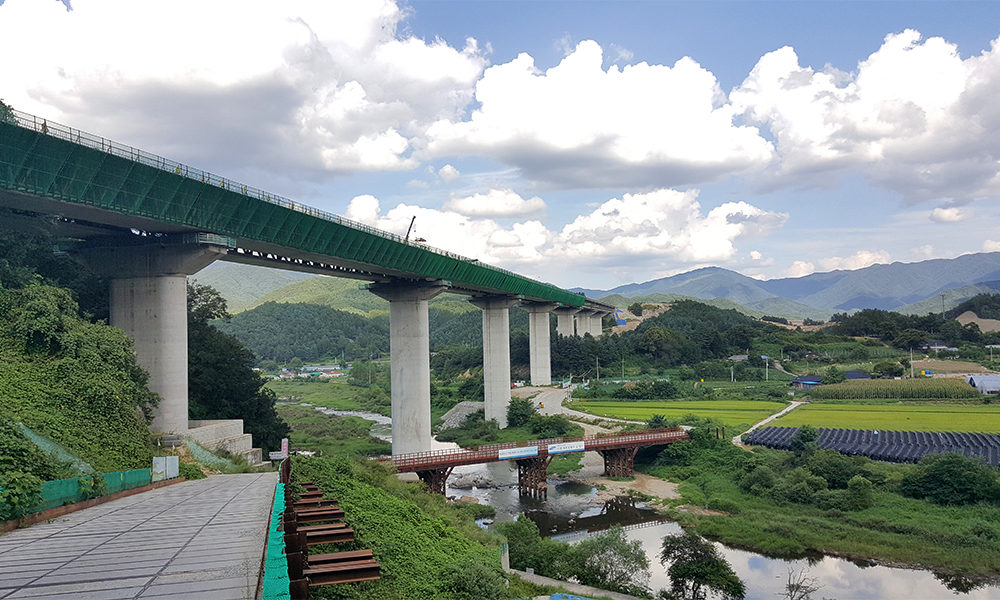 “Melting Away into Clear Skies and Mountains”
Seokbin Lim, Deputy General Manager of the East-Hongcheon Yangyang Expressway Section 7 team, captured an especially scenic picture of the Naechon Creek Bridge in Gyeonggi-do. The pastoral landscape makes for a stunning background. 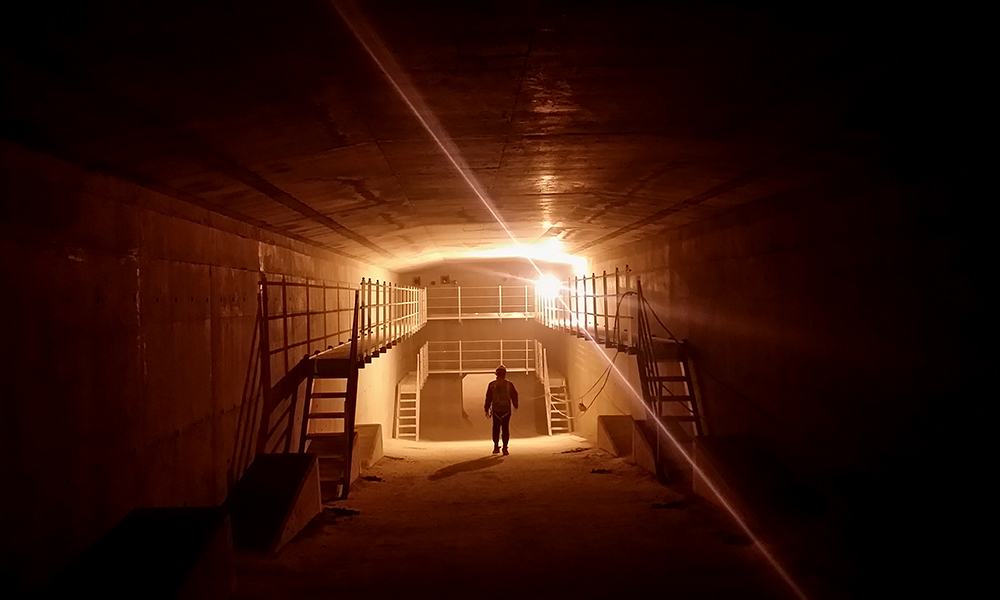 “My Way”
In Section 13 of the East Hongcheon-Yangyang Expressway, the project’s Assistant Manager Seung Kyeong Kim portrayed a solitary moment of one of the workers. With the title “My Way”, the bronze-medal picture evokes the audacity needed to work on a massive construction site. 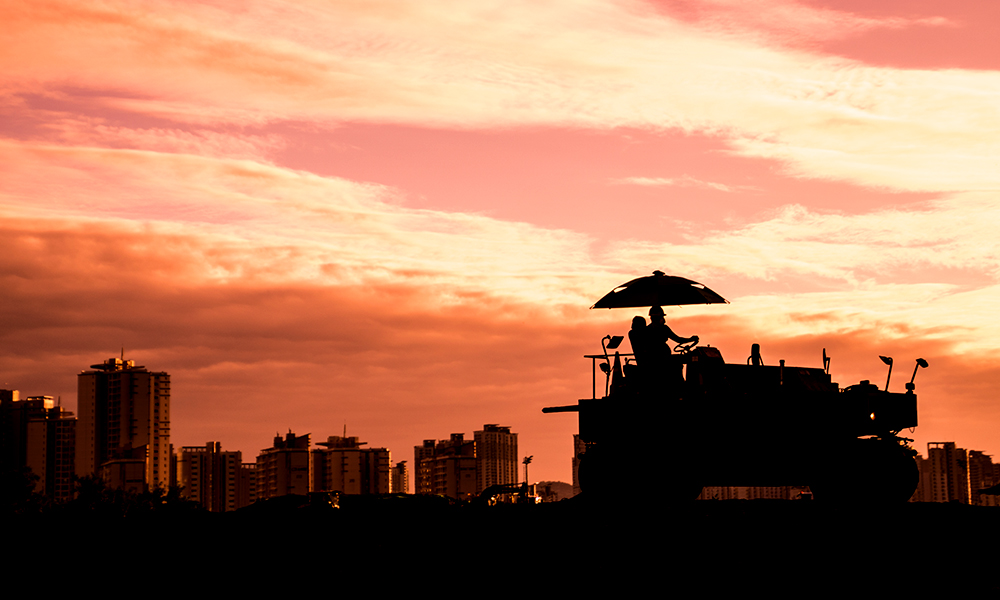 “Hakuna Matata”
“Hakuna matata” means “no worries” in Swahili, and that is exactly the sense one gets after looking at Bryan Park’s bold sunset photo. Here, Park, a Senior Associate on the Civil Business unit and a member of the Samsung Electronics Infrastructure Project team, shows a scene of a day winding down at the site. 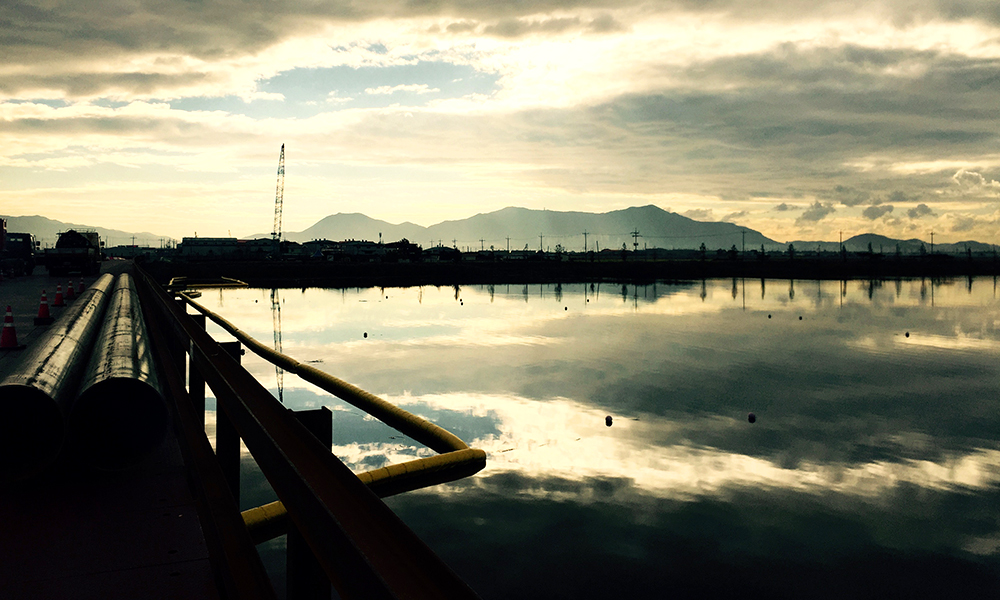 “A Calming Journey”
Sejong Yoo, a Senior Associate working on the Bujeon-Masan Railway team, contributed his photo of the serene setting near the railway. Located in Busan, Korea, the double-track railway is expected to be completed by 2020. 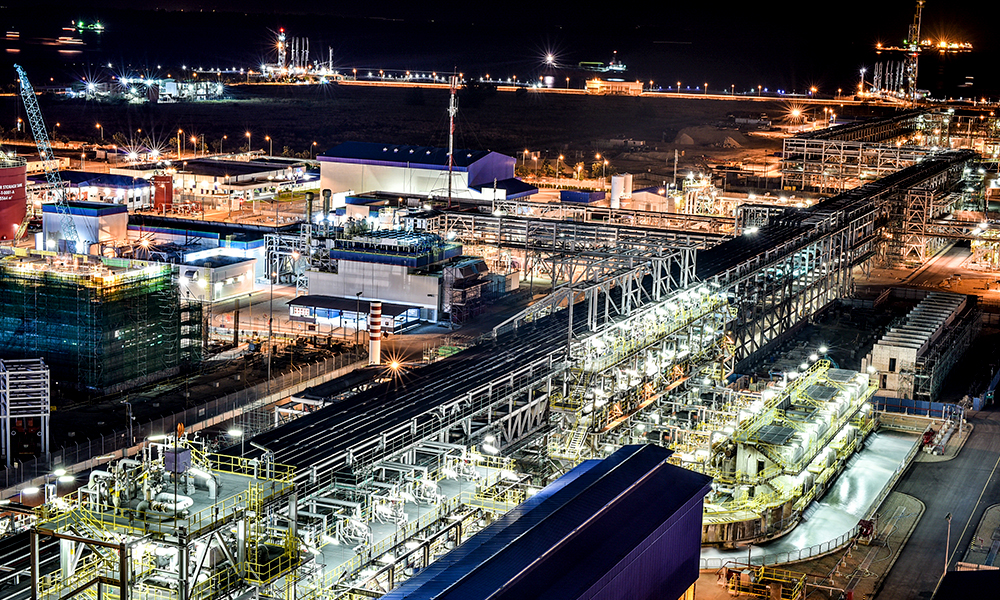 “Night Light”
Samsung C&T has worked on various LNG (liquefied natural gas) terminals worldwide, including the first LNG terminal in Singapore. For the third phase of the terminal’s expansion, the company will install a record-breaking 260,000 cubic meter storage tank. Ocean Shin, a manager on the project, captured the intricacies of the terminal at night. 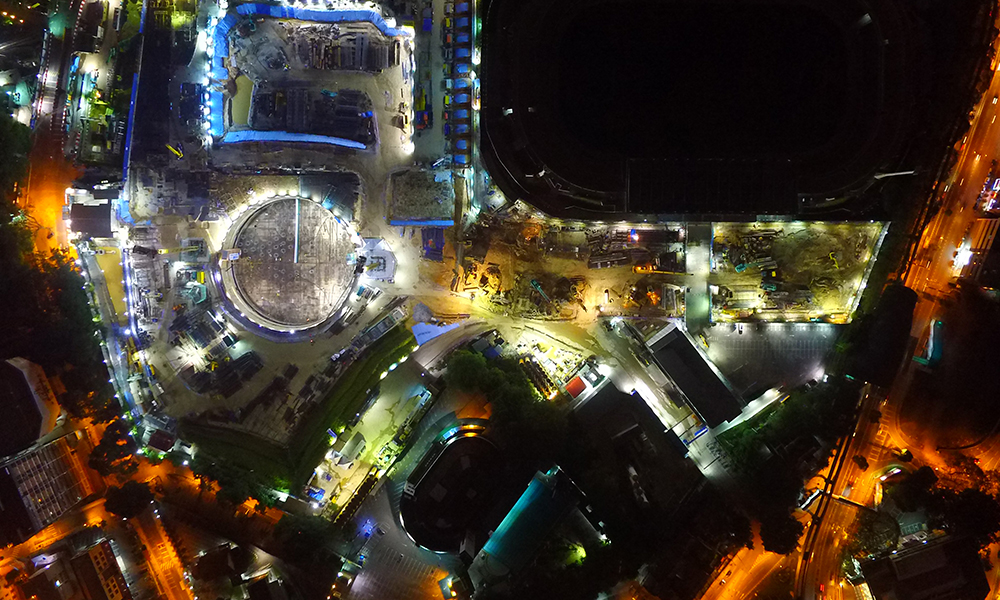 “The World Below”
With a height of 644 meters, the KL 118 Tower will be Malaysia’s tallest building (and the world’s third-tallest building) when it is completed in 2019. The project’s OJT recruit, Sungjun Cho, took an illuminated portrait of the tower’s construction site from a bird’s-eye view. 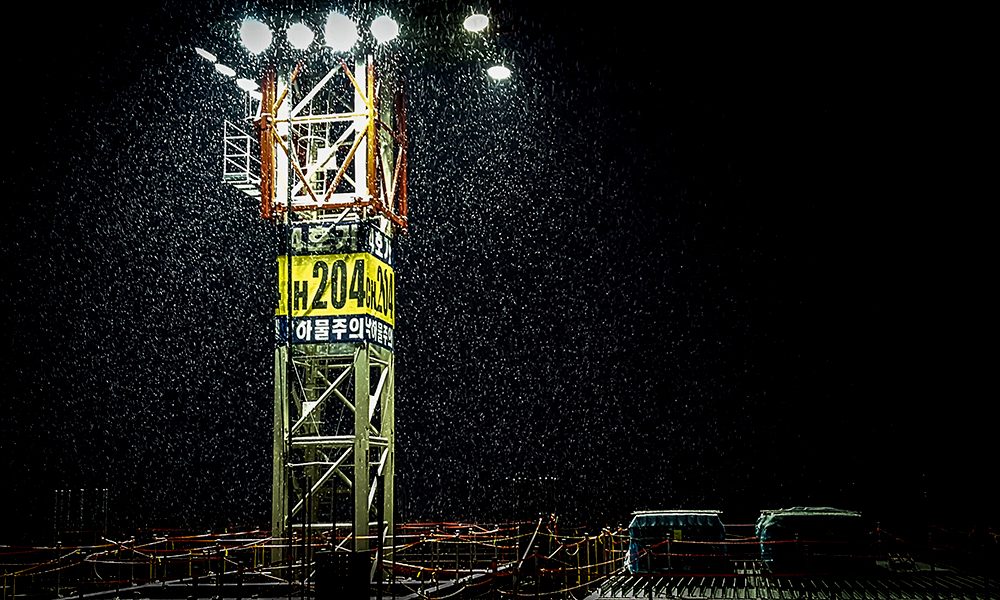 “First Snow”
The P-Project, carried out by Samsung C&T for Samsung Electronics, is one of the biggest semiconductor factories in the world, located in Pyeongtaek, Korea. Senior Associate of the P-Project team, Jihyoung Kim, won recognition for his enchanting photo of an onsite tower being sprinkled with snow.

This collection of employees’ remarkable photographs show some of the most intriguing and dynamic scenes from the company’s vast portfolio of projects.

Creativity is an important ingredient that propels Samsung C&T’s work, and collaborative activities such as this photography contest are just one of the unconventional ways the company gathers inspiration from its offices around the world.