Working with and learning from nature

Anthropogenic climate change and our response to it continue to remain near the top of the agenda in terms of global problems that humanity must tackle. In the 2020 World Economic Forum held in Davos, Switzerland, the climate crisis was one of the top priority discussion items, while in late 2019 the European Commission announced a European Green Deal aiming at carbon neutrality for the EU by 2050. Meanwhile, there has been one positive development from the United States: according to the U.S. Energy Information Administration, in 2019 U.S. annual energy consumption from renewable sources exceeded coal consumption for the first time since before 1885.

The construction industry has not been unmoved by these developments. There is a growing understanding within the sector that buildings must be made smarter, greener and healthier. Consequently, environmentally friendly techniques are more frequently seen in new construction projects.

In Korea, the National Institute of Ecology (NIE), the largest ecological greenhouse in Asia, provides the typical example of eco-friendly construction techniques from its planning stage to its architectural characteristics. Built by Samsung C&T’s Engineering & Construction (E&C) Group, this structure includes several examples of technology in the area of energy reduction, utilization of renewable energy, and decreasing direct CO2 emissions. Not only that, but the NIE’s design follows the contours of nature to create a unique visual effect. 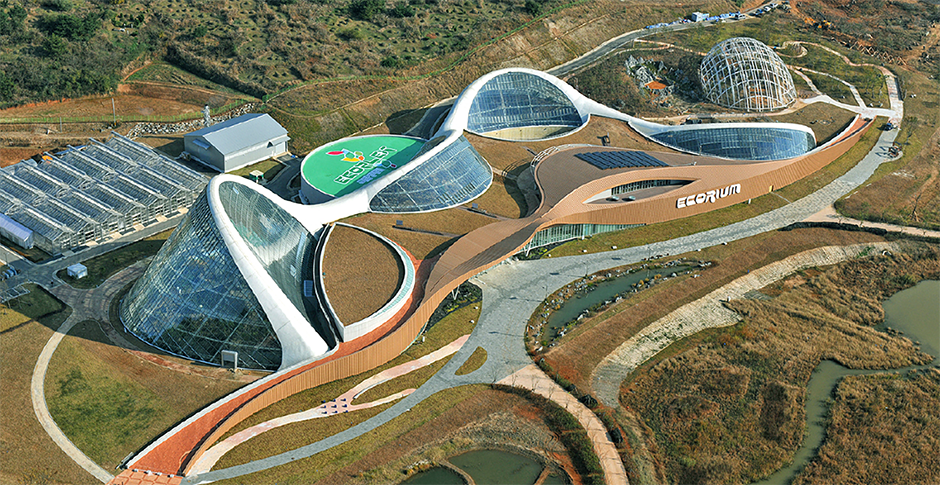 Working with nature to build better

As one would expect with a greenhouse, the NIE has large windows to allow natural light and heat in, reducing the need to use electricity for lighting. That’s not all. In fact, by using triple-glazed glass for climate control (to prevent heat loss or excess heat from coming in), high density insulation on building exteriors, and waste heat recovery units, the NIE is able to cut overall energy consumption by more than 70 percent.

Various types of renewable energy are used in combination at the NIE, totaling more than half of its operating energy needs. Geothermal energy is used in heat pumps to reduce heating and cooling bills by taking advantage of a constant and stable supply of heat from below the earth’s surface. Recycled and waste wood, rather than oil or gas, is used as fuel for lignocellulosic biomass boilers that supply heating, air conditioning and hot water. In terms of solar energy, the NIE has an active solar system that heats water using warmth from the sun and uses it for hot water. It also has rooftop-mounted photovoltaic panels that produce some of the electricity used inside the buildings.

In the space around the buildings a forest of willow trees has been planted. Willow trees absorb more carbon than many other types of tree. The forest at the NIE can absorb about 745 tons annually, offsetting 86 percent of the emissions generated each year by operating the complex. 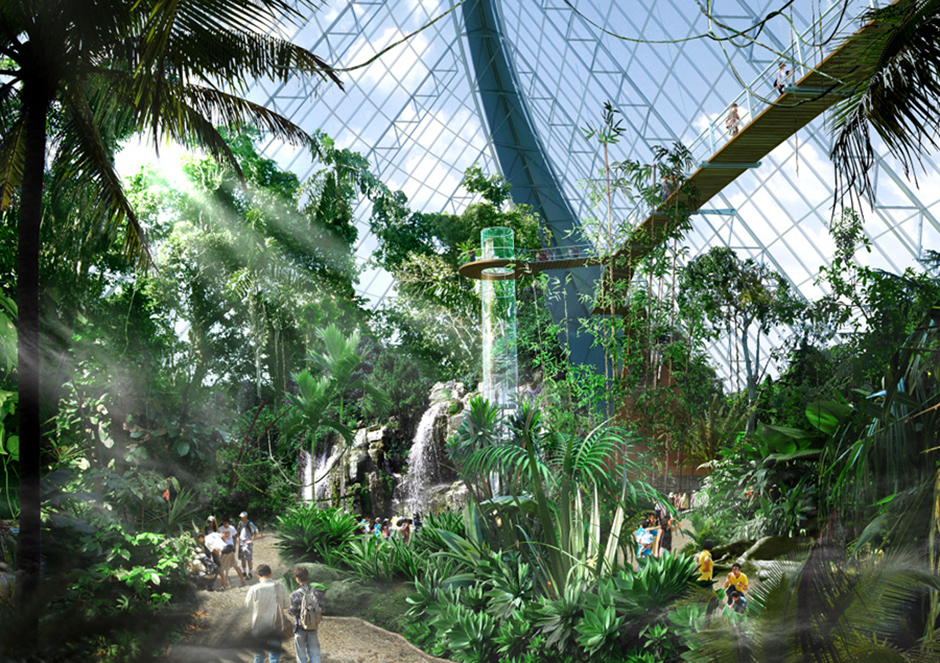 Learning from nature to build better

Nature does not often show straight lines, and even more rarely right angles. Most living things, whether flora or fauna, show curves. Inspired by this principle, Korea’s NIE has been designed to resemble natural forms in its shape. This is why so many of its surfaces are curved and flowing, rather than straight and angular.

Most curved surfaces in the NIE are one-way curves, and multiple-curved panels are used to connect one-way panels to each other. Overall, the effect is distinctive, giving the NIE the appearance of being something that has grown up from the ground rather than a building that has been constructed. 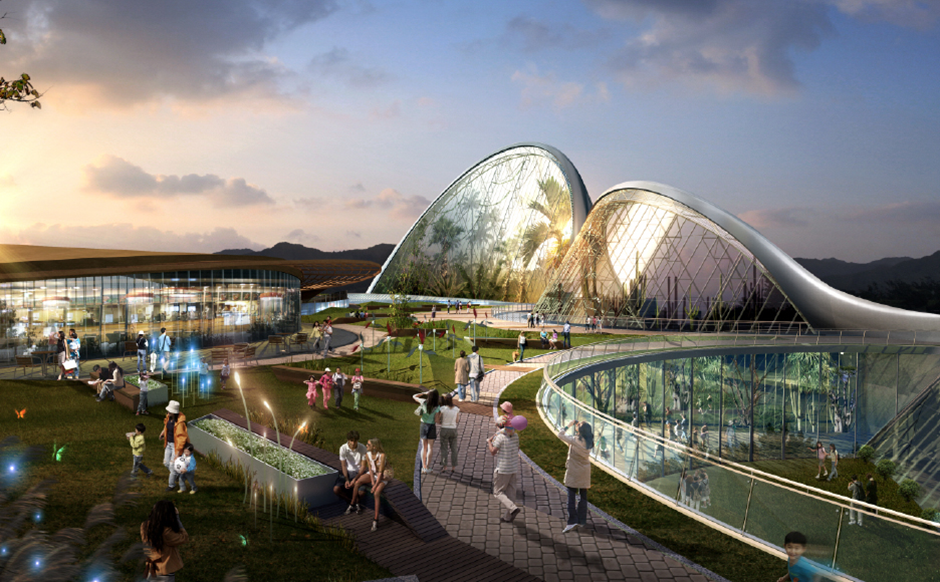 In its construction, Korea’s National Institute of Ecology has both learned from and worked in consideration of nature, becoming something that is both aesthetically appealing and environmentally friendly. Samsung C&T E&C Group will continue to utilize the most modern construction technologies to realize projects that are attractive, consume less energy overall, use more renewable energy, and absorb or offset more carbon emissions.

Beanpole’s face masks for safety and for style